From the vault: We moved into our farmhouse in 1990, the year this piece ran in the Schenectady Gazette, so much of the reminiscence herein -- including the very real story of frozen Christmas pipes -- was inspired by the downtown Schenectady house we'd fled. But it might as well have been written about the new place, through which chill winter breezes continue to skitter. 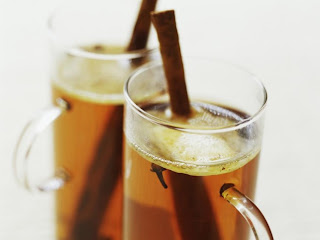 Once the hill behind my house disappears beneath its winter-long blanket of snow, many of the neighbors break out toboggans and sleds and dot the side of it, descending in crazy zigzags. Others strap their limbs into skates and whirl on the frozen water I can see from my window.

I don't sled, skate, toboggan, or ski. Because winter offers another sport, even more demanding in its regulations, that I play for the entire season. It's the simple challenge of staying warm.

Sure, it’s my fault for living in a drafty old farmhouse, but I accept the fact that year after year this month will sound a silent starter’s pistol: On your mark. Get set. Get toasty!

The rules are simple. Maintain a surrounding warmth of at least 80 degrees, and don’t get a stiff neck at night. The elements are few, consisting of various combinations of clothing, insulation, fuel, and alcoholic beverages.

It shouldn’t surprise you to learn that the initial event takes place in the bathroom, when those first brisk days of fall send their chilled fingers to find you just as you’ve stepped out of the shower. That’s when the space heater is broken out of its summer wrapper and installed near the sink. And my wife, who usually decries my use of electricity as indulgent and ecologically unsound, makes not the slightest murmur of protest as I prepare for heated ablutions. She’ll be there next. A clear win for me, although it’s really a pre-season warm-up.

Clothes rotation follows, bringing the sweaters and other woolens out of their mothballs and packing the short-sleeved stuff in their place. This is when I discover that another lazy summer of too many cookouts has caused the sweaters to ride up around my middle, and they’ll have to be replaced with items from the 2XL bin. Give winter the point for a tie score.

Nights send the thermometer plummeting, so the bedroom hosts the next encounter, a lengthy bout of Find the Draft. The bay windows are the obvious choice, and each year we improve upon the last. Packing insulation in the window pockets seems to work until the next bout of frigid gusts, and then there’s the feeling that the cold is coming up through the floor from the living room. A chance visit to the bedroom closet suggests that it’s a leak from the attic, and insulation is duly applied. But this is a process that never will end, and can only be scored as a draw.

Next, a break for disaster. What will this year bring? Can it top last year’s spectacular frozen-pipes-on-Christmas diversion? It was difficult to score the outcome of that one, which took us during the course of the holiday morning from heat tape to space heater (a temporary bathroom sacrifice, but no point loss because I couldn’t shower anyway) to the radical and possibly illegal use of a propane torch. The old galvanized pipe stood up to it and the plug was melted. That section then got a permanent wrap of heat tape, but it also required installation of a new electrical outlet. It was an all-day project that we’ll have to say gave winter the edge.

This year we’re laying in extra heating tape and a spare thermocoupling for the hot water heater. The oil burner has been inspected and the chimney swept clean. We have candles and a kerosene heater at the ready for the invariable power failure. We’re demanding points for preparedness, but winter is never that kind. Just as cold wind will seek out those unnoticeable cracks to sail through, so will winter’s disasters find your points of vulnerability to tickle.

We also put in an extra supply of pets this year with the knowledge that there’s nothing like dogs and overcoats to get the bed heated quickly, and if all else fails we’ll simply spend the day under the covers.

Cabin fever begins to hit late in January, which is when I go out for my annual bicycle ride. The neighbors watch for this one, which has nothing to do with the travel itself: it’s how I’m outfitted for the event. Closest to the skin are my sturdy duofold long johns, top and bottom. A pair of cotton slacks and an extra-large pair of jeans keep the legs happy, while above I wear a cotton turtleneck, flannel shirt, cable-knit sweater and down jacket with the hood cinched tight. Two pair of socks under good sturdy boots; a pair of socks under my mittens.

This is a way of thumbing my nose at the temperature, although that’s a difficult feat to accomplish literally given the fact that I can hardly bend my elbows or knees in that get-up. The ride takes me only a few hundred yards down the street and back, and serves as an excuse for another event: warming the toes.

Extremities take the most abuse from winter’s chill, and can only be warmed from the inside. And there’s no better agent for that than hot buttered rum. A character in Kenneth Roberts’s novel Northwest Passage has a splendid description of the effect of the stuff, properly prepared:

“ ... It ain’t a temporary drink, like most drinks. That’s on account of the butter. No matter how much you drink of anything else, it’ll wear off in a day or so; but you take enough hot buttered rum and it’ll last you pretty near as long as a coonskin cap.”

Although the accompanying recipe was for rum by the bucketful, I’ve worked it down to these by-the-glass proportions:

Set the cider to boil. Throw everything else into a large, sturdy mug. Pour the boiling cider on top. Drink quickly.

It also has the pleasant effect of making the overall score seem less critical, which is a good thing around February, when winter is at its most endless. That’s the time to go and look at the air conditioner you have in storage and try to convince yourself that you actually felt a need to use the thing not so long ago. A psychological point for that one.

Finally, no matter how often it happens, spring arrives with charming unexpectedness. A couple of blankets are peeled off the bed; a pane of triple-track is lifted and a screen lowered into its place.

The rich will be returning soon from warmer climes to bask along with us under summer’s sultry sun, but their exaltations are false and not to be taken seriously. Unlike them, we’ve earned our warmth.