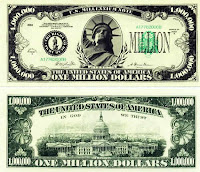 Such is the holiday largess in my household that Christmas Day inevitably dawns upon a scene of breathtaking wreckage – or so it seems until one realizes that the worst of the rubble is made up of hastily removed wrappings and boxes, heaped into an atoll surrounding this year’s booty.

Pacquette, about to make her début, displays the hand-tooled, whalebone-reinforced corsetry with which she hopes to redefine a figure currently bulging with an excess of convex complexity. Young Rutherford clutches a small plasticine box scarred with minuscule buttons and sporting a wren-sized color display, his slumber the sleep of one drunk with the glee of social networking, his fingers still twitching at the buttons like the paws of a blue-heeler dreaming of the chase. The twins have fled into their respective rooms, protecting their gifts from each other’s plunder despite my best effort to present items as identical as they.

What do you give to the wife who has everything? Chatty and I worked out a rider to the much-amended pre-nup, affirming that her claim to the yacht will be uncontested provided my ownership of the Meissen and Miró remains undisturbed.

Even Hungerford, our major-domo, has relaxed his reserve in order to enjoy my gift of a Saeco Exprelia, a bauble for the pantry that will speed him through his espresso consumption, returning him all the more quickly to my service.

Speaking of which: He is caught in mid-biscotti by the doorbell, which never before has sounded on Christmas Day. Brushing the crumbs from his waistcoat, he waddles through the foyer and returns to announce the visitors.

“Mr. Fortescue, from Excess Oil, and Mr. Lodge, from UniGold Express, to see you, sir.”

This was a how-d’ye-do. Gentlemen I had seen only in the boardrooms of their respective corporations, on which rosters I quietly serve and which entities have proven a salubrious enough tax relief to keep me interested. “I placed them in the library, sir.”

Which is a good excuse to abandon what’s proving to be a fruitless, frustrating attempt to wire the new 3D plasma television, Chatty’s highly self-interested gift to me, soon to reside in her bedroom beside the self-cleaning wine cooler.

“Gentlemen.” I offer each a Cohiba, nibbling the tips with the platinum cutter gifted to me by some sheik or other during the run-up to the war they so desperately sought. With cheroot ignited and a snifter of Hine to hand, I await their complaint.

“It’s this,” says Fortescue, an endomorph clad in an unpleasant green, no doubt an attempt at holiday finery. “We give and give and give and it hardly seems to matter. Here it is Christmas and we’re still being vilified in the press.”

“We let people know,” Lodge adds, “by taking out full-page ads – even in the New York Times! – describing our generosity. We listed the charities and communities who gained from us. And still they revile us. It’s all ‘one percent this’ and ‘one percent that.’ Those damn Occupy people got the better of us with their damn ninety-nine percent palaver.”

“It’s not like they knew what we were doing,” Fortescue complains. “We gave them an image of us drinking champagne and acting totally out of it. They don’t know that most of those pepper-spray canisters came from our corporate armory.”

I wave an airy hand. “Old news,” I tell them. “The Occupy nonsense is last week’s headlines. We busted up the last of their encampments. They’ll go back to saving owls and whales come spring.”

“But what do we do?” my visitors chorused in unison.

“Stop trying to do good. That’s not what we’re about. Are there no prisons? And the Union workhouses – are they still in operation?” To their puzzled fish-eye faces I explain, “It’s from A Christmas Carol. That’s what Scrooge demands of the fund-raisers who visit him. It’s part of what makes him so evil.”

I stand and tip my ash into a Yuan vase. “How much of A Christmas Carol deals with Scrooge’s redemption? Very little! He’s far more fascinating when he’s bad. Who comes across as a more complete character: George Bailey or Henry Potter? Exactly. The so-called ninety-nine percent define themselves as bastions of moral purity – more like the ninety-nine and forty-four one-hundredths percent. Let them! We’ll be the fifty-six hundredths percent! Sixty-six hundredths of greed and corporate evil! That’s what keeps us fascinating – and that’s what all those little sanctimonious bastards aspire to be! Without us, they’d lack purpose. And they wouldn’t be spending their money on the shit we advertise down their throats. No, no, gentlemen – forget the charity nonsense. Draw those purse-strings shut. Go back to your manses, lock the doors, and count your money – because it’s all yours.”

With that, I drain the Hine and fling the Baccarat bowl into the fireplace, where the cognac remnants sputter with flame. My guests leap to their feet and pump my hand. “You are a genius!” they exclaim tautologically.

“Only common sense,” I murmur gratefully. We move to the hallway, where I can hear the sound of Rutherford squalling, no doubt under Pacquette’s intolerant lash.

“Have you plans for Christmas dinner?” asks Lodge. “We have a Gulfstream Five warming its afterburners at Teterboro, bound for a debauch in Dubai.”

I grab my astrakhan and deerstalker and slip out the door with them. Merry Christmas!