IT’S EASY, THESE DAYS, to investigate the evolution of motion pictures, but live theater is an experience of the moment and wears its history only insofar as a contemporary play accumulates trends of the past. But those trends tend to get thrown off as theater evolves and a presentational acting style turns naturalistic and then more naturalistic still.

By the time George M. Cohan wrote “The Tavern” in 1920, Eugene O’Neill was winning the Pulitzer Prize for “Beyond the Horizon” and Broadway was about to get his “Anna Christie,” while Shaw’s “Heartbreak House” was playing down the street. In the wings were such playwrights as Maxwell Anderson and Sidney Howard and that innovative juggernaut, The Theatre Guild, all poised to change the face of Broadway entertainment – but this also was the year of “Frivolities of 1920" and a revival of “Floradora.”

“The Tavern” opened in the midst of all this as a both a tribute to and satire of the simplistic melodrama that O’Neill et. al. sought to supersede. This kind of story must have bubbled in Cohan’s very bones, given his by-then very long theatrical career, both as a writer and performer. He grew up touring in vaudeville and minstrel shows, and, with a long line of successes behind him, became fascinated with a script deemed so lousy by another producer that he sent it to Cohan just to share a laugh.

The Gypsy for Me

From the Classical Vault Dept.: Among of the highlights of my busy reviewing schedule thirty years ago were the trips into New York’s Washington County to a converted dairy barn where the chamber group L’Ensemble performed. This also dates back to when I typed my review into a terminal in the office of the Schenectady Gazette, and thus have no computer file in my archives. I assembled booklets of clips from that era, and have enjoyed going through my thirty-years-ago cultural history.

THE FIRST SURPRISE FLUSHES OF FALL provided an atmospheric setting Saturday night for L’Ensemble’s “A Gypsy Summer” at the group’s not-too-modified barn-cum-concert hall in Cambridge, NY. 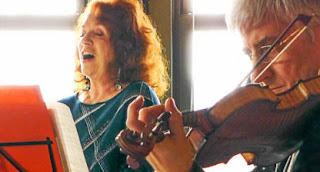 The spirit of the Hungarian fiddler was effectively captured in performances of mainstream classical chamber music with characteristic gypsy elements.

The idea for this program came to artistic director Ida Faiella last New Year’s Eve at a café in Budapest, she explained in her introduction; as a performer in the first half of the Cambridge concert, she sang Brahms’s “Ziegeunerlieder” with a vivacious understanding of the evocative poems.

Brahms spent some time performing with a violinist who shared with him the characteristic sounds and stylings of the gypsy’s music, so that the composer could inform even original melodies with an appropriately exotic flavor.

From the Vault Dept.: The New Vaudeville still struggles to find a mainstream toehold, and I suspect it never will. Which, while it may help preserve its weird, antic nature, renders it hard to find outside of the biggest cities. Here’s a 30-year-old look I took at one such event, brought from Washington County into Schenectady’s Proctor’s Theatre.

SOMETHING WONDERFUL HAPPENED at Proctor’s Theatre Saturday night, although it left much of the audience wondering exactly what it was that had happened. It was funny, it was tricky, it sang, it danced, it disappeared. 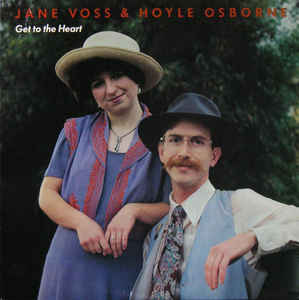 It was the New Vaudeville Show from Hubbard Hall, originating just upstate in Cambridge, Washington County.

Now, it wasn’t vaudeville with potted palms and signboards, and there wasn’t a dog act anywhere near it. In fact, it was a collection of five acts with a cooperative attitude. Let’s look at them one by one.

George Wilson is a fiddler who looks the part: bearded, grey, red suspenders. He gave us a medley of contagiously fun rhythmic material that made you want to get up and dance, which is exactly what clogger Ira Bernstein did throughout the show. Joining Wilson for tapping or clogging, Bernstein started off in jeans and ended up in a modified tux, and in the course of things gave us the exuberance of Ray Bolger and the elegance of Astaire – with some down-home heel-kickin’ thrown in.

The Wright Bros. aren’t consanguineous brothers, as they explain in a comic song, and yet it seems as if they must be related. They must be. You get the feeling that this must be what the five Marx Brothers were like, but with a dash of Three Stooges thrown in. They juggle, they dance, they sing (with dreadfully funny results), they tear up the stage.

THERE’S NOT A BIG BARBECUE PRESENCE in Provincetown, Mass. Stroll down busy Commercial Street and you’ll be exhorted to try burgers and pizza and, of course, seafood. So my wife and daughter and I were delighted to learn of a fairly new place with a wonderfully impressive moniker.

The first surprise at Two Southern Sissies is that the barbecue on offer, which includes pulled pork and beef brisket, isn’t smoked. The second is that it’s nevertheless delicious. Not that it should be any surprise: although he was raised in upstate New York, co-owner Keith Lewis claims a Virginia heritage that goes back far enough to number explorer Meriwether Lewis among his forebears. “My father was the first in the family to stray farther than fifty miles from home,” Keith explains.

Thus, his recipes are taken from a long family tradition, but adapted to be more healthful than might otherwise have been the case. Hence the smoke-free slow-cooking, not to mention ingredients that come from grass-fed, humanely raised critters and, when possible, local farms.