From the Fairly Recent Past Dept.: This interview with Glimmerglass Festival Artistic Director Francesa Zambello was written before the start of the 2012 season, when she still was fairly new in town; since then, she has made the place and its productions better and better. This summer, Stephen Sondheim’s “Sweeney Todd” will be featured, along with Puccini’s “La Bohème,” Verdi’s “Thieving Magpie,” and Robert Ward’s “The Crucible.” More info here.


SHE HAD WHAT COULD BE ARGUED was the best possible Metropolitan Opera directorial debut, with her 1992 production of Donizetti’s “Lucia di Lammermoor” getting all but booed off the stage. Not only did Francesca Zambello’s stock as a director shoot way up, bringing a series of international engagements that has yet to slacken, but she also was invited back to the Met a decade later to helm what became a much-lauded production of Berlioz’s “Les Troyens” – which she’s repeating at that opera house this fall.

Last summer, she took over artistic and general direction of Cooperstown’s Glimmerglass Opera and immediately dropped from its moniker the O-word. It’s now the Glimmerglass Festival, and part of it mission is to present a season that mixes all manner of musical theater, from outsized opera to vintage Broadway, while adhering to Zambello’s vision of the Festival’s mission.

“This season is about ideas for social change,” says Zambello. “I chose works that could inspire discussion about those issues, and we’ve scheduled events beyond the productions themselves that allow us further exploration of those themes.”

Although Meredith Willson’s perennial “The Music Man” might seem to resist such a theme, “It has a message about music and community and Main Street USA,” says Zambello. “Which we are. And Marcia Dodge, who is directing it, has updated it to World War Two to give more of a social message and a sense that it doesn’t feel locked in a particular time period.

Guest Blogger Dept.: Joey Nash was a singer with Richard Himber’s Ritz-Carlton Orchestra during the mid 1930s, but he also was a skilled an effective writer, as this tribute to his buddy Fats Waller well proves. It appeared in the gatefold of a 1975 two-record set that began an attempt to issue all of Waller’s recordings, a project that eventually saw fruition in six multi-CD sets on the JSP label. 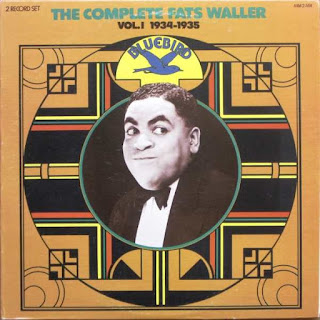 THE MILK TRAIN LEAVING WASHINGTON enroute to New York was jammed. The locked windows and the conglomerate odors of muscatel wine, unwashed bodies and garlic infested sandwiches made breathing a horrific experience. During the mad rush for a seat I became separated from the rest of the guys in the band and wandered through car after car looking for a place to park my body. Finally I found an empty space, threw my sax case on the rack above me and flopped down.

I was exhausted. I had just finished a college gig with the Vincent Lopez band. It had been a rugged day—and night—what with the ride to Washington, a miserable dinner of an overcooked hamburger, heartburn coffee and seven hours of non-stop playing. I hated the music business and fervently wished I was a ditchdigger. My crumpled tuxedo, starched dress shirt and collar felt grafted to my sweaty skin.

The Simple Act of Bending

The simple act of dining now they tell me is a sin.
Don’t eat red meat! Don’t eat those carbs!

Don’t eat that chicken skin!
It isn’t worth the time it takes to get my dentures in:
The simple act of dining now they tell me is a sin.

The simple act of darkness, as the sex act once was known,
Was always over-rated, over-long, and over-blown.
The seeds of love I’m sowing are now seeds already sown,
So if you want my loving, keep in mind: you’re on your own.

A delightful ditty from 1937, dedicated to all political candidates, office-holders, Super-PAC donors, and anyone portrayed in "The Big Short." And that's just for starters.

THE MUSIC OF PDQ BACH RETURNED, with orchestra, to a New York concert hall just after Christmas for two performances; I attended the first of them and, as expected, it was a joyful and nostalgic event.

Although usually scrupulous in his writing, the New Yorker’s Alex Ross previewed the concerts with the assertion that Prof. Peter Schickele would be making his dilatory entrance “swinging from a rope.” This is a lesson in the power of tradition. Prof. Schickele has made many memorable entrances over the years. He has raced down an aisle and belly-flopped on the stage; he has been discovered asleep behind the onstage podium; he has even strolled in on the arm of a pneumatic blonde who giggled at each mention of the word “organ” until she was hurried offstage. The only rope-based entrance I’ve seen involved a knotted length dropped from a balcony, down which the Professor descended.

But legend quickly dominates significant events. We who grew up attending the Christmastime PDQ Bach concerts have described them enthusiastically enough over the years to romanticize that entrance into the full Errol Flynn: thus Mr. Ross’s understandable assertion.

Prof. Schickele, now 80, prefers not to trust his unsteady legs while performing, and so made his entrance in a wheelchair. It got a laugh. And he was on time, too, so that he could receive an award from the American Musicological Junta, a group that has supported the world of PDQ Bach over the years with neither web presence or phone number to sully the purity of its mission.

CLASSICAL MUSIC, OR WHAT’S LEFT OF IT, retrenches and redefines itself with impressive alacrity, trying again to do what it did before it was pushed out of sight: absorb the sounds that please the ears of the many, even as it clings to the big orchestral sound that continues to price it out of existence.

Put simply, there are far bigger profits to be made from music that’s less demanding. The corporate hand grabbing money from your pocketbook is impatient, and has taught us to be impatient, too. But new recordings soldier on, impressively redefining the old and discovering younger works. 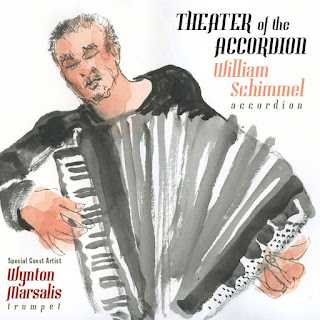 Thus, a couple of composers unfamiliar to me lead my list of the year’s favorites. New York City-born Mohammed Fairouz, a wildly successful 30-year-old (he’s been on Morning Joe!) weaves the textures of his Middle Eastern roots into his engaging music, and the album Follow, Poet (DGG) adds poetry both in an emotionally affecting setting and in spoken texts by Auden and Heaney, with a paean to poetry by John F. Kennedy to kick things off.

The poetry of José Santos Chocano inspired the work “América Salvaje” (“Wild Americas”), the compelling concluding work on a Harmonia Mundi collection of the music of Peruvian composer Jimmy López. It’s also different enough from the other three orchestral works on the CD to show how easily López can summon the texture he needs, even while embracing indigenous aspects of the music he grew up with — especially as demonstrated in “Perú Negro,” as excitingly danceable as a Ginastera ballet.

From the Digipages of Metroland Dept.: A bunch of us put the paper to rest with an online-only final edition, to which I contributed this worthy parable for my last-ever Metroland food column.

HE WORKED IN THE KITCHEN of a red-sauce restaurant during the last half of high school, and parlayed that experience into a front-of-house job when college began. College was a disaster, at least from the point of view of the college and his parents. The friendships he sought, the parties, the romance–these he found in the restaurant. 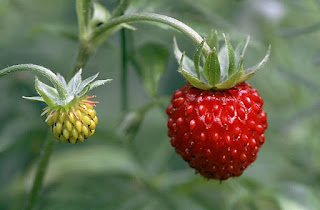 Gathering what money he could muster, he switched schools. Although Hyde Park’s Culinary Institute sprawled like a hotel complex, it demanded a far more grueling work and study schedule than the college he’d been about to fail. This time, however, he was motivated.

He was too shy to strut and brag like the handful of classmates clearly destined for restaurant-business fame. But he felt confident of achieving more success than the ones who aspired to no more than a line-cook job at a backwoods Marriott. He studied hard. He aced his labs. His knife skills grew instinctive. His externships taught him how to talk to people: bosses, suppliers, customers.

Even before he graduated, one of his instructors recommended him to a prestigious Manhattan chef, and his trajectory of success became spectacular. The drugs didn’t hurt him. Nor did the affairs. He could see the destructive evidence of such pursuits on the face of an older sous-chef who clearly would rise to nothing greater, but he himself wasn’t persuaded to jam on the brakes until one of the affairs got pregnant and insisted on keeping the child. It was her first, and she was leaving her husband anyway, and he guessed he loved her and he married her and discovered that he actually did.