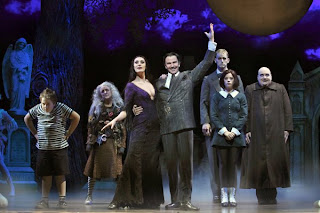 In the end, Lurch gives away the secret. As the Addams family – extended by dead ancestors and soon-to-be in-laws – gather in a cemetery, the saturnine butler unexpectedly breaks into “Move Toward the Darkness.” The refrain’s opening strains put me in mind of a different number: Ethelbert Nevin’s “Mighty Lak’ a Rose,” written in 1901 and popular enough to figure into O’Neill’s Ah, Wilderness! thirty years later. 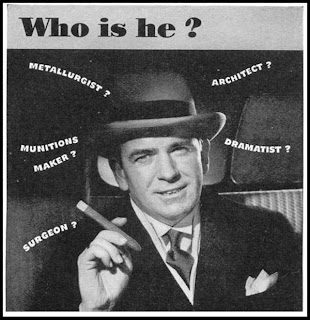 Nearly 70 years ago, your career as a dramatist could have landed you in a plush conveyance as befitted a wearer of wing-collar and homburg. Never mind the delightfully phallic cheroot -- it's the idea that your lap-of-luxury seatmates could be a metallurgist and a surgeon that make today's arts careers seem so futile. It's a 1943 Life Magazine ad for ... but see the rest at LiveJournal.
Posted by B. A. Nilsson at 11:47 AM No comments:

20 Years Ago: A Breed Apart

Journalism has a ridiculously short shelf life. Unless you're describing what becomes singularly historic, the pieces vanish like beer foam. What was I writing twenty years ago? Here's an example. I'm happy to say that the Monks described below continue to thrive and now have a web presence. 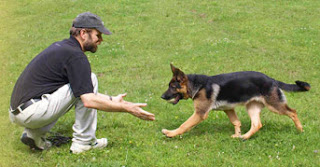 The stillness of a spring day is punctuated by birdsong and distant farm machinery, but not by the sound of barking dogs. The Cambridge hilltop where the dozen Monks of New Skete live and work is lovely and secluded, a rural outpost that shares with the surrounding community a desire to preserve the area’s agricultural tradition. But most of the people who visit the monks – and they come from all over the country – are interested in their German shepherds.

“Dogs have been a part of our life since we started the monastery in 1966,” says Brother Mark. He's the one you see on the dust jacket of the Monks' new book, The Art of Raising a Puppy, and he took all of the photographs and wrote much of the text. “At that time we were located about ten miles north of here. We had a beautiful male shepherd. There was no dog warden and there were dogs all over the place. Our dog clawed his way through a solid door in order to get out, and we lost him.”

To replace the dog, they went to a breeder in Stockbridge named Alice Riggs. “She was a prestigious breeder at the time. She introduced us to the world of the German shepherd dog – and to other breeders.”

Too much of my music listening takes place in the car, where the nuances of the tunes at hand are eaten away by a slowly deteriorating muffler. But I recently got a copy of Itzhak Perlman's old recording of the Sibelius violin concerto – his debut concerto disc, with Erich Leinsdorf conducting the Boston Symphony. 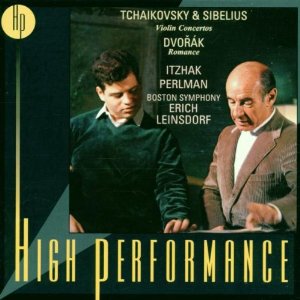 Perlman's later version with Andre Previn conducting the Pittsburgh Symphony is etched somewhere in my brain, as are four recordings with Heifetz* and singles by Hahn, Midori, Oistrakh, Spivakov, and others. Which feels like a burdensome collection, fueled by a degree of obsessiveness I'd rather not acknowledge.

So it was a pleasure to hear this piece again and realize that this version, car noise notwithstanding, was giving me orchestral textures I'd missed or overlooked (overheard? That doesn't work!) before. I was drawn that much deeper into the experience of listening, while still alert enough to run no stop signs.

What's especially pleasurable about this experience is taking the new insights to the other, more familiar recordings I mentioned, and listening again, forcing myself to push the solo line to the back of my ears and find those elusive textures.

Which brings us back to the problem of obsessiveness. I'm now suffering a bit of Sibelius fatigue. On to his shelf-neighbor, Shostakovich, to lighten the mood.

Caffe Lena is the venerable Saratoga Springs folkie haven, where young Bobby Dylan was among the early-years performers. Much more recently -- back in September, in fact -- I was urged to check out a performer named Dylan Brody, and duly pitched the review idea to Metroland Magazine, for which I write many kinds of review. Space was allotted in the live music section -- but Brody is a spoken-word artist, and thus didn't belong there. A fight for more appropriate space ensued even as the immediacy of the review faded. Ultimately, it was orphaned. Brody is a difficult performer to categorize, true, but, if entertainment is the goal, why bother? Here's the piece. 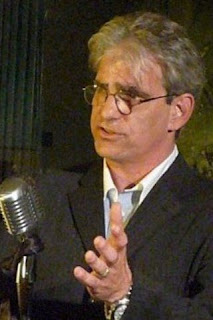 Shortly before he was due to take the stage at Saratoga’s Caffe Lena, I met and chatted with Dylan Brody. He said that he’d spent the afternoon visiting his native Schuylerville for the first time in 35 years. Among his missions: re-meet the bully who’d terrorized him throughout his early school years. The bully proved evasive, but Brody eventually tracked down a mutual friend. “I have his telephone number,” the friend confessed. “But he doesn’t want me to give it to you.”

Not long from now, we’re going to hear a new Dylan Brody story in which those elements are woven into a larger narrative that weaves insight, irony and just the right amount of self-effacement to make it a compelling tale.

His stories are his life, so it only makes sense that he should now seek out aspects of his life that might feed his peculiar and impressive career.

He calls himself a “purveyor of fine words and phrases,” suggesting an antique refinement wholly appropriate to his style. After all, this is a man who interrupts himself mid-story to remind us that “tack,” in its nautical sense, should not be confused (as it too-often is) with “tact.” And he’s charming about it.

Out of This World

A decade of musical togetherness has given the Jupiter String Quartet a voice unified in its tone and philosophy but still able to reveal the distinctive qualities of its elements. You don’t want a close-harmony ensemble’s components to sound the same – you want to craft a sound made all the richer by contrasting timbres.

Cellist Denise Djokic joined the group for the big piece on Sunday’s program: Schubert’s Quintet in C Major, a work written for the unusual line-up of two violins, a viola and two cellos – two violas was the norm when Schubert wrote this, and he did so in the last weeks of his life, inspiring sentimental hagiographers to declare that his death is knowingly foreshadowed within the work.

Kevin McGuire’s credits include Broadway’s Les Mis, Toronto’s Phantom, John Houseman’s Acting Company and much more. He’s a native of upstate New York – not far from Saratoga Springs – and returned to the area to spend ten years running a theater company in a small, artsy hamlet. He was a natural choice for the lead in Man of La Mancha at Albany’s Capital Repertory Company, and won great acclaim for a performance that showed thoughtful, credible character layering in this scaled-down production.

An unseen keyboard ties together a handful of instrumentalists, each of whom we see on stage at one time or another. Choreography is precise and intimate, making skillful use of the space and scenery. And then, inevitably, comes the big number, the one you couldn’t escape from if you grew up during this musical’s first Broadway run. “The Impossible Dream” has been warbled by everyone from Jim Nabors to Shirley Bassey to Elvis, with notable versions by Sinatra, Domingo, and (minus the word “hell”) The Mormon Tabernacle Choir.