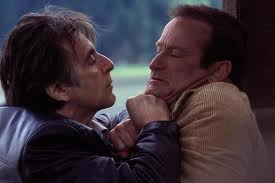 While the rest of the Eastern Standard Timers are rising and shining and planning productive days, while the road repair crews and roofers and utility linemen are backing beepy trucks and clattering up the poles outside my window, I’m swathed in a heavy layer of Zs, reflexively hauling the blankets over my ears. Chances are that I nodded off only a couple of hours earlier. There are times I’d rather be one of those risers and shiners, knocking off a day’s work in daylight. Then I find myself at my desk again after midnight, surrounded only by the easygoing hum of computer fans, the peacefulness addictively compelling.

But late-night productivity isn’t what it used to be. That sense of brain-buzz, the loose and dynamic energy that sparks the creation of a good paragraph, ebbs earlier. As early as 11 PM, unthinkable a few years ago. There’s plenty of busy work to do – clearing out and backing up hard drives, filing photographs, recataloging the Toscanini CDs – until the brain feels ready to write again, but at that point I’m so tired that I’m free-associating almost without control, which provokes wasteful, wacky texts. I should be sleeping. I should be trying to get to sleep. I should be trudging upstairs and easing into bed.

This is when the nightmare begins.

I do not begrudge my wife her ability to fall asleep as her head is en route to the pillow. In fact, it can be amusing as hell to force her into conversation during what I term the Morpheus Embrace. Her eyes narrow and roll, her head lolls, her speech slurs like that of a whisky drunk, yet she struggles to answer my questions, her answers studded with gems of non sequitur. She considers this cruel revenge for my own over-wakefulness. I insist that found entertainment is the finest entertainment. I fear she’s correct.

Most nights, or mornings, when I arrive at the bed, she has long since cocooned herself into a warm, snoring stupor. Which I fear is the face of my declining-years sex life. I join her under the covers – “join” being used in the most technical sense, her actual self a quarter-acre away on the other side of the king-sized bed we inhabit – and frantically seek something to read. It’s too early to be left alone with my thoughts. I activate the bedside radio, which plays specially programmed MP3 discs, to drown out my tinnitus. It’s also another distraction. I need distractions.

Because, book and music notwithstanding, a small progression of unwanted thoughts begins to go by, first just a flicker here and there, soon a full wall of them, dizzying, like the stargate sequence in 2001.

The thoughts include a rerun of the day’s conversations, branching into wish-I’d-said-it-this-way territory; regrets about things not accomplished; a too-critical reappraisal of things that were; killer ideas for a novel/play/essay that I really should write down, because such scintillating genius is evanescent and never revisits; a bunch of compelling reasons why my wife should wake up and have sex with me, the waking up part no longer even a requirement; a bunch of compelling reasons why several other women should have sex with me, with the possibility for all of them to satisfy that request simultaneously.

Add to that at least two of the day’s earworms, running in tandem or a very clever overlapping sequence. Should one of them be on the order of a Mahler symphony, it could buzz in my brain for an hour or more.

All of which is taking place as I stare at my book, crowding the information I’m trying to absorb into an easy-to-lose stream-edge. And that Mahler earworm croons against the bedside melody of Gieseking playing Mozart. It’s distracting enough to deliver me into Phase Two of tonight’s insomnia: I’ll Never Get to Sleep.

It’s not just a heart-pounding feeling. It’s the phrase itself, “I’ll never get to sleep,” endlessly shouting from the front of my forehead. Again and again, until I’m moved to say it out loud, which at least has the advantage of waking my wife.

“Unnghh,” she says painfully. “What?”

“I don’t want my back rubbed! I’m not a, I’m not a ... a ... some kind of Pavlovian dog that just needs its tummy rubbed! This is more COMPLICATED than that!”

My bedside radio includes a large LCD clock display. You may think that the display operates in silence, but spend a tortured half-hour in the febrile run-up to my anxiety’s peak and you’ll learn that each new minute arrives with the terrifying crash as the new numeral obliterates the old. I stare at the thing, minute after minute, begging for silence from the angry clock. I’ll never get to sleep.

Time to go back downstairs, back to the peaceful hum of the office. The act of getting out of bed isn’t very loud, so I punctuate it with grunts and other annoying noises to signal my departure. It takes a full-bore throat-clearing followed by a rat-a-tat of guttural “shit”s to re-rouse my wife. But her wakening is illusory: she sees me through half-closed eyes and, no doubt registering no personal danger, returns to slumber’s depths.

Downstairs, the hours drag on. The brain’s conflagration has weakened to a few small fires, but it’s enough to distract me from the peace I need in which to get any actual work done. Besides: I’m exhausted. Maybe this time . . .

Gieseking resumes playing Mozart. I put aside the book and stare at the ceiling. It sports a web of old-house reticulation. I’ll get some plaster washers in it, I promise. As I’ve been promising for twenty years. I can feel a draft from the window. I need to fix that windowshade . . .

Tomorrow, I’m going to . . . at some point, the brain relaxes and allows itself to focus on but one thought, which promptly sends it to sleep. I’m only aware of this after I’ve come back to enough consciousness to rearrange the blankets so my shoulder no longer sticks out in the cold. Maybe the utility trucks will be back outside in a couple of hours, but I no longer worry.