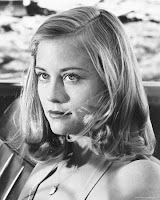 Accommodations at the 18-screen multiplex have grown more confusing and hostile than at any time in my long film-going history. From the confusing marquee displays of multiple titles and screens and times and dimensional format to the array of ever-climbing ticket prices, the battle begins even before you step into the theater lobby.

That being a caterwauling arena lighted like a Vegas casino and threaded with an obstacle course of free-standing promo displays, around which one eventually finds the oasis of refreshments. There one can obtain oiled popcorn in wheelbarrow-filling amounts. (“And don’t forget your free refill when you buy the extra-large size!”) Which would have been fine in the days of intermissions. Now I’m expected to abandon my seat and miss what could be a key scene in the narrative because I’ve consumed forty pounds of gut-swelling carbohydrates and can’t suppress my craving for more.

But I’m betraying my movie-going origins. During my high-school years, which covered the early 1970s, following the long decline of the Hollywood studio system and the attendant rise in television as an entertainment-spewing medium, there came a halcyon period of thoughtful filmmaking spearheaded by such directors as Robert Altman, Mike Nichols, Woody Allen, Peter Bogdanovich, Martin Scorcese, and many more, directors who had absorbed the vocabulary of the best of their Hollywood predecessors and found new and imaginative ways of bending those techniques to suit a questioning era. My friends and I attended these films with reverence and sat through them in silence, the local pizza joint our forum for a lively post-mortem.

So it was with a combination of humbleness and great excitement that I began working at my first paying job: as an usher at the local one-screen cinema.

Built in the 1940s, it was a large, gloomy dinosaur of a hall, with an auditorium that probably hadn’t been fully lighted for thirty years and was better off remaining in shadows. I’m guessing the screen was at least three times the size of what we face today, and it was fronted by a set of curtains illuminated by orange footlights until they were parted for the beginning of the show.

The tiled lobby had a ticket window at one end (“Loge Seats: 50¢”) and an usher’s stand at the other, and it was at that stand I stood, in a red flannel sports coat and matching tie, accepting the little pasteboard rectangles from the incoming guests and tearing them into careful halves so that I could thread the half I saved onto a long wire that descended into a tall, metal receptacle.

Once the crowd (such as it was) was seated, I might drift to the candy stand for some popcorn and soda and the chance to unsuccessfully flirt with the young women, my classmates, who worked there. I say “unsuccessfully” not because they rebuffed my attempts but because I was too fundamentally inept at it to convey even the merest hint that I might be flirting.

My heartbreak was compounded by the fact that my job placed me squarely in the headlights of any oncoming romance. There was no other place as convenient for a date. So here they came, girl after girl, Carol from English class, Diane from Music, Beth the sloe-eyed cheerleader, all of them objects of my silent adoration, each on the arm of some nimrod who through some sorcery managed to persuade her to accompany him. Probably by asking.

I tore those tickets with fury. I drowned my misery in extra shots of Diet Coke. And I compounded the agony by performing an unimaginably masochistic act.

Seen up close, that giant movie screen was perforated like a band-aid, the tiny holes keeping the fabric from luffing like a windward sail any time a door swung shut and the air pressure changed. It was stretched over a large frame and on the stage behind its center sat a huge loudspeaker array. Part of my job was to restock the candy supply, and the boxes were stored in a room accessed by the same door, just in front of the first row of house-left seats, that led you to the stage.

Thus I discovered that I could stand behind the screen and, thanks to those thousands of holes, see the audience beyond it, their faces well-lighted by the bright reflection. At first it was frightening – they seemed to be staring at me, and they suddenly laughed as if I’d been discovered. As I relaxed, I amused myself by watching their facial expressions and movements of eyes and head.

But this also meant that I could spot the dating couples and see how they behaved. In fact, I witnessed little beyond an occasional arm-round-the-shoulders, but the suspense of knowing that something might occur which I then would have to see – that was too much to take, and I hated the couple all the more for inflicting upon me such aggressive potential.

Besides, those with mischief in mind usually crept up to the loge. Technically, I was supposed to patrol that area, flashlight in hand, but with no protective movie screen in front of my face I rarely did so.

One of the perks of having a movie-usher friend in those days was getting waved into the movies, and I was more than generous about letting the folks I liked in free. A small social group grew around the usher’s stand. After seeing, say The Godfather two or three times, I had friends who stopped by to chat, easing into the theater proper only for key scenes like the restaurant slaughter and the horse’s head.

And somehow I found myself in ever-more-detailed conversations with a female classmate named Sydney. She was the driving force behind those early meetings, just happening to stop by and not necessarily needing to see the movie. We were delighted to share details of our dysfunctional families and she was the first girl I’d ever met who was truly witty, quick with a comeback fueled with a deft sense of irony. When she proposed that we see a film together, I at first thought it was joke.

You could say it was irony that soon put us together in those theater seats, in a for-real kind of date. And there’s no question that it was irony as only I, with stunning self-absorption, could practice when, during the course of that showing she put her arm around me, drew me close, and went in for a kiss.

You write such a funny story. Nostalgia for the old days. -- Susan