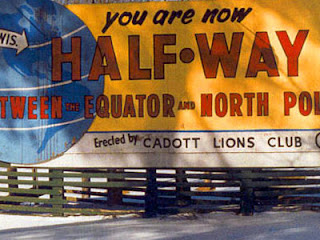 THIS WEEK I HIT the halfway point in a novel I’ve been working on for a while. It’s not the first such effort of mine, but it’s one that I still think is pretty good.

Its gestation began on the long drive back from a Cape Cod vacation a couple of years ago, when my wife and I were still basking in the comfort we’d enjoyed for a few days. I’d toured some of the Wellfleet galleries, and was startled by an art scene that celebrated what seemed to me a core of ho-hum beachside scenes. Work by some very skilled artists made it worthwhile, but I had to wade through an excess of the cutesy and too-profound. With nary a non-representational piece to be seen anywhere.

It’s tourist-driven, of course, and I begrudge nobody a successful artistic life supported by tourist dollars, but it got me wondering what kind of reception the work of an abstractionist would receive.

Not long before the vacation, I’d talked with a friend who confessed a growing sense of dissatisfaction with her life. Marriage and motherhood weren’t playing out in the dreamy, romantic way she’d been led to believe they would (thanks, populist culture!), and, although she saw no drastic changes ahead, she dreamed about what a new-found freedom might be like.

What, I speculated out loud during that drive home, if a woman like that fled to the Cape for some R & R? What if this put her back in touch with her college-era artistic talent? What would it be like dealing with the hurdles of what has to be a politically charged art scene?

The missing element came, I’m embarrassed to say, with the death of my wife’s mother. It was a horrible pull-the-plug event, and as I sat the bedside vigil with Susan I quietly withdrew into my writer’s head, imagining the scene, even as it unfolded, as it might play out in a fictional context.

Thus did my protagonist get a dying mom and a reason to travel. And, with her mother’s death and a complicated estate issue, a reason to stay for a while.

Staying in the write-what-you-know department, there’s also a disaffected but brilliant chef in the story, who uses his considerable influence to get the woman her gallery show.

The geometry of a story always has been important to me. I can’t say I know all the plot details when I embark on a work like this, but I believe, in the Michelangelo tradition, that the story already is in place and awaits discovery. But I’m fussy about pacing and trajectory, and the chapter I’m working on right now revealed itself as a significant pivot point.

With about 65,000 words behind me, the project still feels daunting, but I’ve got a fun scene coming up that pays quiet homage to Booth Tarkington’s Alice Adams.

So when you see me in a coffee house in the coming months, I should be working on this book. If I’m not, remind me that it’s my priority. Then implore me to let you read some of it and let me pretend you’re really twisting my arm before I eagerly give in.
Posted by B. A. Nilsson at 2:15 PM