Fresh from the Farm

Open-Air Aisles Dept.: We have come a very long way since I wrote this piece 27 years ago. 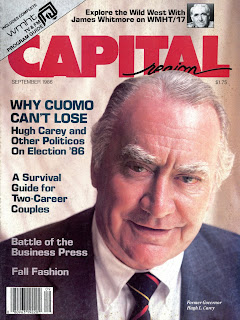 “I've roamed the Spanish Main,
Eaten sugar cane,
But I never tasted cellophane
Till I struck the USA.”
– Noël Coward, “I Like America”

THINK FARMER’S MARKET: Sweet tomatoes swollen and moist; firm, crunchy let-
tuce; reds and greens at their reddest and greenest. There is something right about buying produce from the people who grew it, at the edge of the farm with an arable field in view.

The markets range from tiny sheds for a single-crop field of fresh-picked strawberries to sophisticated complexes that may include a full line of food supplies. Few farmer’s markets can survive selling only what the owner produces, but all have in common the desire to maintain a tradition that is increasingly foreign to supermarket shoppers. Your chain-store produce manager yanks his product from boxes, not from the ground; he does not have dirty fingernails.

Talk to Russell Justin over at The Farmer’s Place. It’s a little shop on Clifton Park Center Road, at the corner of Moe Road, with a big piece of land and some greenhouses out back. The store itself was a large two-bay garage, converted when Russell and his brother Roy bought the land four years ago.

The rough wood gives the store the rustic look customers go for; antique farming equipment hangs on the walls, such as harnesses and the like for horses. Refrigerated display cases sit a bit incongruously on the gravel floor.

This is a place where you can buy carrots with tops and spinach with bottoms, as well as onions and potatoes in two colors, wax beans, string beans, apples, pears, honey and maple syrup, and fresh-baked bread and pies as well.

And tomatoes. “We have over 2,000 tomato plants in right now,” Russell said at the beginning of the summer. “We open the market the end of April and close on Thanksgiving Day. In April we do a lot of buying over at the Menands Market while we get the crops going here. We’ve got 13 acres to work.”

The Justin brothers have turned the farm into a year-round operation, offering semiannual “plow day” parties, sleigh rides in winter, chicken barbecues, and tours of the farm for youngsters. Russell describes himself as a farming buff since boyhood, a 4H Club member who went on to become a dairy farmer before buying The Farmer’s Place. He also is an enthusiastic cook who has worked professionally at Donovan’s and the Century House. “I do all the baking here:’ he says, and the store’s display of high-topped, golden yellow cheddar-cheese bread and puffy apple pies parade in his honor. He would like to combine his interests and open a restaurant on the premises; a vacant outbuilding is the chosen site. “We would like to go with a country French menu, and we’re well along with the planning. We just have to overcome some zoning opposition.”

There already is a restaurant of sorts on the premises of Lakeside Farms, the Ballston Lake cider mill that has grown into a full-service food complex. Owner Dick Pearce has been riding the ups and downs of the cider and produce business for 38 years, in an operation he began running with his father and for which he has groomed his son Jeff to take over.

“I’ve done a little bit of everything,” he says with a Yankee farmer’s drawl. “Door-to-door peddling, wholesaling my cider: I used to package potatoes here, bringing ‘em in from Maine and around New York, also onions; went into retail with the cider mill here. I retired out of GE in the ‘60s and kicked wholesaling right out the back door.”

The retail operation has grown to include far more than cider: he cultivates crops of tomatoes, peas, beans and peppers. “I grow more than I can use, so I’ll take a few peas to market three or four times a week:’ he says, “and I’ll pick up some of the stuff I need.”

The store carries other items too, with milk and eggs in one refrigerated display and cold cuts at a deli counter. You can order lunch from a sandwich board and eat at one of the tables in a corner of the room. Outside and adjacent to the main building are rows and rows of potted plants, a recent and now widespread feature at farmer’s markets. Pearce built himself a greenhouse and showed his neighbor Russell Justin how to do it: Justin has one on his Clifton Park property now and is in the process of building another. “There’s more money in the plants than there is in the vegetables,” Justin explains.

You drive by these fields every month of the year: they’re covered with piles of snow or they’re wiggling with an acre of ears of corn. And when that corn is ready to sell, a hand-painted sign goes up and the farmer moves from tractor to table.

Or it’s an acre of fat tomatoes, thin vines propped on sticks; or small, vulnerable heads of lettuce, targets of beasts and pests. The farmer experiments from season to season. It isn’t only what will grow: it’s what will sell.

Justin is a young man very much aware of where the profit lies, and he echoes many of his older neighbor Pearce’s comments. “I sell fresh eggs here,” he says, “at a dollar a dozen. I barely break even, what with the costs of feed and maintenance and so on. We have 140 chickens. I used to go out with a chicken farmer’s daughter, and her old man told me that unless you have over 40,000 birds you don’t make any money.”

For Lakeside Farms, much of the profit has come through the cider business, including the processing Pearce still does for other distributors. “We’re equipped to turn apples into filtered cider,” he explains. “When the customers started getting interested in the unfiltered stuff, we just eliminated part of the process.”

It is done in a barn behind the store, in a big hand-driven machine that looks like an ancient instrument of torture. “We can squeeze out 400 to 500 gallons an hour with this, but we don’t push it that hard now.” The filtration unit is in the next room. “We use it just to make a little bit of cider for our own use. Outside we have four redwood vats that hold 2,000 gallons each, and we don’t use those either. Probably could make some nice hot tubs out of them.”

Interestingly, he grows no apples himself. “We’ve always talked about putting an orchard in here, but I have so much else to do we never got around to it. But I work closely with the growers I buy from, in the Hudson River valley and in Vermont by Lake Champlain.”

A feature he did add was the manufacture of cider doughnuts, which he and his father began making by hand in the 1960s; now the product is machine-made and in great demand.

Perhaps that is the sort of attraction needed to woo customers away from the produce aisles: on September 21, The Farmer’s Place will have its plow day, complete with a chicken barbecue, while every Friday, Lakeside Farms has a chicken-and-biscuits special.

Not all farmers can afford a full-time operation. The market across from Clifton Country Mall on Route 146 operates on Thursdays through October; on Mondays there is a market at the Agway center on Route 50 in Ballston Spa.

Russell Justin doesn’t think the farmer’s market business is in any immediate danger, but quickly observes that good savvy is required. “The guy who had this farm before tried wholesaling his produce, but he discovered that you can spend hours boxing fifty bushels of radishes and then get about three bucks for it. So we let the buyers come to us. I don’t think we’re the cheapest, even for a farmer’s market, but we’ve got better quality than you’ll ever find in a supermarket. I don’t sell day-old anything. It’s fresh. It has to be. The customers let me know the minute it isn’t, because I’m standing right here.”

And that brings us back to the market the public sees, in which the grumpy farmer is an added attraction. For the customer, it’s the opportunity to buy some of this warm-weather goodness that tastes fresher and sweeter than stuff trucked across the country.

The farmer? Well, he gets to play at being a salesman, and he knows his product a damn sight better than a kid in a brightly colored smock. These tomatoes came off the vine this morning, he says, and he means it.