Chillin’ the Air Dept.: Even with summer set to squeak out a few more days, those end-of-year temperatures are creeping upon us and I’m hauling out a six-year-old piece that suggests some appropriate comestibles. Dig in!

COLD WEATHER IS IMPRESSIVELY THOROUGH. We wrap ourselves in space-age synthetics, confident that we’ll move through the bluster in a cocoon of warmth – and then, during the short sprint from front door to car, a malicious wind finds its way past velcro and zippers and stabs like an icy dagger. 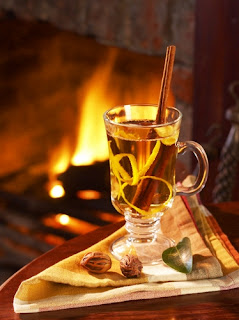 You can’t trust walkways and streets, sheeted as they may be with invisible ice; you can’t trust your car battery to yield enough cranking power. But it’s the wind that’ll get you, blasting your chest into such a frigid state that you’re aware of the size and location of each internal organ.

Hence the primal urge to warm them. They can only be thawed from within, which is why this is the time of year for thick lentil soup, spicy chili, creamy hot cocoa.

Food takes on a special urgency when the thermometer hovers at the single-digits end. “I’m going to need some real food when I get home tonight,” a friend offered earlier today. “Something my mom used to make.”

Which is why Comfort Food heads the list. It’s what warmed you in the morning before you trudged off to school, imprisoned in layers of old-dog-redolent wool. Excluding oatmeal, which shouldn’t be consumed in any form other than cookies, those breakfast and dinner items still pack a warming punch.

Flapjacks, for instance. Although more properly enshrined in the carbohydrates category (see below), they radiate their own breakfast mystique. A sweet, delicious tower of puffy pan-bread, the purpose of which is to offer maple syrup (real maple syrup, please) a toothsome conveyance mouthwards.

What else did your mother plunk in front of you? Meatloaf would be the archetype, though mine may be the last generation during which moms actually made the stuff; still, meatloaf carries a “comfort food” designation in its DNA. But it’s not the meatloaf: it’s the gravy.

Which brings us to our next category: Thick Food. Which only makes sense. Thick food coats the palate, prolonging the flavor. Cold weather senses are dulled and can use the help. Thick food that’s warm, like soup, changes viscosity, like good 10-40 oil, and begins its hot-from-the-pot journey with an eager flow that slows as the foodstuff cools and congeals en route to your gullet.

By the time that split pea soup, or mushroom gravy, or chicken-and-biscuits reaches your belly, it’s doing business, burnishing the space with its remaining warmth, offering a satisfying sense of fullness.

And there’s no better end-of-the-day treat than a mug of hot cocoa, the real thing, a 50/50 mix of chocolate and coca, sweetened only to the near edge of bitterness, thickened with an egg yolk, topped with whipped cream. A drink that’s versatile enough even to serve as breakfast when necessary.

As noted above, Big Carbohydrates are the third major category. Though not necessarily as instantly warming as Thick Food, they promote a sense of fullness. Toss some tagliatelle in garlic oil, flake it with asiago cheese and your stomach will thank you. Make it a carbonara and I guarantee the warmth will wander to the rest of your torso. For a sense of snowbound superfetation, roast some potatoes to go with it.

Fourth on the list: Booze. This is the time of year when you crave warm drinks, but certain alcoholic beverages do their temperature-raising work at room temperature: cognac, for example. Better still, aquavit or grappa, which even warm the extreme ends of your fingers and toes.

Mulled wine seems to diminish the pleasure of the grape – maybe its because I can practically see all that good alcohol burning off – so I offer a cold-weather classic as substitute: Hot buttered rum. A character in Kenneth Roberts’ Northwest Passage has a splendid description of the effect of the stuff, properly prepared:

“It ain't a temporary drink, like most drinks. That's on account of the butter. No matter how much you drink of anything else, it'll wear off in a day or so; but you take enough hot buttered rum and it'll last you pretty near as long as a coonskin cap.”

Although the accompanying recipe was for rum by the bucketful, I've worked it down to these by-the-glass proportions:

Set the cider to boil. Throw everything else into a large, sturdy mug. Pour the boiling cider on top. Drink quickly.

Drink it quickly enough – and refill your mug – and suddenly you won’t feel so compelled to deal with the frozen pipes or the drafts whistling in beneath the doors. Pace yourself correctly and you can make otherwise endless-seeming February go by in a buttery blur.

If none of the above seems to make sense, there’s another alternative. Find yourself a table in restaurant with a fireplace and a friendly menu, and settle in.