MANY YEARS AGO, in a small act of cultural rebellion, I shifted the bin dividers at an E. J. Korvette’s record department so that a bunch of Bach ended up in the Rock section. I’m sure I accomplished little more than busy work for a clerk, assuming anybody noticed and/or cared about it, but it felt good to mess with the categories.

When mega-stores like Tower Records opened, the classical department got its own room, sound-sealed off from the rest of the shopping area. No doubt this pleased the kind of classical-music fan whose ears wilt whenever a rock beat kicks in. 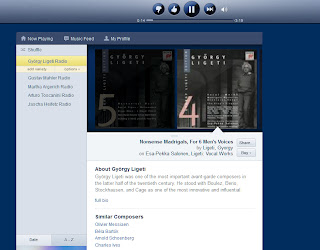 And I know they’re out there. Before moving to the Capital Region in 1980, I worked for a free-form radio station nominally based at the University of Bridgeport, where my typical airshift was predominantly classical stuff liberally laced with whatever I thought challenging or serendipitous. When I took over the morning-drive slot at Schenectady’s WMHT-FM, I found, on the other end of the phone, a parade of the astonishingly intolerant prepared to complain about anything that was airing. Because these bastards had ponied up their 30 membership dollars, they took upon themselves the right to dictate programming to their farcically narrow tastes.

Categorization grew out of the recording business. Classical discs followed the cult of the star performer, which already had become the defining characteristic of the American classical-music scene (as opposed to Europe’s more composer-driven identity). Caruso’s voice and status propelled his 78s to best-sellerdom and helped justify a higher price for classical records, but even a prestige item can be expected to pay its own way in the marketplace.

Classical recordings became the poor step-sibling of the pop music world as the big record companies raked in profit from an ever-growing market force. By the 1950s, it took visionary executives like Columbia’s Goddard Lieberson to keep the classical side of things alive by funneling some of the pop-record money into that division.

Once there’s an audience for the stuff, it’s been reckoned, they’ll come back for more. You want all of the Beethoven symphonies, and you might want to compare multiple recordings. You find Philip Glass’s stuff appealing, so you want to hear what he’s just come up with.

Technology has given us, legally or not, access to more music more quickly than ever before. If you know where on the internet to look, you can find pretty much any major work you seek and a breathtaking amount of the minors. Even the honest consumer has instant gratification available, as pay-for-them MP3 downloads are cheap enough to warrant bypassing buying the actual disc.

But aggressive categorization makes for boring bedfellows. Follow the “If you liked this ... ” recommendations on Amazon.com and you’ll be mired in a complete lack of musical variety. But the most stunningly oppressive example of this comes from the online service Pandora.

You’re offered the ability to build you own “stations,” based on information you provide. To create my first station, I indulged my longtime violin obsession and entered “Jascha Heifetz.” Here’s the message that came back to me:


To start things off, we'll play a song that exemplifies the musical style of Jascha Heifetz which features a singing, mellifluous aesthetic, a romantic-era style, a symphony orchestra, violin and tonal harmony.

. . . which is obvious boilerplate text. The music that played was the slow middle section of Sarasate’s “Zigeunerweisen,” in a Heifetz recording. And that’s all I’d get from that piece, because Pandora doesn’t think in terms of multiple movements.

I clicked the thumbs-down button which, I learned, meant that Pandora never would play that selection again. No changes of heart allowed! Next up: the finale of Lalo’s “Symphonie Espagnole.” After that: a different fiddler playing the opening movement of Vieuxtemps’s Violin Concerto No. 6, something Heifetz never recorded. No complete works; no chamber music.

So I created a new “station” by entering “Arturo Toscanini.” Tough one there, because Toscanini’s recordings predate the stereo era. I was interested to see how Pandora deals with historic material.

Called what? Try the slow movement of Beethoven’s “Emperor” Concerto, which Toscanini never recorded – but to compensate, a scratchy version by Karl Böhm, otherwise uncredited, but probably featuring pianist Elly Ney and dating from 1944. For some Pandora-esque reason, the pieces that followed on my Toscanini channel all were piano concerto excerpts.

Piano, then. My Martha Argerich station began with a Chopin prelude that carried this editorial tidbit:


About Fryderyk Chopin: Although a few major pianists, notably Glenn Gould, have dismissed his music as excessively ornamental and trivial, Frédéric Chopin has long been recognized as one of the most significant and individual composers.

. . . which is an absurd way to characterize a major composer. Gould himself was a significant and individual pianist also well known as a nutcase. (And what’s with the variant spellings?)

My “Mahler” station started with Bruno Walter conducting the Adagietto from Mahler’s Symphony No. 5, then went into movements from Rachmaninoff and Dvořák symphonies. I even tried a György Ligeti station, which gave me two short works by that composer before steering me to a movement from a Schoenberg piece.

In other words, you will never hear a complete piece if it comprises multiple audio tracks, and you will never escape a paradigm closely based on that which you confess to enjoy. No room for browsing, no chance of spontaneity. Even in the realm of other musical styles, I find this sadly restrictive. You’re ceding one of the most delightful and challenging aspects of being an active listener, which is to do your own programming.

As a radio presenter, I enjoyed nothing more than creating what I found to be a felicitous sequence of material, and it’s something I still do for my own pleasure when driving or working or, believe it or not, just sitting and listening at home. I encourage you to seal Pandora’s box once more and liberate yourself from other people’s choices.
Posted by B. A. Nilsson at 10:09 PM