From the Mailbag Dept.: During my ongoing run as restaurant writer-abouter for Albany’s Metroland Magazine, there have been occasions when the confluence of over-scheduling and under-funding obviated any chance of getting to an eatery in time to write the week’s review. For the past few years we’ve made food-related essays a part of the lineup; twenty-one years ago, it was a rarity and led to the format you see below.

You’re always complaining about service, like there’s something wrong with an efficient waitress. Are you one of those snobs who thinks only men can do it right?
– F. Nightingale, Niskayuna. 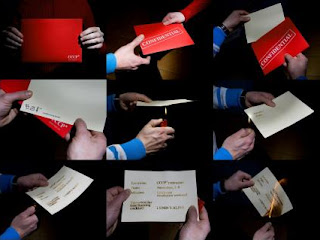 No, Flo, it’s just not so. I was trained as a waiter in the kind of place that tried hard not to hire women on the floor, but even those joints are dinosauring out of existence. What I’m complaining about is a close cousin to that attitude. A long-standing prejudice in the business suggests that men should be hired for more formal dining rooms, while a bevy of gals is all you need to take care of orders in a diner.

Wages are better in formal joints, so your career waiter naturally gravitates to such a place if there’s a family to support. But the same now is true of the career waitress, and more and more of those places are casting that prejudice aside.

What I dislike are restaurants that don’t treat the servers with respect. These are places with fat employee manuals, with speeches that servers are supposed to give at tableside, that don’t allow the employees to eat the same food the customers get. Managers of such places are in it for fast table turnover, and will turn a server loose on a group of tables with no other help.

Efficient service, whether in a diner or a white-linen establishment, demands a work-together spirit, and assures that customers are served and courses cleared efficiently and without chaos.

Here are some of the hallmarks of good service:

I’m scared to send bad food back to the kitchen. Do they get mad at me if I do that?
– Can’t Beef, Schenectady.

Every chef is an artist, but most are human enough to admit mistakes. Send it back, by all means, but try to do so quickly – you don’t want to still be eating while everyone else is contemplating dessert.

Mistakes happen on both sides of the swinging door. If you ordered something you just don’t want to eat, alert you server, explain the problem and send it back. A good restaurant will exchange it graciously and create some good PR in the process. Someone in the kitchen will eat it.

It’s an archaic system that ought to have been abolished long ago, but as long as it persists, you have the responsibility of providing most of your server’s wages. A lower minimum wage schedule exists in the restaurant business that pays as low as $2.90 an hour, and the server is held accountable by the IRS for a percentage of that tip money (it’s complicated formula. You don’t want to know).

Fifteen percent should be the minimum, left at lunch or when dinner isn’t served on linen. Formal napery requires 20 percent. Give the wine steward ten percent and, if the Maitre d’ has been good to you, show your appreciation with a five-spot.

Cut back on the tip if service sucks, but don’t be cowardly about it: explain to the server or the manager why you feel that way.


Does the fancy ritual about opening a wine bottle really mean anything? How can you tell if a wine is bad?
– O. Welles, Albany.

There are two types of wine drinker: the connoisseur, and the person who simply enjoys the stuff. The ritual is a little show that’s put on for the enjoyment of the former. A wine bottle is properly opened on the table (not grasped between the steward’s thighs) and the cork is presented to assure the customer of proper storage. These days, the bulk of restaurant wine sales comprises young bottles that haven’t had time to get nasty, so the cork stuff is simply a vestigial piece, like an appendix.

You can tell a wine is really bad if it tastes like shit. If it’s vinegary, it’s bad. There are borderline cases – again, older wine is the more questionable – that you learn to distinguish by sampling a lot of wine.


How come you’re so nice to all the places you review? A lot of restaurants deserve to get their bubble burst.
– E. Scrooge, E. Greenbush.

How do you decide how many stars to give a restaurant? Isn’t that a cop-out?
– R. Ebert & G. Siskel, Rexford.

I’m a nice guy. I like to dine out. I carry lots of benefit-of-the-doubt with me. And I was in the business, on both sides of the door, for several years, so I’ve seen what can go wrong and why.

A reviewer’s job is to cultivate what’s good in the neighborhood, so I try to praise what’s praiseworthy and make a few suggestions about improving what’s not. Trouble is, the nasty drubbings are more fun to read – we all have residual restaurant hostility – and people have come to expect too much of that. A restaurant critic wields more power than is good, and can make or break an eatery. It’s not fair to put some poor hash-slinger out of business in order to indulge in petty mud-slinging.

How do you judge who deserves to get slammed? I try to appraise a place on the basis of what it sets out to be and do. A hot dog stand that serves terrific franks and does it well gets the same star-rating as a great fine-dining establishment. The latter has to accomplish a lot more to deserve it, but it promises more in the first place.