Open Yourself to Opera

From the Vault Dept.: I’ve posted a lot of old reviews and essays, but here’s a bread-and-butter piece that also happens to be the second article I wrote for Metroland, in early 1984. Tonearm, indeed! I’m happy to note that since I wrote the piece, opera became a far more favored phenomenon. No doubt this helped. As did supertitles, which I continue to deplore. Operas should be sung in the language of the country in which they’re presented, which means we need far better translations than typically are available. I’m working on that.

YOU HAVE A PICTURE of the classic opera buff as a tuxedoed fellow squiring a wife who is barely visible beneath layers of fur and jewelry. They enter the Met on opening night and take note of who among their equally monied circle is there. They also, incidentally, watch the opera. Most of it. 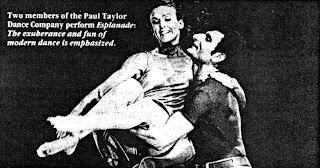 Or you’ve got the guy who buys his tonearm separately, whose record collection is a wall of boxed sets, with three or four versions of the complete Ring cycle. And it’s all he listens to: heaven forbid that a Mozart symphony should sneak its way onto his turntable.

To appreciate opera it sometimes seems as if you have to join a highly exclusive club, hardly worth the bother when you consider they don’t even sing in English. It is worth it? Yes, I say, most assuredly. But you must learn to avoid some nasty obstacles, the worst of which can be the “True Buff.”

Opera is just one way of putting a play to music. The theatricality of it is an important part: the greatest composers of operatic stuff knew this, and knew, like Stephen Sondheim or Rodgers and Hart, how to use music to really bring out what the scene is trying to accomplish.

But music alone doesn’t do it: composers are saying something, and it helps if you know what it is. Very often it’s in Italian, a lovely language to sing but the very devil to decipher if you’re not conversant in it. I mean, there’s a couple singing a lovely duet and suddenly he stabs her. You need to know what’s going on. And it’s difficult to follow a libretto in the dark.

So your best bet is to get to know what’s going on beforehand, which pretty much takes care of any plot surprises the author planned to hand you. But that’s okay! The beauty of opera is that the magic works more and more as you listen to it – no different than the feeling you get when a so-so album becomes, after repeated listening, suddenly wonderful.

As nice as a good opera recording can be, 1 think it is most valuable as a tool, a sort of access-piece, allowing you familiarity with the work before you pay a lot of money to go see it. But then see it by all means.

We have available this Saturday what you might call an opera record come to life: Mozart’s Marriage of Figaro will be presented in a concert performance by Monadnock Music. This New Hampshire-based group includes soloists, chorus and a 30-piece orchestra. Being a concert performance, then, you won’t have to worry about missing the staging. Instead, you can concentrate on the music and singing, which will be in Italian – but the house lights will stay on and there will be librettos for sale. The acoustics in Memorial Chapel at Union College in Schenectady are superb, and will superbly enhance this production, which Boston Globe critic Richard Dyer judged, “Probably the best sung performance of [this opera] that I have ever heard.”

Mozart wrote The Marriage of Figaro in 1785, a scant year after the first performances of Beaumarchais’s original play scandalized Paris with its daring impudence and satire. Lorenzo da Ponte wrote the libretto for Mozart (the two collaborated on a number of operas) and, in the musical version, Figaro again enjoyed great success.

Much of Beaumarchais’s political satire was omitted, but the antics of Figaro, a servant, as he contrives to outwit his snobby master, Almaviva, made a delightful subject for Mozart’s musical wit. The piece remains extremely funny, with as much scheming and mistaken identity as any old Fred Astaire movie or P.G. Wodehouse novel.

Information on the concert, which begins at 8 P.M., may be obtained by calling 382-7890. You can also call that number for information on Friday night’s concert at Union College’s Memorial Chapel: the Borodin Piano Trio will present trios by Rachmaninoff (#1), Shostakovich (#2, Op. 67), and Beethoven (Op. 97, the “Archduke’).

“OF ALL CHOREOGRAPHERS, few, if any, understand better than Paul Taylor that the business of dance is dancing,” wrote Clive Barnes a couple of seasons ago, commenting on the Paul Taylor Dance Company’s appearance at NYC’s City Center. That company will be appearing at Proctor’s in Schenectady Friday and Saturday evenings and, if you were fortunate enough to see them when they were at the Egg not long ago, you know that it’s a company that emphasizes the exuberance and fun of modern dance.

Taylor has been choreographing for over 25 years, and his company is considered one of the very best in the world. The French have recognized him with a knighthood; London’s Dance and Dancers magazine named him Dancer of the Year. He received the Festival of Nations International Award for Choreography, and has been a three-time recipient of the Guggenheim Fellowship for Choreography, most recently in April of last year.

The two programs Taylor will present are made up of pieces new to Schenectady: Friday night comprises Arden Court (to music of Boyce), Nightshade (with a suite of pieces by Scriabin), and Sunset. Saturday night the company presents Equinox, Big Bertha, and Esplanade, to music of Brahms, band machines, and Bach.

On Wednesday at 8 P.M., the St. Paul Chamber Orchestra will perform at Proctor’s. Pinchas Zukerman will conduct the group in an all-Beethoven program, including the “Egmont” Overture, the Symphony No. 1 in C Major, and, with soloist Misha Dichter, the Piano Concerto No. 4 in G Major. Tickets for both the Paul Taylor Company and the St. Paul Chamber Orchestra are available at Proctor’s and at Community Box Office outlets.