HERE'S AN IDIOTIC CONCEPT: Run a radio station for about six hours an evening. Play a hundred classical pieces in the same rotation. Offer canned intros and outros and no more information than that. 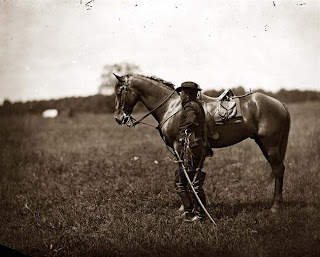 I’m hard pressed to tell you how short-sighted, how downright stupid I find that concept, focusing as it does only on orchestral warhorses, doing nothing to educate the listener. Except that my ire is flummoxed by a significant fact. I grew up with a station like that. I learned the hell out of those warhorses by being able to hear them over and over again.

WJZZ-FM operated out of Bridgeport, Conn., at 99.9 kHz, and, when I discovered it, was broadcasting from 5:30 PM to about 11:30 PM every day. Which meant that an average of ten pieces would be aired of an evening, and the cycle would begin again in about a week and a half.

I was a young teen when I stumbled upon the station. Living not far from Bridgeport, I got a strong stereo signal. I listened on my nice KLH system when in my room; I put a transistor radio to my ear when I was elsewhere.

The station originated in the early 1960s with a jazz format, hence the call letters, and Dave Brubeck, who lived nearby, was its music director. It failed to catch on and another neighbor – Leonard Bernstein – was called upon to help provide a selection of classical pieces, ostensibly based on performance popularity.

It’s a fairly predictable list if you know your music, although the inclusion of Samuel Barber’s Piano Concerto has the Bernstein touch. All of the symphonies of Beethoven, Brahms, and Schumann were included, and several by Haydn, Mozart, Mendelssohn, Schubert, Tchaikovsky, and others.

Plenty of single symphonies, by Franck, Saint-Saëns, Bruckner, Dvořák, Shostakovich, and Sibelius, and a bunch of concertos, ballet suites, tone poems – whatever was considered a warhorse half a century ago, which means it persists as a warhorse today.

Christopher Glenn, who otherwise worked for CBS news, intoned something on the order of “WJZZ presents the top one-hundred, the one hundred most popular classical performances. Now the violin concerto in e minor, opus 64, by Felix Mendelssohn. Jascha Heifetz is the violinist; the Boston Symphony Orchestra is conducted by Charles Munch.” Glenn wasn’t known as a classical-music guy, but he nailed pronunciations in a beautifully Anglicized way that made the simpering nonsense of Robert J. Lurtsema sound like the pretentious twaddle it was.

My friend John Montanari, longtime music director of WFCR in Amherst, Mass., helped draw up a list of the pieces played and the order in which they appeared so that we could anticipated favorites. I’ve long since lost the list, and remember only that Chopin’s Piano Concerto No. 2 followed Beethoven’s “Pastoral” Symphony.

Getting to know works by Bruckner (Symphony No. 7), Hindemith (Mathis der Maler), and Bartók (Concerto for Orchestra, Music for Strings, Percussion, and Celeste) was tougher for me than learning my Mozart and Schubert, but I tried to pay attention to everything that aired. I fetishized the station as only a teenager can.

And I was helped by a book my father dug from his collection. The Columbia Book of Musical Masterworks was published in 1947, edited and with a wry and witty introduction by Goddard Lieberson. As he explains, the book collects the program notes written for inclusion with what until then had been album sets of 78-rpm recordings. Although I didn’t know it at the time, the essays were free of the academic pedantry that informs far too much classical-music writing. The book became my music-ed bible, and by the time I had the likes of Donald Jay Grout’s History of Western Music thrown my way, I felt safe in the arms of Lieberson’s friendly alternative to Grout’s fabulous boredom.

Soon I supplanted WJZZ’s reliable programming with records borrowed from the local library, thus acquiring familiarity with chamber music, opera, and non-Top-100 orchestral works. And soon after that, I began collecting records. Today I’m surrounded by thousands of compact discs; my computer has still more in the form of audio files strewn across multiple hard drives. If there’s something I’m yearning to listen to, I’ll probably find it. Sooner or later.

When I moved to Schenectady to program and announce music on WMHT-FM, I believed that radio still offered the best exposure to classical music, and that I was in an excellent position to tie in my programming with local concerts and performers. I put live music on the air, and may have been the first at that station to do so. I brought in musicians and other enthusiasts as guest DJs.

But I ran afoul of the station’s witless management, a fear-driven fiefdom headed by a Napoleonic jerk. Now, of course, the station is a shadow even of its former mediocre self, with canned background music dominating its playlist. Even that Top-100 rotation would be preferable now!

Today we’ve got more music and information than ever before a modem’s-distance away. You can learn that core repertory far more easily than I did. But can it ever be as appealing? Are the distractions too great?

I speak as one who clings to a distant memory, of a summer evening in 1969, not long after a moon landing convinced us that anything was possible. It’s after dinner; the sky is still light. I’m straddling my Schwinn, one foot propped on the lower rail of the fence in front of my house, and I’m tuning my transistor radio’s dial.

It’s the slow introduction of Mozart’s “Prague” Symphony that I hear. Already I know what to expect, and I push off to pedal as the Adagio gives way to the merry Allegro. One hand on the handlebar, the other to my ear, I paint the scene with this music. I couldn’t be happier.

Nice piece! Loved the photo, as well. And remembering Robert J.! And I was particularly drawn to what you had to say about the radio station in Schenectady. I worked there for several years before they fired the entire on-air staff. Nowadays I listen to European broadcasters on iTunes, a godsend, if you ask me. Although, in an ominous development, RNW, Radio Netherlands Worldwide, has discontinued its classical music service.

I too fondly remember WJZZ, both the top 60 in mono and the top 100 in stereo. It was a great starting point (along with WALK's "Masterworks Of Music every night from 10 PM to Midnight) but I eventually migrated to WQXR and WNCN to fill out my repertory). I even visited both their studios in downtown Bridgeport, and the control center on Pleasure Beach where I just drove up, looked through the building's screen door and was let right in to see the twin WICC and WJZZ transmitters and tape machines. For WJZZ, the twn 10 1/2" reel machines sat side by side and beamed their signal via twin microwave setups to the Booth Hill FM transmitter in Trumbull.
I agree that the concept was short-sighted and very limiting, but majority share holder Ken Cooper was always looking for the cheapest way to run a broadcasting operation. For WJZZ this was having everything on tape (canned) and paying the WICC engineer a little extra to rewind and cue up the next tape every 80 minutes or so. Later, Cooper even tried the idea of taking Channel 43 (The failed WICC UHF TV station) and pointing a camera at a stock ticker to broadcast Wall Street trades and prices all day with a music background, and 1 engineer to oversee everything. The FCC had a rule back then that audio and video of any TV station had to match, so they shut that down rather quickly.
Still, I love the memories this post brought back. If only WJZZ could have found advertisers for either their Jazz or Classical formats, things might have been different. In some ways, all 3 stations (including CH 43) were ahead of their time... way ahead!

There was also opera on the weekends. Maybe Saturday only.
I was a teen living near Port Jefferson, LI, it expanded my horizons, even though I never heard all the pieces. My list was never complete.
Eventually I admitted it was a stupid concept, although I benefitted from it. My parents had only 4 good classical records, 2 of Beethoven piano sonatas and 2 of Tchaikovsky, along with some mediocre performances of Schubert & Wagner from some series.
So "Mathis der maler" was strange and wonderful & the reason I looked up WJZZ today.

I can also recall the station's transition to stereo. I was working in my basement grinding a telescope mirror for my amateur astronomy hobby, and WJZZ ("The Top 60") was always on to help pass the time. Around August of 1966, they started inserting an announcement between selections that went pretty much like this: "Over the past several months, WJZZ has been consulting with conductors, concert hall managers and record dealers. Soon WJZZ will become 'The Top 100,' the 100 most popular classical performances in stereo." One afternoon in October or November 1966, a selection finished with Chris Glenn's out-tro and the station went silent for about one minute. Then Glenn's voice came back, now a bit louder with: "WJZZ presents, The Top 100. The 100 most popular classical performances." ...and that was it until the station changed call letters and went "easy listening" about 3 years later.