In yesterday’s post, I mentioned Frederic Rzewski, a brilliant composer and burn-ass pianist born in Westfield, Mass., and for many years living and teaching in Europe. His set of piano variations, “The People United Will Never Be Defeated,” written in 1975, stands as one of the towering works of 20th-century piano literature – a worthy companion to Bach’s Goldbergs and Beethoven’s Diabellis. I saw Rzewski perform when he visited a hall in Troy, NY, in 2004; he since has returned to perform at RPI’s new Experimental Media Performing Arts Center (EMPAC). Below is my review of the concert, and I’ve appended an earlier squib recommending a now out-of-print CD set. Since then, a DVD of Rzewski performing his signature work has been issued and is well worth watching.

EVEN BEFORE THE CONCERT began, an unusual hipness permeated the air. Classical concerts – and classical-concert audiences – aren’t known for that quality, but this promised to be an anomaly among such concerts: A piano recital by a composer known for writing music that reacts to the immediacy of his time. Politically charged music, in fact, that’s also well crafted and emotionally affecting.

Still, it’s an act of commitment to attend a Rzewski concert. In Manhattan, it probably would have been a sellout. Here, fewer than a hundred showed up for the free event, but it quickly became an assembly of friends, because people assumed that degree of hipness about one another and weren’t shy about initiating or joining conversations.

Frederic Rzewski was born in Massachusetts but has spent much of his professional life in Europe, where he’s now a professor of music in Belgium. His work with electronic and improvisatory techniques 40 years ago has evolved into a unique musical language that is innovative without being self-consciously so, while acknowledging roots in classic music traditions.

His current compositional style is exemplified by “Stop the War,” a work written in reaction to the U.S. invasion of Iraq one year ago, and performed during the second part of his Troy recital. He noted that the work was intended to capture the contrast between his sense of rage at his government and the commonplace pursuit of daily life. The episodic 10-minute piece frequently returned to the “ding-dong-ding” motif from the song “Frère Jacques,” presented in a number of different guises in a succession of episodes. First it was rhythmic: Rzewski drummed on the piano, drawing contrasting timbres from different parts of the instrument. “Stop the war,” he intoned as the drumming picked up speed and gave way to melodic ruminations. They were often discordant but maintained a sense of dramatic progression, fortissimo outbursts peppering the way. The closing shout of “Stop the war!” wound down to a clucking of fingertips on the piano before the work’s predictable close.

“The People United Will Never Be Defeated” is the piece that really put Rzewski on the map. It was written for Ursula Oppens, who wanted a companion piece for Beethoven’s “Diabelli Variations” in a 1975 recital; Rzewski spun out a series of 36 variations on a Chilean protest song that happens to share a chord progression with Paganini’s 24th Caprice – itself the subject of a many variations sets.

Rzewski’s intricately crafted piece takes us through an hour’s worth of plangent, percussive, jazzy, ethereal musings, climaxes with an improvised cadenza and finishes with an emotional wallop. It’s a piece built on a rallying cry that becomes an even more overwhelming rallying cry as we hear the piece tweezed apart and rebuilt. This is postmodern construction at its fussiest, on a line with John Barth’s experimental writing from the same period. 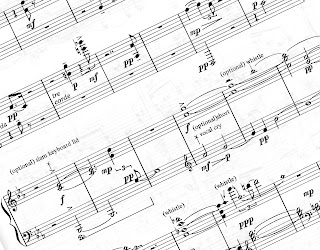 The 36 variations are broken into six sections, each of which explores a different musical relationship – simple events, rhythms, melodies, counterpoints, harmonies and, finally, combinations of all these. That’s because the sixth variation of each set is a recap of the first five, and the sixth set recaps, in sequence, each of the first five sets. And he even manages to work in a quote of a Hanns Eisler anti-fascist anthem.

Although the performer may choose not to improvise a cadenza, Rzewski is an enthusiastic proponent of this, putting him squarely in league with the line of virtuoso pianist-composers that seemed to end with Rachmaninoff, and of which Beethoven was one of the most heralded. Not surprising, then, that Rzewski’s powerful cadenza should pay homage to Beethoven’s final piano sonata, recalling a section that seemed to anticipate ragtime by several decades.

Rzewski has termed Oscar Wilde’s “De Profundis” one of the most moving essays in the English language – right up there with Shakespeare. Drawing on a tradition of melodrama contemporaneous with Wilde, he set eight sections of the text into a musical context that calls for the pianist to recite the work against music or drumming or silence, with musical commentary linking the recitations.

It’s another unexpectedly moving work, one that has been championed by many pianists but finds an unparalleled interpreter in Rzewski himself. Just to give a choice moment: “I am one of those who are made for exceptions, not for laws,” wrote Wilde, and the setting is followed, almost implausibly, by a Bach-like interlude. It shouldn’t work, but then Rzewski seems to be a composer made for exceptions. His recital will certainly prove to be one of the high points of this and many another year. 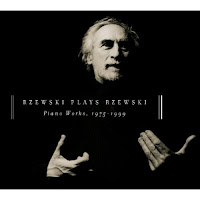 THE ABSOLUTE MUST-HAVE set of the year is Rzewski Plays Rzewski: Piano Works 1975-1999, Nonesuch’s seven-disc set of Frederic Rzewski playing a generous allotment of his own works for piano. His 36 Variations on “The People United Will Never Be Defeated” is a landmark work of the 20th century; here it was recorded in one tiring take that includes Rzewski’s blistering improvised cadenza. “The Road” is projected to be a many-hours-long piece that you’re supposed to digest in chunks, like a novel; parts I through IV span two discs and are confusing, fascinating, infuriating—great stuff. “De Profundis” sets a spoken excerpt from Oscar Wilde’s prison letter to Alfred Douglas to music that’s trenchant and effective.