The New Economics of Dining

Clever Dick Dept.: The five years since I wrote this piece haven’t changed my economic picture, and I’ll bet yours also isn’t too different now.

SOME OF THE QUICK-FOOD JOINTS figured this out a while ago: Subway has been offering $5 sandwiches for over a year, around the time Boston Market also came up with $5 entrées. Joining the fray in May is T.G.I. Friday’s, which just dropped the price of several of its offerings to five bucks. 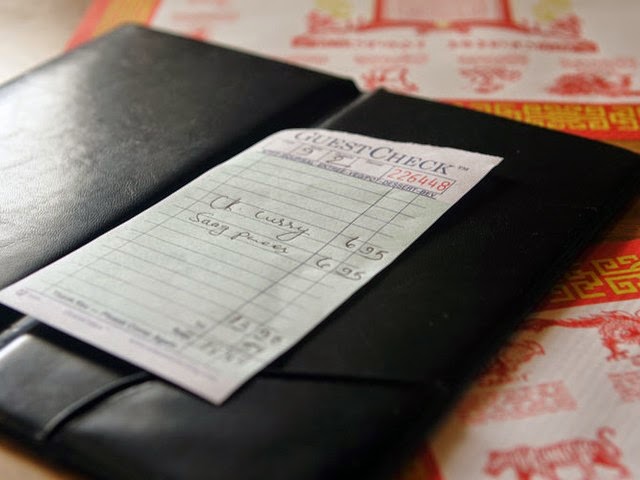 If places like that are feeling the pinch, what about white-linen and casual dining restaurants? A number of new deals have been appearing on menus throughout the area, recognizing that one of the first things to go when you’re closing household budget gaps is dining out. Restaurant meals can’t help but be exponentially more expensive than the dinners you cook at home.

Yet there’s evidence – it’s anecdotal, so don’t put my feet to the fire – that folks tend not to cut back on dining out as much as they might during lean times. I suspect that the comfort offered by a good restaurant meal becomes even more attractive as everything else in your life goes south.

Is it possible to continue to enjoy your favorite eateries even as paychecks shrink and disappear? I believe so – but, then again, I’m paid to believe so.

Not that I’m paid much. My freelancing life is always a bouncy economic ride, so I long ago developed my own strategies for minimizing meal expenses without having to cook too often.

At first those strategies were transparent and/or stupid. Take, for example, the challenge of dining out with others. As a teenager, I learned that patting my back pocket in the famous where’s-my-wallet? move fooled nobody. So I refined it into a more careful scam, deciding ahead of time what I could afford to pay for the meal and putting only that amount of cash in my wallet. (Needless to say, I had no credit cards.)

At the moment of truth, I would very obviously produce every last dollar I was carrying, and murmur, “Listen, I think I’m a little short.” The trick was to sit close to someone who didn’t know me well, someone inclined to respond with a “Don’t worry about it.” The downside, of course, is that you can’t use that tactic too often.

Better to approach the dining-out quandary with some manner of budgetary precision. Look over your restaurant expenses for the past year. Mine, because of the work I do, get their own Quicken category.

Three main variables define you dining: where you go, how often, and what you spend. You’ll save money if you patronize different places, visit the same restaurants less often, or cut out the appetizers and order cheaper entrées. And you didn’t need that dessert anyway.

Beyond that, how about cutting a deal with your favorites for a discount? It’s not as far-fetched as it may sound. It’s not just the chain restaurants that have been lowering prices or, at least, offering economical combos. Ask if there’s reward program for frequent dining, which may well encourage the owner to institute one.

There are significant ways to look at the matter of dining at less-expensive restaurants. Theoretically, quality increases with price, but at some point, all you’re paying for is prestige. This is the case with every high-end enterprise, be it audio equipment, vacation resorts or fancy clothing. Maybe you can live without being fussed over by a maitre d’. Do you really need a designer label, so to speak, on your dinner check?

Now is a great time to deepen your interest in the cuisine of unfamiliar ethnicity. Unfortunately, to do that, you’ll have to go to New York – or any other major metropolitan area. Albany is getting there, but slowly and with cries of pain. When we get an Ethiopian restaurant, I’ll stop bitching.

We have had a recent efflorescence of Asian and Middle Eastern eateries, and I’m thrilled to see a low-priced Polish restaurant (Muza) join Troy’s array, which already includes representatives from Turkey, Lebanon, Egypt, Jamaica and Cuba.

It used to be called slumming, that practice of whisking your top-hatted, fur-coated friends to some little dive where you could display your hauteur while saving money on the grub. Now it’s called financial survival. And once you lose the hauteur, you’ll win an owner’s greeting far more sincere than that of the well-paid maitre d’.

But how, I hear you asking, can I dine without paying anything at all? It’s simpler than you may think. Try to find richer friends. They’re out there. They don’t usually move in your social circles, so you’re going to have to upscale your life a bit. If you’re an artist, seek wealthy patrons. Otherwise, wear respectable clothing and mingle with the well-heeled. Insinuate yourself into the intermission crowd of opening night of a symphony season and second-act the concert. Chances are that there will be a reception afterward. There’s dinner!

Posing as a reporter, find a hotel with a noontime press conference that has lunch attached. Ask a few questions – they don’t even have to be intelligent ones (you’re a reporter, after all) – and glom onto the buffet.

Or work as a real reporter and review restaurants. If you haven’t got a print publication up your sleeve, try blogging. Push your way past the background noise with quality writing, good photos (and please, please, a good layout) and eventually they’ll be coming to you, offering free eats.