Working in Coffeeshops, Dating Dept.: Perhaps it’s the warm weather, but my coffeeshop visits have placed me in frequent proximity with folks in search of romance. Recently it was a fellow studying his Match.com screen, fussing over a message for a good hour or so. All I could see of it was the line “I’ve never been as fascinated by anyone’s profile as I am by yours,” or words to that effect, which immediately had me longing to warn the poor woman. 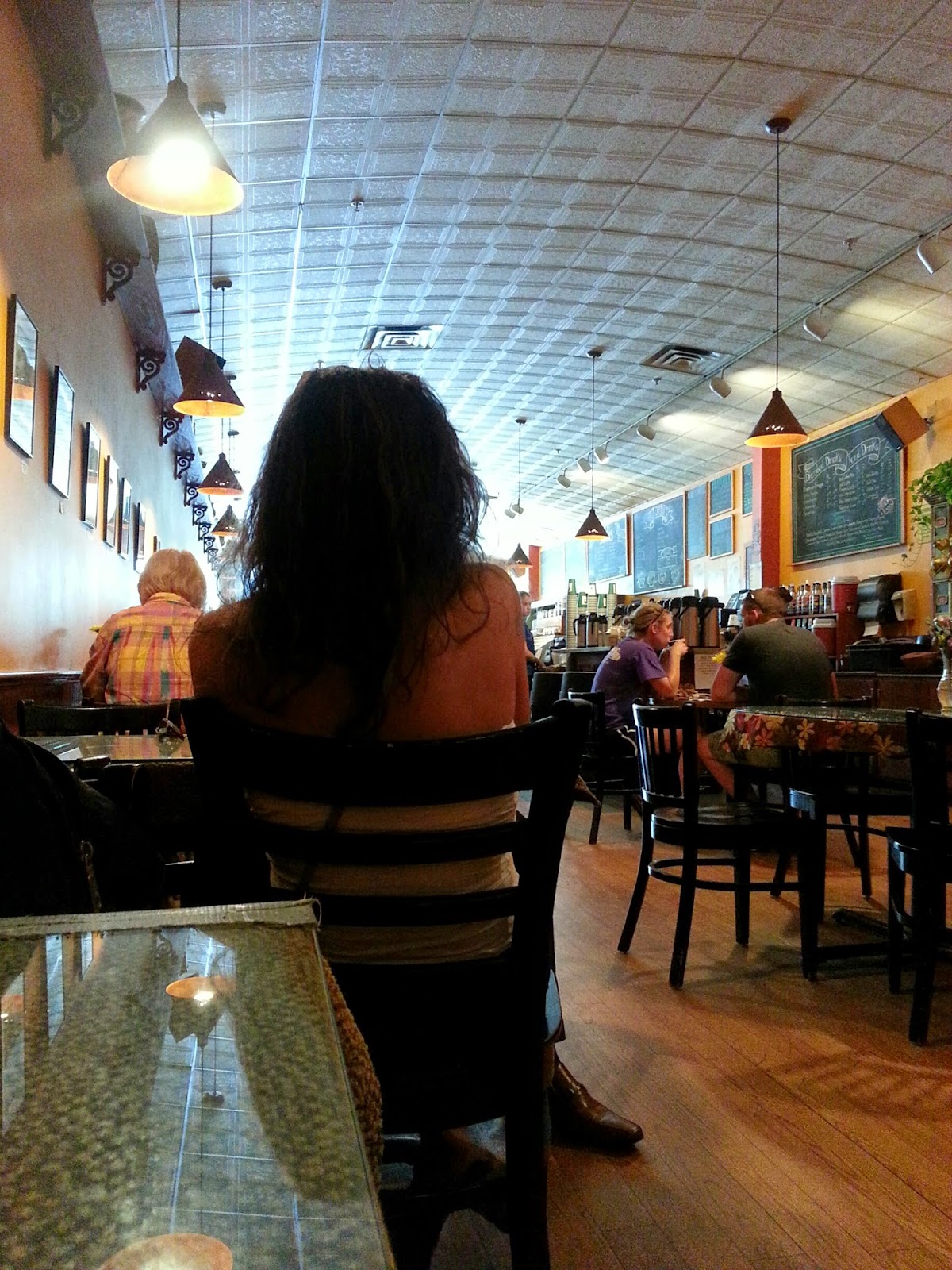 Today it’s an adjacent couple going through a first-date Q&A, and I’m startled to note that it’s almost a one-way deal. That is, she asks many questions but answers few – and he’s only to happy to prattle on.

But I was impressed to hear him cut, I suppose, to the chase by soon asking her, “Do you like whisky?”

“Oh!” he said. “That’s even better,” leaving me to wonder what, exactly, they believe whisky to be.

To which she asked, “What beer do you like best?”

He paused. “I’m, like – I feel under all this pressure to name some really cool beer. And I don’t want to ... this time of year, you know, you can drink seven, eight, nine of them.”

“The reason I went into accounting,” he began, but I missed the end of it. I did hear, “In my job right now it’s hard to take, like, even two weeks off.”

“Your bar – it’s the best bar in Albany,” he said, suggesting a most prosaic first-meeting place.

“I mostly make shakes for myself during the workweek,” he offered. “On the weekends – that’s different.”

She must have asked him about travel, for he boasted of trips to Las Vegas. “I go out there for a little blackjack, and last time I saw a really great show. This Cirque de Soleil thing about the Beatles. It was great. And I’m not a big Beatles fan.”

Unlike her, apparently, because he soon went on with: “They were popular in the 60s – but it’s 2014 now, and every generation seems to rediscover them. I think the Beatles’ message will span the test of time. I mean, it’s like love, peace, and happiness, right?”

Time for me to skedaddle to an appointment. But not without hearing him ask: ““Are you one of those types who’s, like, already seen the world?”

She must have seen something good, for he said, “I have to confess – I’ve only been to Canada.”

1. I love this. Harriet the Spy was a favorite childhood book, and Rear Window is a fav film.
2. Oh my God in heaven please let me never have to date ever again.