From the Cookbook Shelf Dept.: A look at three recent titles that suggest we still have a journey to get back to the truly beneficial basics. 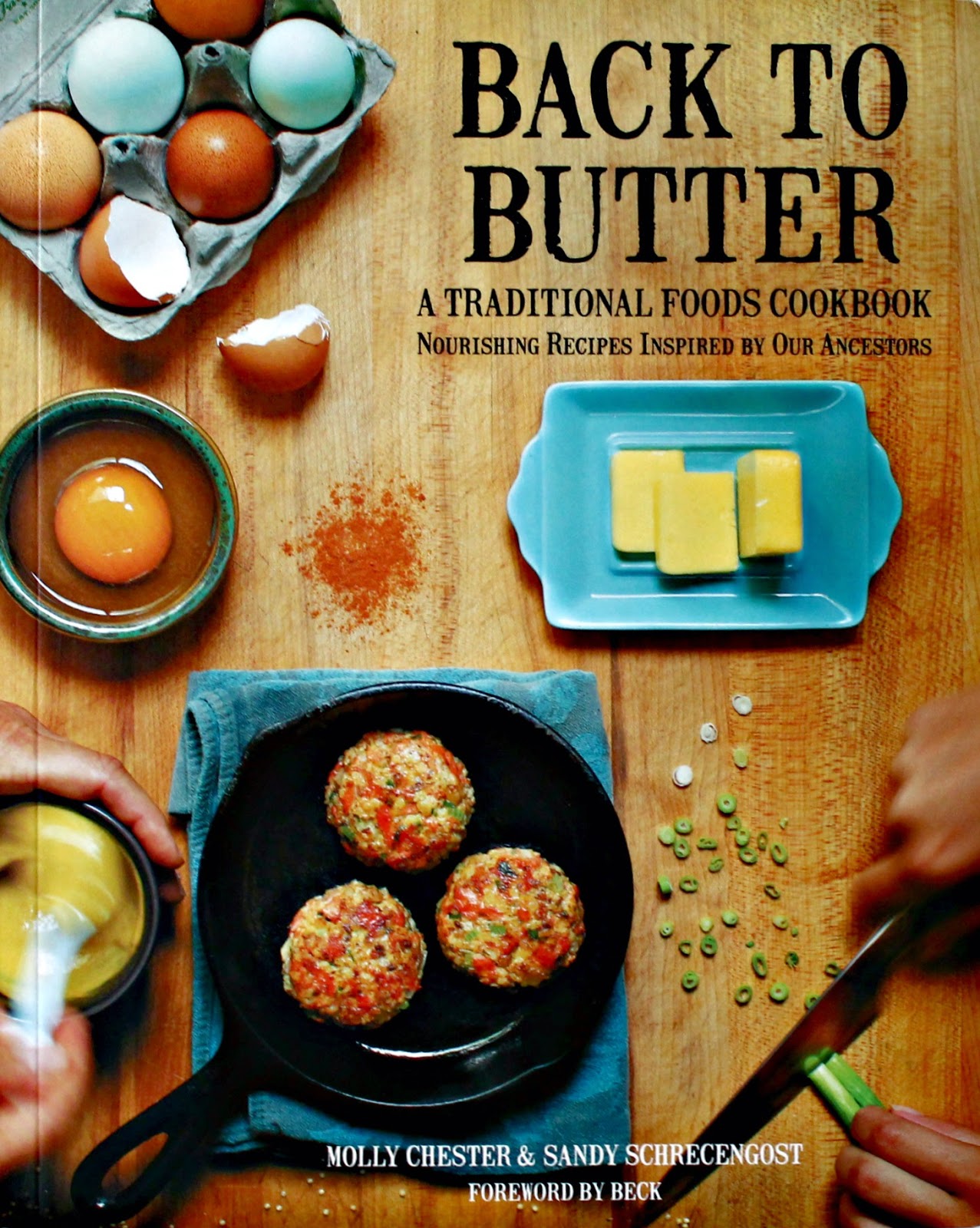 SAUSAGE, EGGS, AND BUTTER: Add some toast and you’ve got breakfast taken care of, but, as three recent books suggest, they offer concepts that go far beyond the morning meal. Back to Butter is a passionate plea for a return to the sense that’s in precedence. Specifically, noting that a healthy avoidance of processed food doesn’t include eschewing all fats. Inspired by the books of Weston A. Price (Nutrition and Physical Degeneration) and Sally Fallon (Nourishing Traditions), the authors (a daughter-mother team) run a farm and a blog (organicspark.com) that espouse a traditional foods approach, harkening to a time when we grew and raised what we ate. It’s not a cure-all diet; as they state early in the book, it’s intended “to keep an already healthy body strong.”

After the chapter-one examination of fats and oils—a reasoned analysis of what’s in butter, lard, tallow and a variety of oils (goodbye, margarine!)—you’ll probably be ready to welcome even bacon back into your diet. But the source is the key. The butter comes from grass-fed cows; the bacon from humanely raised pigs. And if you’re not growing the fruits and vegetables the recipes require, you’re looking for farmer’s-market sources.

Among the 75 get-you-started recipes are preparations of basics like mayonnaise and mustard, sides like red rice salad with cumin dressing and such main courses as mushroom marinara over roasted spaghetti squash and a low-heat, 12-hour roasted turkey recipe that coats the bird with bacon fat.

The poor egg has suffered enough public-opinion buffeting that it won its own ad campaign. Michael Ruhlman is one of the best food writers on the scene today, so I’m grateful that he’s tackled a topic that seems as if it should have been written about long before. Egg is a cheerful 230-page look at the science and cookery of “the world’s most versatile ingredient,” beginning with the hows and whys of boiling them and moving through other water-based recipes (just look at those Eggs Benedict!) en route to scrambling, frying, baking, scrambling and then hitting the open seas of using them as binder (meatballs), coating (breaded chicken cutlets with dijon and thyme), custard-izing (quiche) and even blended into a 19th-Century Ale and Rum Flip. 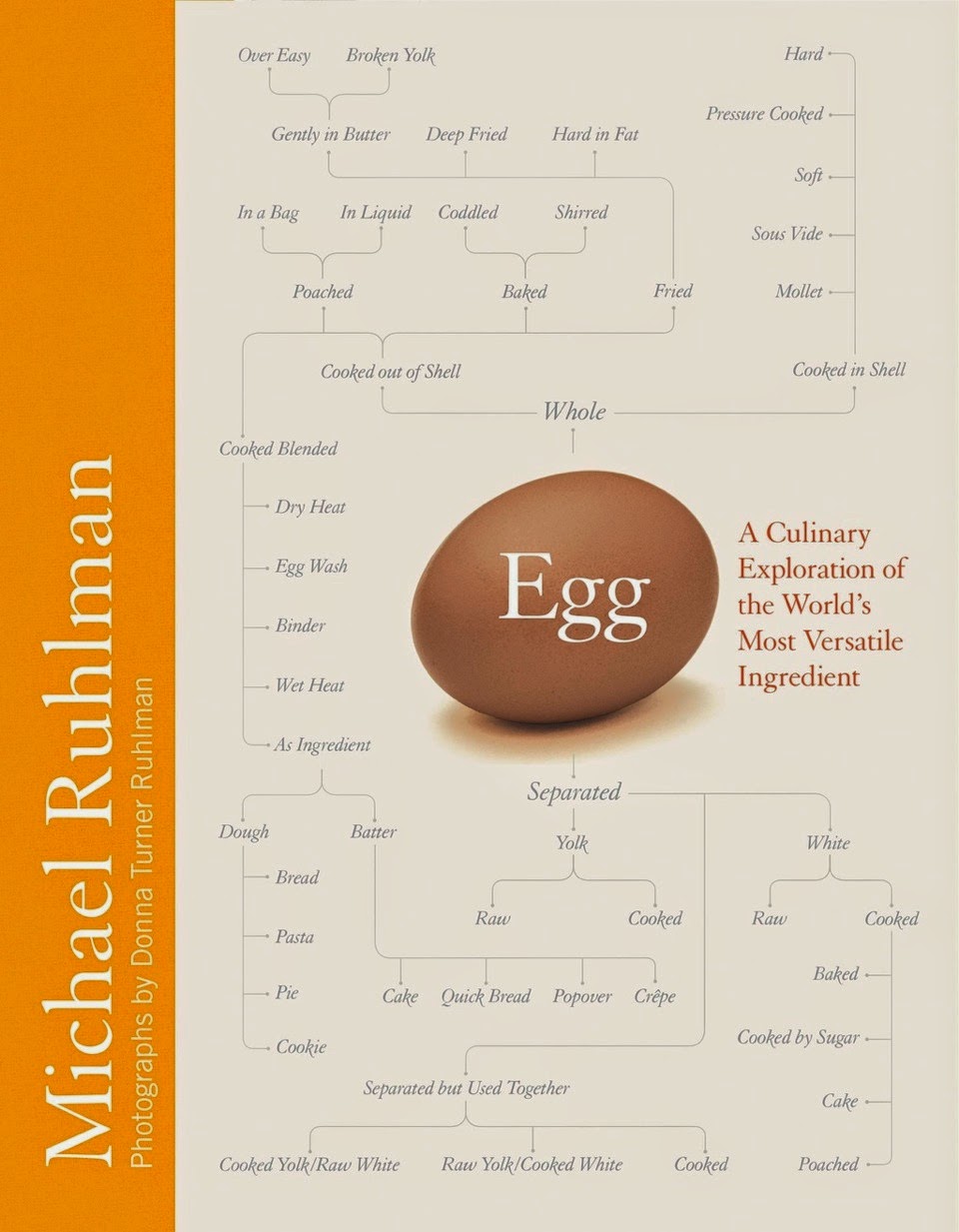 Ruhlman is conversational but thorough; as he moves into egg-based batters (brioche, pasta, cake and more), we get a combination of science and experience behind the recipes. (Excellent photos, too, courtesy of Donna Turner Ruhlman.)

We find a mayonnaise recipe here in the section of separated-egg recipes, along with the more challenging hot-sauce, butter-rich version, hollandaise, and its tarragon-scented cousin, béarnaise. He learned about the latter from watching his mother at work, “who raised it to the level of a one-on-one sport, my mom against the sauce. When she got into the ring with tarragon and yolks and butter, we all drew near, watching her whip that sauce.”

And we’re escorted out of this fascinating volume with mousse and meringue recipes, among the finest of the egg’s multitude of offerings.

Nearly a decade ago, Ruhlman co-authored a fine book on charcuterie, and it gets grateful acknowledgment from Jeffrey Weiss in his own book on the subject. But Charcutería is subtitled “The Soul of Spain” for good reason: It concentrates not only on that country’s many recipes for variously processed meat but also glories in its history, which is a whole-animal approach that includes appropriate husbandry and slaughter.

Park your squeamishness and drink in the description of the matanzas del cerdo held each winter, a ritual that has grown into a community-wide party, and understand that these people live with the swine that soon will be dinner. It’s ironic (but not surprising) that our overregulated domestic meat-processing industry favors the factory producers who supply an abundance of product that’s flavorless in comparison with their Spanish counterparts—and not all that free of disease, when you consider the abundance of recalls.

Although ages-old processing techniques have kept generations of families healthy, you’d have difficulty getting any such items past our FDA.

But the try-them-at-home recipes are here. And they’re simple once you relearn some cooking approaches. When you’re making sausages and ham, the measurements are by proportion. Thus, fresh sausage combines 70 to 80 percent meat with 20 to 30 percent fat, 1.5 to 2.5 percent salt (by weight—it’s useless to rely on volume measurement because different types of salt flake differently), up to 10 percent of a binding agent and ditto any liquid.

There’s a mouth-watering chapter on the finest of all ham, the legendary jamón Ibérico, with advice on how to make it for yourself—but do you keep pigs fed on acorns?

Which is why I skipped to the chapter on embutidos, the various sausages, including the fresh stuff that I discovered I’m not necessarily making correctly (I need to get a dedicated grinder), the morcilla (blood sausages) and, especially, the cured sausages, of which chorizo gets a chapter all its own. 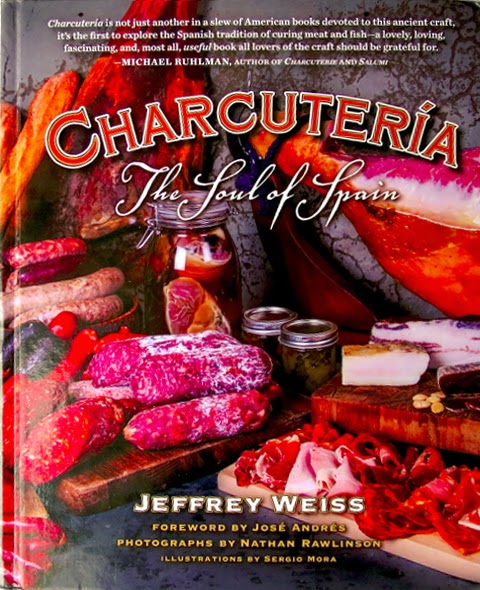 “Is there any other tubular meat product that has, over the course of history, had greater influence on so much of our world’s cuisines?” Weiss asks rhetorically. Although chorizo, which means, simply, “sausage,” comes in fresh and fermented varieties, it’s the cured product that attracts the most attention. And here are the recipes, a surprising variety of them for something so seemingly simple. Ground pork is mixed with pimentón (smoked paprika) and garlic, but there are different proportions of the different cuts of pork, and Pamplona-style chorizo includes beef brisket.

And this fun-to-read book has so much more. Alongside the traditional panceta curada are recipes for cured egg yolks, anchovies, tuna and cod, the last-named for the famous love-it-or-hate-it bacalao.

These three books should send you back to the backyard garden, to the farmers’ markets—and back to your own kitchen to make food with flavors (and health benefits) we’re in danger of allowing ourselves to forget.