I’m Gonna Be ’Round My Vegetables

From the Back of the Fridge Dept.: Here’s a snapshot of the Albany-area restaurant scene – and my typically underenlightened attitude – from 1996, when I looked at the options for vegetarian dining. Eighteen years later, I would defy you to find an eatery where you can’t score decent meat-free fare.

ACCORDING TO A 1995 Food and Drug Administration report, people are increasingly turning to vegetarian diets--or at least to regular vegetarian meals--for a variety of reasons. Whether for religious, political or health reasons, it’s become a full- or part-time option for as many as 20 percent of the dining-out population. 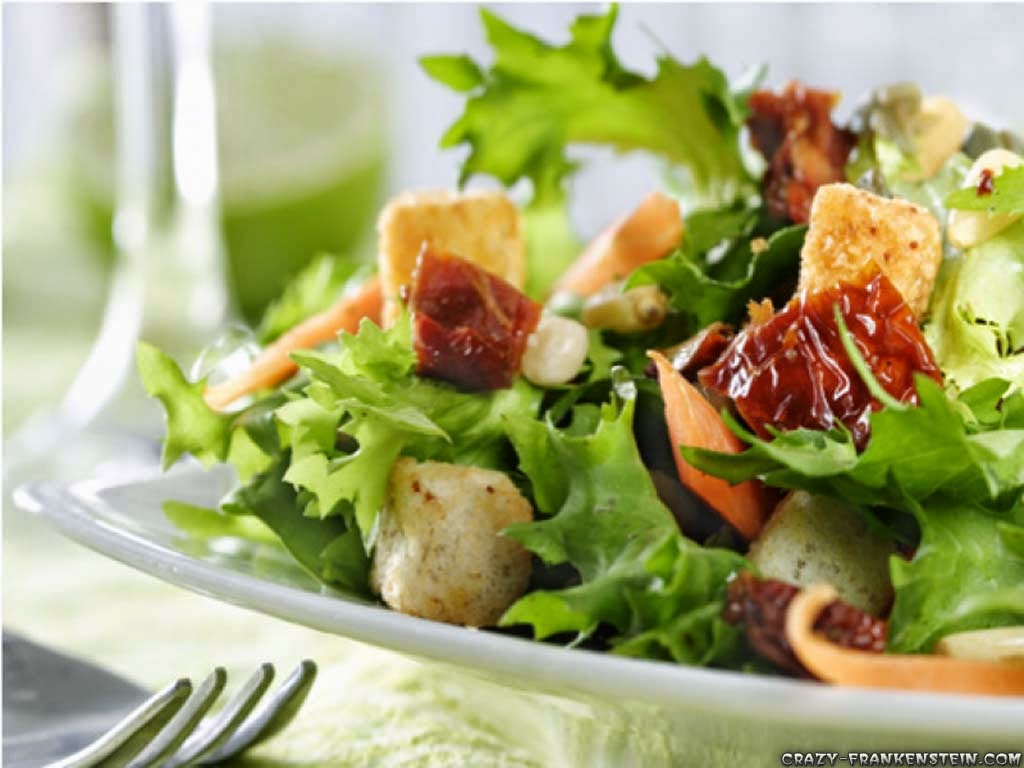 Leaving only the challenge of finding good vegetarian fare.

I’ve flirted with vegetarianism (and comely vegetarians) often enough to understand that the attitude varies from restaurant to restaurant. Obviously, some ethnic restaurants are made to order for vegetarian fare. Asian menus accommodate meatless eating nicely, as do the many Indian restaurants springing up in the area.

And there are the Italian restaurants. “Our menu is just a list of suggestions,” says Carmine Sprio, whose new restaurant, Carmine’s, is wowing them at the Blockbuster Video plaza, 818 Central Ave., Albany. “Anything that’s on the menu can be changed. And we’re happy to hear any ideas you have.”

Italian restaurants traditionally are good vegetarian havens, what with the easy availability of pasta and meatless marinara sauce. The challenge can be to get beyond that, and Sprio and his chefs are happy to oblige.

Not that you’ll always find a kitchen so obliging. “Sure, we can make vegetarian items,” says Cafe Capriccio chef-owner Jim Rua. “But I don’t go out of my way to do it any more.” His restaurant, at 42 Grand St., Albany, has a changing menu of northern Italian fare that may or may not include meatless items at a given time. He used to keep a list of vegetarian items for his floor staff to have handy, but, “I don’t know, it just got to be too much of a pain.” Jim grins and waves his hands. “I have trouble with vegetarian.”

“Sure he does,” says Ric Orlando, chef-owner of Woodstock’s New World Home Cooking Co. “I know the way Jim cooks. He loves to put pancetta in everything. But he can cook great vegetarian stuff when he wants to.” Orlando’s own menu is innovative, eclectic, and always features vegetarian and vegan items.

“I don’t agree with vegan as a steady diet,” he says, “but it’s a challenge to create food that uses no animal products at all and still has good flavors.”

“We do a wonderful risotto,” Nicole Plisson tells me, and just the tone of her voice makes me hungry. Peter Kelly is the chef at Nicole’s Bistro at the Quackenbush House (25 Quackenbush Square, near Clinton and Broadway, Albany), presiding over an ever-changing menu that isn’t afraid to experiment. “It has roasted squash and peppers with fresh parmesan cheese and herbs. We also make our own ravioli.”

She and her chef are always open to ideas, she says, “and Peter will try to make whatever you want. Call ahead, or just talk to us when you come in.”

Communication, then, is the key. Identify your dietary restrictions, and do so intelligibly and without confrontation. Otherwise, you promote the stereotype of the fussy fruit and nut muncher.

“I find it very hard to deal with some vegetarians,” Ralph Buess says thoughtfully. He’s chef-owner of the George Mann Tory Tavern on Route 30 in Central Bridge, a building he restored with the same care he gives to the French-inspired American fare he serves. “Some eat no dairy, some won’t eat fish, some won’t touch anything except vegetables and beans. But too often I get the same scenario: someone calls looking for a vegetarian entrée. Fine. What will you eat? Everything. Okay: I fix something that has eggs and cheese and custard. The party arrives and says, oh, no, I don’t eat that. It gets ridiculous to the point of things like, oh, I don’t eat red peppers. I gave up on them. I’ll do a pasta dish or something with vegetables if I’m asked, but I don’t feature it.”

“They’re intermittently demanding,” says Antoinette Colucci. “I know the kind of trouble he means.” Her restaurant, The Carlton, in Schenectady (1605 Becker St.), is known for its steaks, but she keeps a separate menu on hand for vegetarians. “If somebody asks, I can send this menu to the table. I keep a minimum of four vegetarian items on hand, sometimes as many as six or eight. It’s important to be creative in texture and presentation, because too often vegetarian items just end up as mush.”

She works a lot with items like lentil cutlets – “things that look like a piece of meat” – and exotic mushrooms. “I also do a dish called ‘Moors and Christians,’ which is black beans over rice. Actually, we add ‘other crusaders’ in the form of colorful vegetables, too. I’m using more tofu these days, in a lasagne, for instance, that has no cheese except for a little parmesan for flavor. And my vegetarian moussaka is very popular, using zucchini and boiled sliced potatoes.”

“Tofu is good,” says Orlando. “We work with a lot of that. Also tempeh and seitan.” Like Colucci, he treats some of the veggie material as he would meat. “Especially seitan. I sauté it, I barbecue it – it’s great stuff.

“We roast and smoke a lot of vegetables and grains here to give a variety of flavors. We also work a lot with vinegars, citrus, and other intense infusions of flavor.”

There’s good financial wisdom there, too, says Ric. “All the industry mags tell you that if you don’t get vegetarian dishes on the menu, you’re cutting out an important part of your market.”