All the World’s a Rage

WE KNOW THAT, following the phenomenal success of The Catcher in the Rye, J.D. Salinger didn’t want to be bothered and thus secluded himself in the woods of New Hampshire. Of course he wanted to be bothered, argue David Shields and Shane Salerno in Salinger, their fat, chatty biography. Why else would he have taken such pains to let the world know it wasn’t wanted? 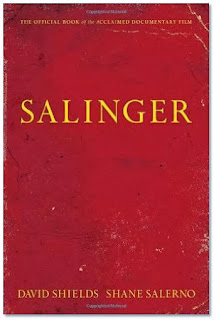 The 700-page biography was released as a tie-in to the Salerno documentary of the same title, which opened to dismissive, even hostile reviews, and was re-cut last month to tone down its annoying music score and overuse of re-enactments.

But the book can and should be taken as a separate entity, replete with its own balance of flaws and fascinating information. It’s presented in a kind of documentary format, with cascading quotes in place of a movie’s talking heads, but it lends the book a disjointed, slapped-together feel. This also undermines the book’s credibility by giving equal weight to all comers, be they recognized scholars, friends of Salinger, or movie stars who must have stopped by to get quoted.

A reasonably good explanation for Salinger’s personal character and resultant prose is the harrowing wartime experiences the writer underwent, from D-Day through post-war Buchenwald, with Salinger ending up in the worst of the hot spots. If it was Shields’s and Salerno’s intention to bombard the reader in a manner suggesting those experiences, they did pretty well. More than enough information is given to convey the message, and the result threatens to trivialize the subject with its over-intensity.

But that’s a characteristic of the book as a whole. Every element has the same weight as every other. Salinger’s move to New Hampshire, for instance, is rendered with about a half-dozen quotes per page, with sources including another biographer, a Salinger girlfriend, a Salinger-family nanny, a schoolteacher who’s a Salinger fan, a distinguished author who knew Salinger, and a chunk from a 1961 Time magazine story, and mixing together fact, conjecture, and opinion.

You’re led to assume, by the seeming gravitas of this enterprise, that everything in it is true. Yet the issue of Salinger’s first wife gives an example of the book’s games-playing. He met and married Sylvia Welter in Germany in 1946, and there’s speculation, as she’s introduced in the biography, that she was a foreign agent. Later in the book, the speculation vanishes: she has become a foreign agent because that’s the narrative that suits the biography’s agenda.

The book’s most cringeworthy moment comes when the timeline reaches Salinger’s publication of Nine Stories, prompting Shields into a 5,000 word, second-person screed that tries to analyze the stories in terms of Salinger’s life, but good luck getting through it.


. . . you’re getting better acquainted with squalor all the time. You haven’t come through the war with all your faculties intact. You’ve had a nervous breakdown, spending two weeks in a military mental hospital. You look like a goddamn corpse. You had been triple-reading paragraphs; now you’re triple-reading sentences. You’ve been chain-smoking for weeks. Your gums are bleeding. The goddamn side of your face is jumping all over the place.

Enough. What made Salinger’s work appealing to so many fans across so many generations is the stuff of potentially dull literary analysis, and Salinger rarely strays in that direction. Instead, we pursue the oddities and scandals, and the hermit writer unfortunately provided enough of them to give this book its post-war juice.

Salinger was attracted to a certain type of young woman – virginal might be the most restrained adjective – and would surprise the objects of his desire with out-of-the-blue letters and phone calls. Most notorious was his courtship of writer Joyce Maynard, given their age difference (she was 18, he 53) and the publicity she eventually allowed it. She gives what must be its fullest possible account in this volume, with the result not unlike what occurs when you put a scene of full-on sex into a movie: the narrative stops and it becomes instead about sex.

Much unique and fascinating information can be mined from this biography, although you earn these nuggets by slogging through the rest of it. And there are more annoyances at the book’s end, like the pop-psychology ten-part analysis of the man that’s laughable in its simplisticness, and the hint that more Salinger stories will be published in the coming years.

I’ve read his early fiction, the stuff he didn’t want re-published, and it’s easy to see why. I’ve read his final published work, a story titled “Hapworth 16, 1924,” that took up most of a New Yorker issue in 1965, and which unfortunately teemed with the crypto-Buddhist proselytizing that increasingly took over Salinger’s prose. While I don’t regret the sometimes tedious trip through the new biography, I can’t say I’m all that excited to anticipate more from the horse’s mouth. But at least it will be competently crafted.
Posted by B. A. Nilsson at 7:35 PM