Holiday Buying Dept.: Clever title. But Liszt doesn’t appear on this list, except insofar as you’ll find some of his works on the Horowitz set. Here’s my year’s-end wrap-up of what you could be wrapping for very fine and cultured friends this Christmas.

DAVID ALAN MILLER and the Albany Symphony have been Grammy nominated for their recording of John Corigliano’s “Conjuror,” a percussion concerto written for Dame Evelyn Glennie, cast in six parts, showcasing three different percussion families solo and with orchestra in a 36-minute work with a satisfying cumulative effect. Miller also helms the Orquestra Gulbenkian in a recording of pieces by Portuguese-born Luís Tinoco, leading off with the percussion-heavy “Round Time.” Both CDs are excellent showcases of new music; both are on Naxos. 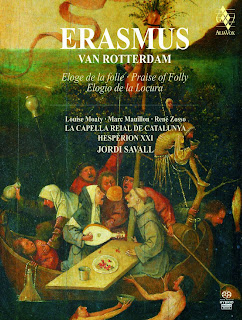 Also from Naxos are JoAnn Falletta conducting a 19-minute suite from Duke Ellington’s “Black, Brown and Beige,” along with “The River” (an American Ballet Theater Commission), “Les Trois Rois Noirs” (unfinished at Duke’s death, completed by his son, Mercer) and other works in effective orchestral versions.

Controversial Turkish composer Fazil Say writes expansive, programmatic works. His Symphony No. 2 is titled “Mesopotamia” and its ten movements tell a complicated story about the titular region, the orchestra abetted by bass flute, bass recorder and theremin. “Universe” (his Symphony No. 3) turns its attention to the skies and very meaning of existence. Stirring, unashamed works excellently performed by the Borusan Istanbul Philharmonic (Naïve).

Every recording label has a back catalogue that’s aging even faster than what remains of the classical audience, and they’re the stuff of a parade of box sets.

Leading the pack is the 42-disc Vladimir Horowitz: Carnegie Hall Collection (Sony Classical), a warts-and-all retrospective that gives us 17 complete recitals in the venerable hall performed between 1943 and 1975, with many of them partially or entirely previously unreleased. Probably because of the flaws here and there, the qualities that make this an especially striking document. Also included are the two recitals from which “Horowitz on Television” was drawn in 1968 along with (at last!) a DVD of the program itself; four CDs of recital concert excerpts and more.

Another pianist getting his box-set due is Leon Fleisher; his Complete Album Collection (Sony Classical) offers 23 CDs that include an unparalleled with George Szell and the Cleveland Orchestra in what are among the finest interpretations of the Brahms and Beethoven concertos; solo works by Schubert, Brahms, Debussy, Ravel, Liszt and more; some of the left-hand repertory Fleisher performed while treating focal dystonia in his right hand (Prokofiev, Britten, Korngold, Ravel) and a triumphant return to two-handed playing with a disc of Mozart concertos. 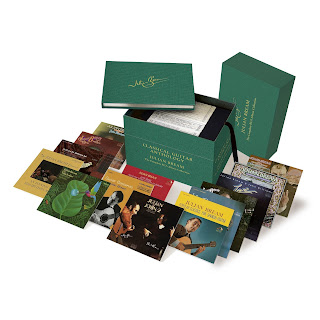 Groundbreaking guitarist-lutenist Julian Bream’s complete RCA recordings came out 20 years ago in a 28-disc set; now it’s available (with additional recordings and three DVDs) as the 42-disc Julian Bream: The Complete Album Collection (Sony Classical), putting the material back as it was on the original albums, reproduced here in cardboard miniature. This is an essential for guitar-music fans.

Fritz Reiner: The Complete RCA Recordings (Sony Classical) came out in October, a 63-CD set in original jacket reproductions, with the fiery maestro of the Chicago Symphony conducting many a warhorse, including the acclaimed recordings of works by his buddies Bela Bartók and Richard Strauss. Alas, the set sold out and isn’t being remanufactured, so grab it while you can.

Although anything broadcast from the Met circulates among collectors, two “official” box sets give the best possible sound. Verdi at The Met (Sony Classical) gives ten of his most famous operas performed between 1935 and 1967, the only surprise being a 1940 Otello with Giovanni Martinelli, Elisabeth Rethberg and Lawrence Tibbett. Wagner at The Met (Sony Classical) puts nine operas on 25 CDs, including a fabled 1938 Tristan und Isolde with Kirsten Flagstad and Lauritz Melchior, and Hans Hotter in both Der fliegende Holländer (1950) and Das Rheingold (1951)

Earlier this year the centenary of The Rite of Spring was marked by a plethora of recordings old and new. You could find 38 versions in a 20-CD set from Decca, but my favorite (and more manageable) such collection was the 10-disc original jackets release from Sony that ranged from a 1929 Stokowski version through Bernstein, Ozawa and Stravinsky himself, finishing with a fiery 1996 Tilson Thomas recording.

Nobody conducts the repertory with greater assurance than Claudio Abbado, and Universal honored him with the 41-CD Abbado: The Symphony Edition. It’s equally a treat for fans of the conductor and a way to get much of your basic orchestral repertory in one place, containing as it does the complete symphonies of Beethoven, Brahms, Schubert, Mendelssohn and Mahler with generous portions of Mozart, Haydn and Bruckner thrown in. 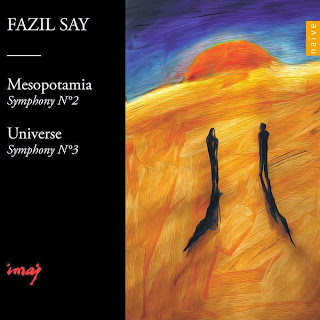 Two of my favorite requiems are on great-sounding new recordings. Colin Davis and the London Symphony returned to the Berlioz Requiem after over 40 years (LSO Live) for a version as vital as his earlier one, better sounding, and, even though it clocks in at ten minutes longer than the Munch version I hold as reference, with a keen sense of drama – recorded in St. Paul’s, no less. If the Verdi Requiem seems more operatic than liturgical, it has a good champion in Daniel Barenboim (conducting La Scala’s forces), especially with soloists like tenor Jonas Kaufmann and bass Rene Pape. The clarity here is astounding (Decca).

At the heart of René Jacobs’s new St. Matthew Passion (Harmonia Mundi) is the use of two choruses, reproducing what he believes was Bach’s intention – and this recording makes a persuasive argument. Jacobs knows the viscera of the piece (he sang it as a boy soprano) and gives it a whole new life.

Having taken on the solo violin concertos a couple of years ago, Rachel Podger has turned to the Double and Triple Concertos, including the one for two violins in d minor and a conversion of BWV 1064 from three harpsichords to three violins, all performed with her ensemble Brecon Baroque (Channel Classics)

And the indefatigable Jordi Savall brought out two beautiful book-and-CD combos earlier this year: Pro Pacem culled a couple dozen selections from Savall’s expansive catalogue, themed in the cause of peace, while Erasmus: Praise of Folly is a six-disc set mixing recitations of texts by Erasmus, Machiavelli, More, Luther and others with music from or appropriate to the era. Three CDs contain recitations over music; three contain the music alone. Although the release is in French, you get a code to allow you to download the three CDs in English, German, Dutch, Italian, Spanish or Catalan (all on Alia Vox).