Guest Blogger Dept.: We must credit a series of poets putative and anonymous. Here’s some doggerel that appeared during the Civil War and has been passed around and “improved” in the decades since. John Haralson’s name also is given as “Harrolson” and “Harrelson,” and the lines have been altered, but this version, which ran in Playboy’s “Ribald Classic” column in October, 1973, seems to be fairly definitive. 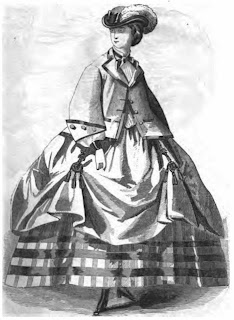 THERE CAME A TIME during the Civil
War when niter, necessary for the manufacture
of gunpowder, was in such short supply that
an agent of the Selma, Alabama, Niter and
Mining Bureau went public with an unusual
request, said to have appeared in the
Oct. 1, 1863 issue of the Selma Sentinel:

“The ladies of Selma are respectfully
requested to preserve all their chamber
lye collected about their premises
for the purpose of making niter.
Wagons with barrels will be sent around
for it by the subscriber.

This prompted Thomas B. Wetmore, the provost marshall of Selma, to write:

Jno Haralson! Jno Haralson! You are a funny creature;
You’ve given to this cruel war a new and useful feature,
You’ve let us know, while every man is bound to be a fighter,
The ladies, bless them, can be put to making lots of nitre.

Jno Haralson! Jno Haralson! Where did you get the notion
Of sending barrels round our street to fill them with that lotion?
We thought the women did enough at sewing shirts and kissing:
But you have put the lovely dears to patriotic pissing.

Jno Haralson! Jno Haralson! Can't you suggest a neater
And faster method for our folks to make up our saltpeter?
Indeed, the thing's so very odd, gunpowderlike and cranky
That when a lady lifts her skirt she shoots a horrid Yankee!

To which the redoubtable Haralson replied:

The women, bless their dear souls, are every one for war,
To soldier boys they'll give their shoes and stockings by the score.
They'll give their jewels all away, their petticoats they'll lower,
They'll have saltpeter or they'll say in earnest phrase – "Wet more!"

The women, were it not for them, our country would be lost;
They charm the world, they nerve our hearts to fight at every cost.
What care they how our powder's made? They'll have it or they'll bore
Through mines or beds in stables laid, and, straining, cry "Wet more!"

Women, yes they stoop to conquer and keep their virtue pure;
It is no harm to kill a beast with chamber lye, I'm sure.
But powder we are bound to have, and this they've sworn before;
And if the needful thing is scarce, they'll "press" it and "Wet more!"

This has been much circulated, although the Haralson reply isn’t usually included in the touched-up and anthologized versions. However, a post-Civil War reply, supposedly penned by a Boston widow, usually is appended:

Jno Haralson! Jno Haralson! We read in song and story
That women in all these years have sprinkled fields of glory;
But never was it told before that how, midst scenes of slaughter,
Your Southern beauties dried their tears and went to making water.

No wonder, Jno, your boys were brave; who would not be a fighter
If every time he shot his gun he used his sweetheart’s niter?
And, vice versa, what could make a Yankee soldier sadder
Than dodging bullets fired from a pretty woman's bladder?

They say there was a subtle smell that lingered in the powder;
And as the smoke and fire grew thick and din of battle louder,
That there was found in this compound a serious objection,
That soldiers could not sniff it in without a stiff erection.