Guest Blogger: S. J. Perelman. He became best known for the New Yorker pieces that persisted well into his and the century’s 70s, but virtuoso wordsmith Perelman also wrote a couple of Broadway shows – and a pair of Marx Brothers movies. His style was so unique that, according to the writer himself, “Before they made S. J. Perelman, they broke the mold.” 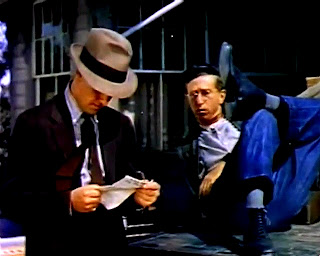 NOT LONG AGO a landscape architect down my way was retained by a lady who, to put it bluntly, had just fallen heir to a satchelful of the stuff. Instead of the same old flowers and trees, the fair client wanted a garden plan for her country house which would express her own unique personality: something arresting, terribly audacious, yet smart; in short, identifying her unmistakably as a lady who had just fallen heir to a satchelful. The architect smacked his lips in a refined way, like a fox in a henhouse, and went to work. Employing a dozen wooden horses gleaned from a defunct amusement park, and a profusion of the rarest vines, creepers, and bulbs known to man, he created a spectacular floral carrousel that dazzled the countryside. Farmers came from miles around to lean on their manure forks and gape at the horticultural gew-gaw, but Mrs. Krebs was clearly disappointed.

“You haven’t captured my mood at all,” she pouted. “Deep down, I’m really a mystic – haunting, inscrutable. Now this,” she went on, waving toward a mournful Chirico which had set her back eleven thousand clams, “this is really me.”

“You took the words right out of my mouth,” agreed the architect, “but I was just interpreting the little girl in you. The spiritual side is on the fire and should be ready any day now.”

A week later, wrenched from its native California by political influence plus considerable baksheesh, a gnarled Monterey cypress rolled into the county seat on a flatcar. It was unloaded and borne to the estate, where a gang of workmen sank it in a cement base and sprayed it dead white. One of New York’s most recherche decorators then looped smilax and Spanish moss from its writhing limbs, and on the first night of the full moon the result was unveiled to its owner. The effect was so electric that the architect now sends his fees to the bank in an armored car and has taken to wearing pencil-striped pants in the forenoon.

One might be inclined to shrug one’s pretty shoulders and dismiss such decadence as isolated were it not for a photograph in a recent issue of the American Home. It portrays a lifeless apple tree, hairy with vines and bird-baths, rearing up forlornly in a small patio under the caption “Seeing the artistic possibilities of this dead tree, Mrs. Clyde L. Hagerman, of Bloomfield Hills, Michigan, bought it, had it set in concrete in her outdoor living room, so she can drape it each summer in moon-flowers and gourd vines.” Here, then, is a trend, as significant as the first shifter pin or the original Eugenie hat. As the hysteria spreads, any number of provocative situations may arise, but one of them seems to fall naturally into the dramatic pattern. Places, please.

(Scene: A country road toward dusk. A station wagon rounds the bend, in its front seat Mr. and Mrs. Updegraff. The tonneau is heaped high with Chinese-lacquer taborets inlaid with mother-of-pearl, paintings on velvet, and other post-Victorian bagatelles with which Mrs. Updegraff plans to redecorate her home. She is busily examining two yellowed Welsbach mantles.)

Mrs. Updegraff (exultantly): They’re just like the ones Lilian Gassaway bought at the Parke-Bernet Galleries – she’ll be furious! I’ll have them dyed dark blue and use them for flower-holders.

Mr. Updegraff (listlessly): What are you going to do with that old sewing machine back there –  open a sweat shop?

Mrs. Updegraff: No, the feet’ll make a lovely coffee table. I saw the very piece of marble in that Portuguese cemetery we passed. Couldn’t we sneak out some dark night . . .

Mr. Updegraff (violently): Who the hell do you think we are –  Burke and Hare? Now, listen, look here, Juanita –

Mrs. Updegraff (in another world): I can just see Myrtle Greneker’s face, giving herself airs with that miserable little sycamore of hers.

Mr. Updegraff: But this thing’s dead!

Mrs. Updegraff: Of course it is, silly. Do you suppose I’d put a live hickory in our patio? Don’t be tacky.

(He moodily throws the car into reverse. The curtain is lowered for a few moments while the scenery is being shifted. Should the audience become restive, the interval can be filled by a ballet, “Six Who Pass While the Concrete Boils,” in which half a dozen stocky Bryn Mawr girls in gray jerseys stride convulsively from one end of the stage to the other tugging at a veil. This symbolizes the forces of water, sand, and Portland cement at first refusing to work harmoniously, then uniting for the common good. When the curtain rises again it discloses Reuben Hayseed, a farmer with chin whiskers and a linen duster, seated in a rocker tilted against his home, over which towers the dead hickory. One of Reuben’s two young sons has hoisted his brother up into the limbs in a fragile box of the sort used for packing eggs.)

Hayseed (thickly): Gad, it’s murder to send a mere boy up in a crate like that.

(His words are prophetic; a moment later the boy plummets out of the tree and breaks his neck. He is borne off stage with many lamentations by the six Bryn Mawr girls in a pageant entitled “Youth in the Hands of the Receivers.” Enter Mr. and Mrs. Updegraff.)

Mrs. Updegraff: That tree’s unsafe! It ought to be condemned!

Mrs. Updegraff: You watch, it’ll come crashing down through the roof some day.

Mrs. Updegraff (snorting): It’s just a lot of old firewood to me.

Hayseed: Really? I can’t quite agree. Sometimes, viewed by moonlight, its gaunt agony typifies the melancholy and futility of existence.

Hayseed: It may interest you to learn that I am one of the few farmers who ever graduated from the Sorbonne.

Mr. Updegraff: No kid? Why, I’m an old Sorbonne man myself! What’d you major in?

Hayseed: None of your god-damned business.

Mrs. Updegraff: Look here, young man, we may have a use for that old stump. How much do you want for it?

Hayseed: Hear that echo? Clear as a bell. (Proudly) No wonder they call this place Echo Valley Farm.

Hayseed: Not for an original. I’ve got a barnful of copies out there at ten dollars, if that’s what you want.

Mrs. Updegraff: No, I couldn’t bear anything near me that wasn’t authentic. I’m funny that way.

Hayseed: So am I. I’d just as soon take half the money to have my pieces go into a home where they’re appreciated.

Mr. Updegraff: Is that an offer?

Hayseed: No, simply a manner of speaking.

Mrs. Updegraff: Oh, Leslie, it is divine, isn’t it? After all, we could economize next month. Spaghetti’s cheap, but it’s filling.

Mr. Updegraff (a dead pigeon): Yes, dear. (To Hayseed) Do you mind taking a check? It isn’t certified.

Hayseed: Not at all. What bank?

Hayseed: Funny, I’m an old Corn Exchange man myself. How big’s your balance?

Mr. Updegraff: None of your god-damned business.

Hayseed (folding check): There. And now can I interest you folks in a plate of Mrs. Hayseed’s real country doughnuts, piping hot from the oven?

Mr. Updegraff (hastily): Er – no, thanks, we’ll just pick up some cheap copies along the road.

(As the Updegraffs exit, Hayseed resumes his seat in the rocker with a contented sigh and, taking up an old cobbler’s bench, begins to convert it into a lamp.)

Hi Byron - What a great article this is!! Love the word choices ... you just don't see language used this hmmm, gorgeously? compellingly? No, I can't think of the right way to describe it. Sadly, contemporary writing seems to have stripped me of valid expressive means (present company excluded, of course). Miss you still and always - Liz in AZ