Scene of the Crime

AS A SIX-YEAR-OLD FAN of the Hardy Boys books, I was becoming trained to spot the evidence of malfeasance all around me. Frank and Joe had the uncanny ability to give a crime scene the once over and discover the clues needed to solve whatever mystery was attached. I sought to wield a similar ability. 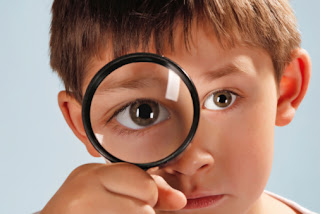 Life in suburban New Jersey in 1962 wasn’t blessed with much crime – at least such as would be meaningful to a kid my age. No money was reported missing from my home; none of the houses on South Maple Avenue reported any burglaries, and there certainly weren’t any corpses turning up.

In a word, life was dull. It didn’t hurt that Frank and Joe Hardy’s dad, Fenton, was a private detective whose work put him in regular contact with the underworld, and they were based somewhere on Long Island, which wasn’t too far from me.

In fact, two of my grandparents and a dizzy aunt not unlike the Hardy Boys’s own Aunt Gertrude lived on the westernmost part of the island and, although their urban Astoria neighborhood bore little resemblance to the sylvan paradise of the Hardy’s Bayport, it stood to reason that people in Astoria, or at the very least in my grandparents’s apartment building, would need crimes solved.

Trouble was, the only people I met there were my grandparents’s age, and their visits generally were conducted in eavesdrop-thwarting Norwegian. My attempts to engage my aunt in a lively discussion about crime invariably led to her producing Biblical tracts and insisting we pray.

So I was stuck with routing out criminals in my own neighborhood, an ambition that seemed frustratingly unlikely until my next-door neighbor, Kurt, suggested we walk into downtown Glen Rock for ice cream sodas.

Kurt was four years older than me. Although forbidden, even at his advanced age, to make such a journey, he promised that his parents never actually gave him any trouble when he was caught and that he easily could persuade mine to overlook the transgression. “I ain’t afraid of ‘em,” he boasted.

It was early on a bright, warm summer-vacation day that we set off on the trek, which took us a few blocks along South Maple to the intersection where the ice cream store stood. Along the way, Kurt was distracted by a small, seemingly empty building. It was a single-story structure, its paint distressed, its windows broken. We eased open a door and crept inside. The floor was covered with plaster rubble, shards of glass, and other debris. A few broken furniture skeletons also littered the floor.

“Abandoned!” hissed Kurt. “Somebody probably did something horrible here and took off!”  Up to then I’d been frightened. Now I was interested. “Let’s find some clues!” I said.

We sifted through the trash while speculating aloud what we might find. Bloodstained clothing. A discarded dagger. A note – in code! – detailing the villain’s plans.

We found nothing, but the experience of searching convinced us more than ever that a crime had been here committed. We walked a few doors past the ice cream parlor to the police station.

I’d never been in one before, and was surprised by the simplicity of the room we entered. It seemed like any waiting room except for the high counter behind which worked a man in uniform. “Whaddaya want?” he asked.

I wasn’t prepared for this. He seemed busy; this seemed real. The indefatigable Kurt told him, “We’re detectives. We’ve just been investigating a crime scene, and figured we’d better tell you about it.”

“We found clues,” I croaked.

“We didn’t bring ’em,” said Kurt, “but they’re there. You better send a man to investigate.” Kurt described the location of the building.

“We’ll get someone over there,” the desk sergeant said.

I had never felt more exhilarated. I was now a real detective, helping the local police investigate a terrible crime that had been unknown to them up until then! Kurt and I took seats at the soda-fountain’s counter and discussed our triumph over the well-earned treats.

Unfortunately, it had to be a private triumph. To tell my parents would be to reveal my transgression. And Kurt and I discovered, when we met the following day to wallow in any remaining satisfaction, that even the keenest sense of accomplishment is evanescent. In fact, the descent from such a high as we’d achieved can be traumatic. By afternoon, we shared a depressed silence, parting with unaccustomed gratitude when our dinners were called. I may well have been hoping for the meal to go awry. Thrills are addictive.

Next morning I knew what was required. So did Kurt. Surely we’d have heard something if an arrest had been made. We headed back to the deserted shack. This time we would find some clues and bust open the case.

I should warn you that this story has no pleasant ending, but the world of a six-year-old ranges far beyond the unimaginative realm into which grownups fetter themselves. Beginning with our putative friend and ally the desk sergeant.

We began to unpack a small box of treasures on the high counter. There was a broken bottle, enough old newspaper to pinpoint the date of the atrocity, a chair rung that may have been used as attack weapon, and much more, I’m sure, but we were halted by an unpleasant “What’s this?”

“We brought you some clues,” said Kurt. “From the crime scene we told you about.”

“Clues? Clues? Goddammit, we’ll get our own clues! Get that crap out of here.”

We felt humiliated. Betrayed. Angry. Yet the man’s reaction wasn’t a complete surprise. We knew that, down deep inside, he was a grownup, from a generation of grownups dedicated to the cause of not taking six-year-olds seriously.

Kurt dumped the hated clues back into the shack and we trudged home, forgetting to claim our ice cream sodas. And wouldn’t you know that Kurt’s mom was waiting in the yard for him, her face already blistering with the rage she’d indulge, as he told me when next we were allowed to play together, until he escaped into bed.

My own fate wasn’t nearly as bad because Kurt’s mother pissed off my mother by tattling on me, a behavior she ranked far lower than merely wandering away without permission. I got a token talking-to, but the experience put me off those damn Hardy Boys books for a good, long time.
Posted by B. A. Nilsson at 10:33 PM