I’M DELIGHTED TO LEARN that President Obama has announced an initiative to map the human brain, a program that already has gained an acronym by getting monikered as Brain Research through Advancing Innovative Neurotechnologies. For me, the most compelling aspect is the project’s goal of how sections of the brain interact with one another in real time (as opposed to what?), suggesting a system of tappets and cams continuously awhirl. 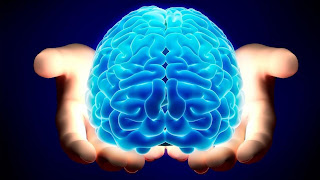 An image that comes from my own experience of dealing with the organ that throbs within my own skull. I’ve been packing it with information for many decades, and it rewards me by reminding me what’s in there. But it has lousy senses of timing and discretion.

Song lyrics, for example. As I entered my double-digit years, I discovered the operettas of Gilbert and Sullivan. A three-record set culled from Malcolm Sargent’s series for the Angel label devoted a disc apiece to highlights from “H.M.S. Pinafore” and “Pirates of Penzance,” and packed the third with patter songs. Which meant that before long I was emitting uprovoked, unaccompanied renditions of “I Am the Very Model of a Modern Major General” (which I’ve also parodied, as here and here) and adding words like “mamelon” and “ravelin” to my lexicon, where they remain, profoundly useless.

Popular standards followed, but they were the old standards by Cole Porter, Irving Berlin, Rodgers and Hart. I loved the felicitousness of the lyrics, which I pounded into my head while coursing through my teens and which remain, fully remembered, long after the more recently learned stuff has trickled away.

And that’s what would get me in trouble if I lived in a world where others also know those songs. The lyrics betray me. I meet an attractive woman in the course of some innocent activity and we seem to enjoy the company of one another. I am the soul of well-married restraint. I am considerably older than the charmer I face. But as conversation flags, I begin to hum. I’m suddenly aware that it’s Fats Waller’s “Let’s Misbehave,” betraying my suppressed desire. I stop, confident that she hasn’t noticed. I catch myself humming again. This time it’s Bing Crosby’s “My Suppressed Desire.”

My wife has started to notice this, but remains inhumanly indulgent. As I sit brooding after an unresolved argument, the humming begins. She recognizes it as “I Wish I Were in Love Again,” and we take another stab at reconciliation. Had I the presence of mind at such a moment to force myself to switch to “Let’s Misbehave,” we’d probably have a more satisfactory outcome.

Then there’s the business of trying to shut my brain off for the night. I have yet to find the toggle. During the short trip my head takes from sitting up in bed while arranging the covers to settling itself into the pillow, a kind of Grand Central Terminal track system of concurrent thoughts, tunes, and images reveals itself, causing a mental discord so plangent that sleep is impossible.

Fragments of symphony and song play against one another in an Ivesian chaos. The day’s conversations are re-run. A calendar of the week again illuminates like a heads-up display. A parade of regrets – some well past any reasonable statute of limitations – marches by. My body is exhausted; my brain blazes into a fresh surge of activity. My mood is dark. I recognize one of the tunes as “I’ll Be Glad When You’re Dead, You Rascal You.” Or is that coming from my wife’s side of the bed?

All of which is to explain why I’m offering my brain to the BRAIN initiative. I believe you’ll gain valuable insights from its tappets and cams. You’re welcome to examine it on its own, of course, if you have some way of borrowing and returning it leaving it fairly intact. Frankly, I could use a break from it right now.
Posted by B. A. Nilsson at 9:50 AM