From the Classroom Dept.: Several years ago I was invited into an area high school as an artist-in-residence, charged with preparing a group of seniors to see Shakespeare & Co.’s traveling production of “Hamlet.” I wrote the essay below to help inspire them when it came time to write the required post-performance essay. It was a lost cause. Granted, I may not be the most riveting instructor, but even as I entered the classroom miasma of hostility hung in the air. And the resultant essays only confirmed the appalling state of semi-literacy of diploma-clutchers today.

A CREATIVE PRESENTATION, whether it be of drama, music, dance, art, film, or that never-never land termed “performance art,” offers the interpretation – rendered by one or many artists – of the human condition and environment. We of the audience hope to be moved in some manner: delighted, perhaps, by a knockabout comedy; enraged into action by an agit-prop drama; saddened yet energized by a Sibelius symphony. 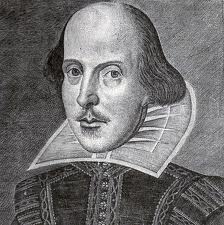 We react; we bring home a memory of that reaction. We share our thoughts with friends. We’re all critics. Putting those thoughts to paper, however, allows you to become part of the artistic team. Performers perform and creators create for an audience, and the critic becomes the for-the-record voice of that audience. Although it’s often dismissed as the bastard runt of the creative arts, criticism invites us to take a creative spin around the presentation, offering encouragement, constructive commentary, and informed opinion.

As you contemplate your essay about the production of Hamlet you’re about to see, consider the following:

Establish contexts. There are several poossibilities, which invites the indulgence of a bulleted list.
Be assertive. There’s no need to add conditionals like “I think,” or “in my opinion”; that part of it is (or should be) assumed. Such conditionals weaken the power of your prose. It’s one thing to thus excuse yourself in face-to-face conversation; when you’re writing criticism, you can assume that the reader wishes to read it. To sound bashful or apologetic undermines your credibility.

Jump right in. In journalism terms, your review’s opening is your “lede,” pronounced with a long e, and written in an upbeat enough style to prevent any hint of the short-e meaning creeping in. Your lede probably will be snappier if you focus on a particular item; the big-picture stuff can come in later. For example:


Everybody knows that finding a date can be difficult and even dangerous at times. In the new movie “Cupid Dot Com,” Colin Farrell is looking for a date on an Internet site, and he finds a woman who looks really gorgeous. It turns out that she’s running a dangerous business that preys on people like him.


Your Internet date is as gorgeous as her picture suggested. She meets you in a dark, romantic lounge, quickly confesses her passion for you, then poisons you. You awaken straitjacketed in a padded cell. That’s the only garment you’re wearing. And that’s only the first five minutes of “Cupid Dot Com,” the new Colin Farrell thriller.

Some writers seem able to pluck a lede, as it were, out of thin air, starting right in with it; others ease into the essay and then find that a lede presents itself partway through. The great journalists working in the pre-computer era did it under time pressure, with little or no rewriting. You have the luxury of easy-to-accomplish cutting and pasting.

Check your facts. This can’t be overstressed. It’s amazing how many stupid assertions wriggle into print. Newspaper and magazine stories at least go by an editor’s eyes, even when there’s no staff of fact-checkers, but you, the writer, are supposed to be the expert on your topic, so it’s on your shoulders that the ultimate responsibility for correctness sits. Was it really Toscanini who premiered that symphony? Did Stokowski possibly sneak in the premiere a week before? At the very least, check your spelling. I just finished reading an excellent book on the history of vaudeville, and was impressed with the author’s grasp of both grammar and history until, late in the volume, I encountered the solecism “is comprised of” not far from the incorrectly spelled “Van Kliburn” (should be “Cliburn,” a famous pianist).

Cut about 30 percent out of your first draft. It’s awful to think, when you have a page or word count to satisfy, that about a third of what you’ve written is probably unnecessary, but a careful re-reading should alert you to where your prose is flagging. What will clog your pages most are the pathways you weave en route to the heart of a paragraph. A good paragraph is structured with a premise or two and a conclusion, so check each one of them to make sure you’re getting to the point quickly. And excise any adjectives and adverbs that aren’t really pulling their weight. (Check out this wonderful short story by Jack Finney which nicely illustrates that point.)

Enjoy yourself. Criticism is a process of discovery. To put it another way, it’s a solution to a mystery, and should seem revelatory. You’re offering insights and connections that others in the audience may have missed, and this process of discovery and interpretation should be exciting. True, it can get a little tiresome when you’re working to deadline, but then the adrenaline kicks in and your brain starts free associating among connections you might have overlooked if you were wide awake. That’s why we do this. Although the occasional paycheck doesn’t hurt.