Have a Critical New Year

From the Vault Dept.: I started the new year, back when the year was 1996, with a list of sardonic resolutions that I, then in the midst of my restaurant-reviewing career, would heed. Did I? I doubt it.

THE CALLER WAS EMPHATIC. “You’re too nice,” she said. “Some of those places you write about are so awful they should just be out of business.” 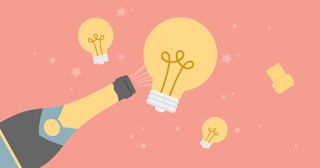 It’s not my job, I explained, to drive them under. I’m supposed to offer a considered opinion, based on my experience both as a frequent customer and a former waiter and cook. Like anyone who enjoys eating, I have my preferences and peccadillos, and you may well groan at the thought of them if you’ve read this column often enough. Possibly you don’t care if there’s glass on the tabletop. But to sit at that restaurant table silently sharpening my journalistic knife defeats the purpose of dining out. It’s supposed to be fun and relaxing, and I try to have a good time in spite of the serious efforts many places make to defeat that purpose.

Not that I’m unsympathetic to your pain. You go someplace everyone’s been raving about, you order a meal that’s going to set you back a bundle and everything seems to go wrong. Nobody takes your order for a stomach-churning eternity. When it does get taken, the server gets it wrong. The food takes forever to come out of the kitchen. Even then it’s not right. The server is arrogant about it, or just too stupid to be believed. It appears that management fled early in the night. And as you sign your credit card receipt, you grit your teeth and think, “I hope somebody reviews this place and really gives it hell.”

Having worked behind the scenes, I’ve seen things go wrong. Sometimes it was my mistake, but more often it was a weird combination of circumstances that hits all restaurants at some point (usually on a Saturday night) and causes lots of trouble. Usually to the same table. Which is not to say that the victims don’t deserve compensation: comping a meal is the least a place can do. But that’s no reason to put a place out of business.

Those that deserve to fail will do so without my intervention. Those that don’t may benefit from my advice. But that caller still set me to thinking about my reviewing ways, and I’ve come up with a start-of-the-year list of resolutions I’ll share with you here. I can’t promise total adherence, but what’s a resolution without a challenge?

1. I won’t base my total impression of a restaurant on the menu’s spelling errors. True, the problem is worse than it ever has been, and these orthographic boners must be committed in a state of blissful unawareness. Nobody took me up on my offer of free fax-back proofreading, so I feel justified to take more swipes at the bad spellers. Which will make me feel all the more noble when I don’t.

2. Similarly, I won’t make so much fun of the lookalike franchises opening everywhere. Look around the back of the bloated Crossgates Mall and you see the Hooters-Ruby Tuesday’s-Bugaboo Creek stretch of planned dining, where everything has been market researched to a fare-thee-well. As the aging baby boomers march towards senility, these places prepare us for the retirement communities somebody had better start building for us soon.

3. All right, I’ll eat less. I know, it’s the number one resolution on everybody’s list, but, dammit, I’m more susceptible than anyone. I have to face the menu at least once a week, and (I’m betraying no trade secret here, I hope) I get reimbursed for it! Besides, our new publisher has been heard grumbling about “the amount of food one human can eat” when he’s signing those reimbursement checks.

4. I know my wife wouldn’t mind if I didn’t pick on her so much. Although maybe this is the moment to say, for one and all to hear, “Look, hon, you take this too seriously. I mean, I’m sorry, sure, but . . . ” Oh, never mind. They’re still going to tease her at work.

5. Maybe it’s time to take sports bars seriously. I know, I complain heartily about theme dining, reasoning that my relationship with a seafood dinner isn’t enhanced by a server wearing eyepatch and scabbard. But I’ve misunderstood sports bars, thinking that your meal of bad bar food is rendered less digestible by the tableside TV sets. When in fact these places shouldn’t be considered restaurants at all – they’re virtual stadiums that serve expensive snacks, which may be all the nourishment some of the tableside fans ever get.

6. I must pay more attention to meatless eating. Vegetarian meals deserve all the attention they can get, and they’re a great way to feel better and to lose a little weight. And maybe I won’t have to eat all that less.

7. Still, it wouldn’t hurt to eat less. I mean, all I’m there to do is taste, not shovel. Wasn’t it considered good form somewhere, long ago, to leave a little of each course on your plate? Mind you, I used to get yelled at when I did that home, so there’s probably some psychological trauma here, so it’s not really my fault if I have to clear my plate

8. Maybe I should be a little meaner. Not mean, really, just not quite so kind. I suppose that means mean, but I’m trying to draw a distinction between mean-spiritedness and brutal honesty. Not that I want to be brutal, of course. Maybe I’ll just stop answering the phone.

9. Lean and mean. That’s it. I’ll eat less, which will make me grumpy, and I won’t be able to help being a little meaner.