ONE GOOD-SIZED SEATING of a weekday evening is a good accomplishment. At Perrino’s on a recent Wednesday the house was almost full at 6 when my party arrived; it began to fill again as we were leaving ninety minutes later. 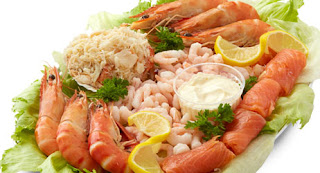 The business has been operating at a hard-to-spot Rosa Road location for 14 years, and it probably will be Gilda Perrino who greets you when you come in.

With that kind of repeat business, it’s no surprise that the atmosphere is that of a private club, and a newcomer like myself can feel a little neglected.

But the club is not exclusive. By the end of the meal we, too, were a part.

That’s probably the secret, that and some tasty food.

When you look for Perrino’s, you’re looking for a house on a suburban street with a small parking lot in front and brighter lights than a residence would have.

Inside is a bar with bar-service tables, a banquet room off to one side, and, past a salad bar and through an archway, the dining room. Old, dark paneling on the walls, lots of tables in one large area (this predates the vogue of railings and tiers in the dining room).

The menu has anachronistic prices and some unusual ideas about selling an item. For instance, the appetizers include escargot or clams, baked in mushroom caps, a nice presentation. But they’re listed as “stuffed mushroom caps,” the feature in very small type beneath that listing.

I ordered the escargot and got a plate brimming with garlic butter, a little thickened by the bread crumbs used as a garnish. Which is very nice: it’s getting harder and harder to get at the butter that is put on restaurant tables, either straight-jacketed in foil or glued into little plastic tubs, so this kind of snail service gives you the goods to swipe your bread through.

Susan’s oxtail soup was as beefy as the broth should be, with hand cut carrots and celery bobbing in the mixture.

Entrees are divided into three menu pages of meat, seafood and Italian specialties, with the usual and the slightly different mixing nicely on each page. For our main courses, though, we went to the blackboard.

The $12 baked seafood platter that Susan tucked into is a mountain of shrimp, crab, lobster, and whitefish, with a serving of scallops cooked as Coquille St. Jacques. Such a dish risks being a mishmash of all-the-same tasting stuff, but on this nicely-presented plate the personalities remain distinct.

Care also was shown in the side dishes: this is one of the few times I’ve seen an order of broccoli that wasn’t overcooked.

My veal chops could have used a more fiery saute: they put up a little more resistance than I would expect from a good cut of meat. They were finished in a rich brown sauce with hot peppers, but the peppers came right off the salad bar, and the vinegar they’re packed in seemed out of place on this dish. Better to start with something fresh and have more control over the ingredients.

A side of spaghetti turned out to be a perfectly-cooked serving of angel hair with an oregano-scented tomato sauce.

Impatient diners will be happy to see the salad bar, to which you’re invited once your order is placed.

But it’s easy to fill up there. Don’t. There is a knockout selection of homemade desserts. I had the chocolate cream pie, a far cry from the Crisco-laden lump you find too often; Susan’s lemon meringue, was melt-in-the-mouth frothy.

And then they kicked the big cappuccino machine into gear for our post-prandial coffees.