From the Slush Pile Dept.: Here’s a piece I wrote for a post-2002 election issue of Metroland, but for a reason that now escapes me, it never ran. Twelve years later ... not much has changed, has it? Think about it when you head out to vote in a few weeks.

WHAT IF THE RIGHT’S RIGHT? Suppose the Republicans really are on to something, and we’ve been deluding ourselves into thinking these causes we espouse are anything but time- and money-wasters? I had this dream a couple of Tuesdays ago wherein I was visited by Kevin McCarthy. Garbed in his 1950s “Invasion of the Body Snatchers” suit, he insisted that they were all around us, indistinguishable except for a certain heartlessness. 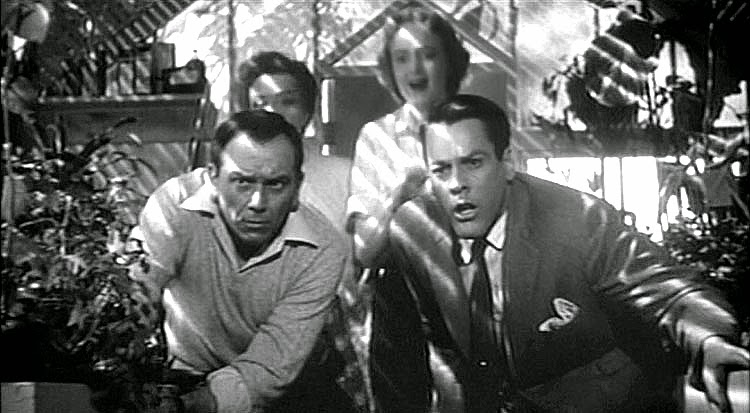 By Wednesday morning, they had become us – or so it seemed according to every news source. I felt oppressed and adrift until I tuned my radio to the usually nauseous Rush Limbaugh. His gloating sounded repulsive, but I forced myself to surrender to the joy of his celebration. It required only that I abandon the more complicated thought system of our “new mammalian” brain, the large neocortex, and indulge instead the Manichean emotionalism of the limbic brain below, the “old mammalian” layer.

Suddenly I was enjoying a needed vacation from stress and worry. Without the neo-cortex, the world becomes cut and dried. Villains are easily identified and hated – and every unpleasant situation has a villain behind it. Success is measured only by a financial yardstick. Decisions are made by experts, who are richly rewarded. Not only was this an easy system to believe in – it’s what I grew up with!

Twelve years of compulsory, state-sponsored schooling instilled these values, just as it was designed to do. After all, the public school system is the legacy of wealthy industrialists, with lots of Carnegie and Ford and Rockefeller money to start it and keep it going, because how else could you turn out a proletariat who’d aspire to nothing greater than assembly-line work? The Prussians knew this. They invented the school system we use because they kept losing wars and needed more cannon fodder.

Next thing I knew, George W. Bush was holding forth about Iraq. Prior to my conversion, I regarded him as a dangerous fool eager to drag us into way to avenge Poppy even while gaining more oilfield control, and I knew the world was too smart to let him indulge this insanity. Now I understood that, while he was still a dangerous fool eager to etc., he might very well succeed – and I felt nervous.

How to feel safe? Military strength. Not only would I be sure to pay more than my share of taxes, which is what I’ve been doing all along, but I’d add a few bucks for the Pentagon with an atta-boy note attached.

This was becoming easy. Giving rich people a steady stream of my money ensured that they’d take care of me. They’d make decisions for me. They’d help me find the two or three jobs necessary to support a family. It’s all about comfort. Comfort for that limbic brain.

All I have to give up to remain one of them is a lot of struggle. In my liberal thinking, I tried to share responsibility for the problems that beset my community, my country, my world. Now I understand a simpler answer: It’s somebody else’s fault. Someone my right-thinking keepers can ostracize or starve to death or nuke off the face of the earth. Don’t you like the finality of these solutions?

That dream-image of McCarthy appeared again. At first he was running down the freeway shouting, “They’re here! They’re here!” Then he turned and I saw it was a different McCarthy, old Tail-Gunner Joe, and he was pointing at me.

I’m back. There’s no easy way out of this. I’m going to have to get out in my community, meet my neighbors and talk about voting. You are, too.