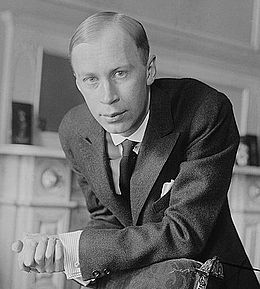 . . . . In the evening I yielded to the entreaties of the landlady and some of the ladies in our pension, and improvised on various themes they picked out. I played them all kinds of nonsense, but they were full of admiration. I do not like improvising, and do it only rarely, perhaps once a year.

The process of composing at the piano has nothing in common with improvising: composition consists of intensive, urgent searching, in the course of which the composer divides himself into two people: the creator and the critic. The first rapidly clothes his thoughts, one after the other, in snatches of music; among this throng there will be a number of purely automatic reflexes, but buried deep in them will be ideas of true originality. It is like sifting through gold-bearing sand and occasionally coming across a nugget of something valuable.

The composer-critic instantly evaluates the mass of musical fragments the creator has produced, and unceasingly rejects, rejects and rejects until the moment he detects a hint of something original, fresh and beautiful. Then he fastens on to it like a hook and stays with it, while the composer-creator immediately sets to work to develop the embryo, to enlarge it in all possible directions. The composer-critic criticizes what his alter ego is doing, continuing to reject the attempts to develop the material. If a nugget is detected in the sand he quarries away hoping to find an ingot, but all too often the result is that the nugget crumbles away leaving nothing but more sand.

The scrap of idea that started it all off turns out to be worthless. But if, on the other hand, it can be crystallized into an original idea meriting some attention, whether it be a theme or a harmonic idea or simply an interesting musical turn of phrase, then the objective has been achieved and the gold bar has been found. It may consist of just a few notes, a sequence of two chords, or even a long idea lasting several bars. Now it can be written down, perhaps to be put aside for a day, or even a month. The precious ingot has been found and carefully salted away; now it is time to look for others, and when several have been unearthed the task of linking them together to make a chain can be undertaken.

This is all down to the power of the imagination, to which the material in question is submitted and by which, depending on its value or otherwise, it is more or less successfully exploited. But as for improvisation, this is more a question of a sequence of ideas which must be made to follow one from another, the most important thing being that no interruption to the flow may be allowed. The composer-critic may not call a halt to a thought he does not like and insist on another, because this will constitute, however briefly, a break in the chain.

The composer’s critical voice is stilled in the face of the imperative to keep going, the imagination is forced to work on the first idea that comes along, and the improvisor himself cannot avoid feeling that he is composing less good music than he is capable of. This is like panning sand which to the uninitiated eye seems to sparkle in the sunlight, but which hardly ever contains true gold. I can state that it never happened to me that I discovered any useful material for my composition by means of improvising.