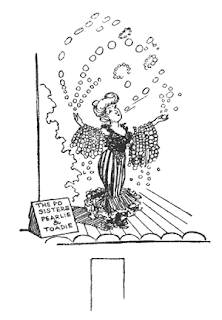 "How Rudeness and Kindness Were Justly Rewarded" is reprinted from Grimm Tales Made Gay. Boston: Houghton Mifflin, 1902.