MY HOUSE, which was roomy as can be back in February, has dwindled to something the size of a city apartment. It’s an old farmhouse with four bedrooms upstairs, a couple of large rooms downstairs that function as living room or dining room depending on the time of year and where we place the tables, a decent-sized kitchen, an office, a storage room, and a bathroom and a half. There’s an attic that accommodates storage of tax papers, trunks, outgrown toys, and those suits I swear I’ll fit into again. And a basement where the washer and dryer share space with a workbench and tools, furnace and water heater, and root cellar space. 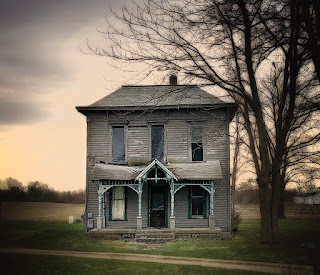 My days here have been spent largely alone. I work in the office, and my daily commute consists of trips to and from the kitchen to relieve the tedium of pretending to work. This is a schedule where getting the mail becomes a high point of the day.

Since early March, however, my wife has been working from home, a process that the nature of her work easily accommodates. Since mid-March, my adult daughter has been here, too. She fled Manhattan, wisely reasoning that she was safer in our rural upstate village than on the Upper West Side. So we’re all here, all day, every day, trying to develop routines in which we won’t get in each other’s way and won’t get on each other’s nerves. The latter is the more difficult.

Actually, the former has its challenges. Especially as we’re also sharing space with two cats and a dog, who, like me, are a little startled to be seeing much human company around. The cats are attention-mongers, and they demand said attention by leaping into your lap explaining, with movements of paw and chin, where the scratching is presently required. Despite the fact that they’ve lived together for years, they treat one another like old suspicious spouses, staying clear of one another except by the food bowl, where a truce prevails.

In moments of desperation they will share a lap. Never mine, however; it’s my wife’s lap that inspires them to share the space. Which I can understand. I’d just as soon be there myself.

The dog, on the other hand, likes to sprawl at her feet. My wife’s office space is in one of the downstairs room that’s sometimes a dining room, and right now contains two dining-room tables. Her computer lives on one of them. As I push my way through the morning cobwebs and stumble downstairs, she’s been at work for a couple of hours already. The dog is on the floor beside. The dog’s head is near Susan’s chair. The rest of the mutt is stretched across the floor towards the other table, effectively blocking my path to my office. So every workday morning begins with my expletive-laden command to the dog to move itself. I have promised to be more aware of when Susan is holding a Zoom meeting: her delicate workmates are not amused by my vocabulary.

My daughter, meanwhile, has sprawled her way into the hall outside her bedroom and down the front stairs. We have two sets of stairs in this house, and rarely use the one that runs towards the front of the house because we almost never use the doors that sit beyond. There’s a side door that leads directly into Susan’s Office Room, and that has become the principal egress. Or ingress, I suppose. The back stairs, although smaller and with an annoying 90-degree turn in the middle, deposit you near the kitchen, which is where most people descending from upstairs wish to visit first.

As a late riser, I enjoyed having the kitchen to myself while preparing what constituted breakfast for me, lunch for civilized others. But my daughter has placed herself on my schedule, so we’re now colliding there. And, now that she’s embraced veganism, her dietary requirements are drastically different from mine and have clogged the refrigerator with vials and jars and packets and tins of unrecognizable substances that seem to ooze precipitously from wherever they’re contained.

The downstairs bathroom contains a toilet and nothing more. It was an afterthought, created by partitioning off part of what’s now the storage room, but used to be the entrance parlor of the front (disused) hallway. The upstairs bathroom has such hygienic amenities as shower and sink, and it also serves as the passageway between the front and rear of the house, unless you’re brave enough to go through the master bedroom. So there has evolved a system of leaving the bathroom doors open or knocking carefully should one door be closed, and that door seems to be most aggressively closed when I’ve just awoken and my bladder is in a critical state of fullness. I’m thinking of getting a chamber pot. It would fit in with the age of the house. And the age of this particular owner.

Where we seem to cohabit nicely is in the area of dinner. Although I was chief cook when Susan was commuting, now everyone wants to have a hand in preparing one meal or another. We’ve all cooked professionally at one time or another; it’s not a daunting process. I try to be as accommodating as it’s possible to be in welcoming vegan experiments from my daughter and strange preparations of garden-grown kale from my wife. I’m still able to slip in a round of burgers here or a pork roast there.

What we miss, especially at suppertime, is having some neighbors in. We used to catch up on local gossip that way while trying out recipes and sharing the bounty of the too-expansive meals we tend to cook. Now we huddle, this family of three, the dog at our feet, the cats swirling nearby, and dine in comparative isolation, dreading the inevitable day when the disease intrudes into our rural village.