Making a List, Checking It Twice Dept.: I prefer cookbooks that give me more than mere recipes, and the ones on this list are particularly noteworthy titles that were issued this year. And I’ll be recommending even more in the days to come.

OUR GOD, WHO ART IN THE LIVING ROOM, flat-screen be Thy name. We flock to wrest possession of them when the shopping fever hits, then structure our time and sensibility around What the TV Tells Us. Which is why the cookbook market has gone to shit, driven by televised nonsense that seeks to turn cooking into a major-league sport and has created a celebrity cult that has more to do with screen presence than talent. 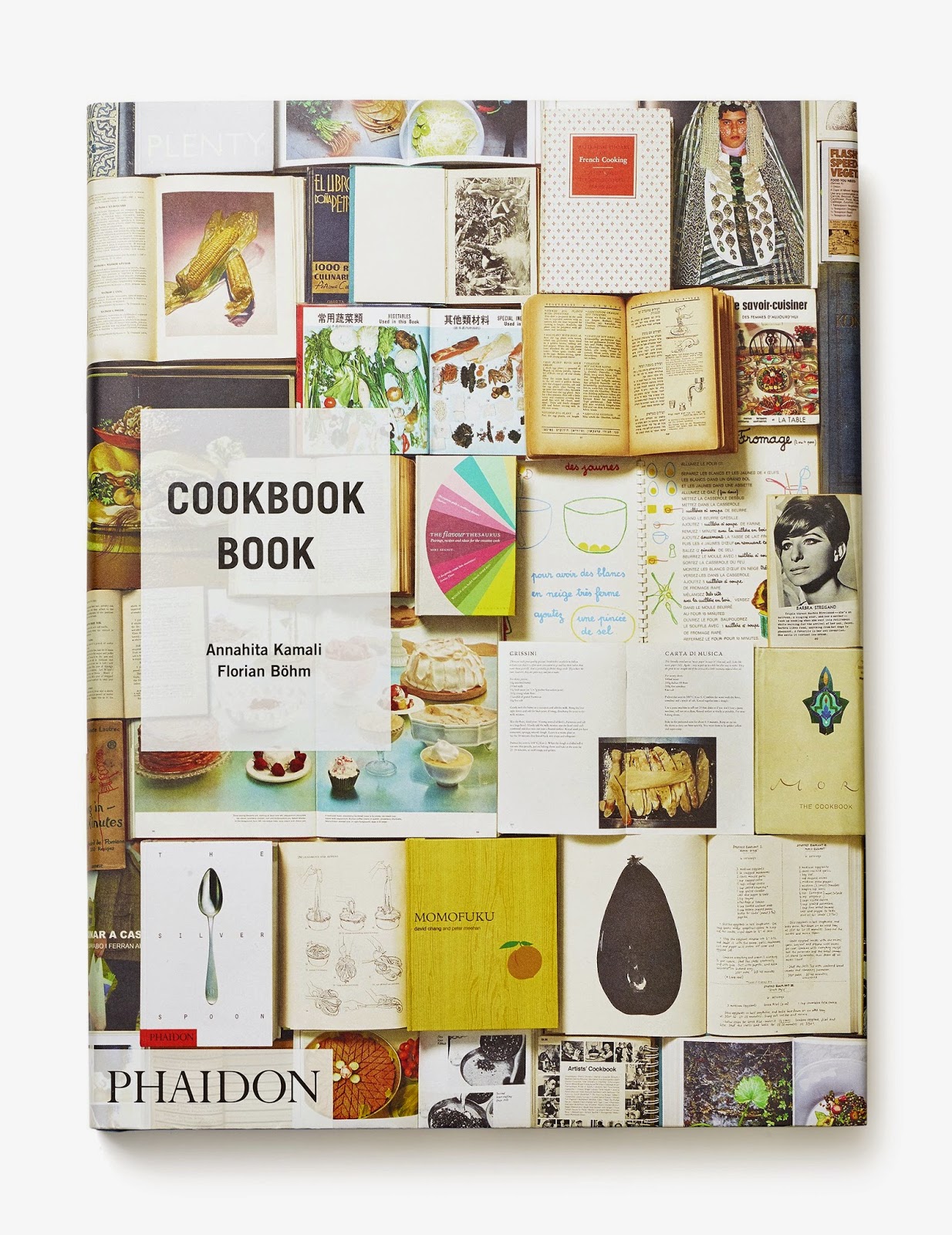 I suppose my task here thus is made a little easier. Dismissing the celeb-engendered texts, there are fewer books to wade through, but the best of them remain impressive. Here are my suggestions.

What makes a meal special? You’re going to have to wade through a mind-numbingly academic tome to find out, but if you meet The Perfect Meal (Wiley Blackwell) halfway, many rewarding nuggets await. Did the fork lead to the overbite? Why are plates used to frame our food? What’s the role of sensory incongruity in a meal? Authors Charles Spence and Betina Piqueras-Fiszman seem to hAave ingested everything ever written about the experience of dining, and distilled it into one dense volume. It’s fascinating and rewarding—just take small bites and chew slowly.

You won’t be surprised to hear that there has been a deluge of paleo diet books this year, many of them excruciatingly specific (e.g. The Paleo Slow Cooker Cookbook, Paleo Bread and Beyond, Make-Ahead Paleo, Paleo Smoothies, and my favorite title, OMG: That’s Paleo?), but I have a paleo-curious teen in the house, and we picked Mediterranean Paleo Cooking (Victory Belt Publishing) as the most useful of the many titles. Written by the husband-and-wife team of Caitlin Weeks and Nabil Boumrar, with photos and other design elements by Diane Sanfilippo, it offers an easygoing, unpreachy intro to the paleo concept, then applies it to 150 recipes grounded in already-healthy (and flavorful) cooking traditions from around the titular sea. The chicken liver pâté is flavored with cumin and cilantro; the pizza recipes include pesto and puttanesca sauces, with good (i.e., grass-fed animal-sourced) cheese; and the lamb and vegetable tagine already is becoming a dinner staple for us.

I was saddened to see that Mark Bittman, whom I regard as a food person with integrity, came out with a book titled How to Cook Everything Fast (Houghton Mifflin Harcourt), no doubt trying to ride his own coattails in his “How to Cook . . . ” series while pandering to the idiots who think a half-hour is sufficient for any meal prep. It turns out that Bittman has done no such thing, and in fact is guiding you into the techniques of the professional cook by laying out the most efficient ways of prepping and what tasks can be overlapped. That it boasts some 2,000 recipes, many of them adaptable to different ingredients, makes the book a winner.

When Cal Peternell’s son went off to college, Cal—who spent 20 years as chef at Chez Panisse—realized that the gaps in his son’s kitchen repertory could best be filled through Twelve Recipes (William Morrow), chosen to underscore the fundamental techniques that inform most cookery. The section on eggs, for example, takes us through not only the protean nature of hen fruit but also instructions on poaching and boiling and frying that will prove always useful—and I’ve learned to keep my frittata out of the oven. The chapter on beans is also a chapter on soup; pasta merits two chapters (with tomato and without). There’s a self-consciously artsy feel to the book, but it’s from Berkeley and doesn’t know any better. 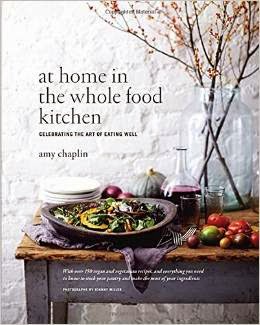 Amy Chaplin grew up in an octagonal house in New South Wales, a child of vegetarians who ended up as executive chef at one of Manhattan’s Angelika Kitchen before going solo. At Home in the Whole Food Kitchen (Roost Books) is a sensible, well-presented excursion through recipes that feature fresh, nutritious ingredients, with all the hows and whys of each carefully explained. The first 45 pages are devoted to those ingredients; the rest of it follows along organically, with beautiful photos by Johnny Miller. The tempeh-portobello burger already has won me over.

Of course there’s a book devoted to mushrooms. The variety and versatility of the fungi are phenomenal, so Becky Selengut’s Shroom (Andrews McMeel) offers a much-needed guide to using what’s easily found in the markets and seeking what’s also out there. Fear not: a chapter titled “Why Eating Random Wild Shrooms Is a Really, Really Bad Idea” should discourage you from irresponsible foraging. Fifteen other chapters take us from the familiar types into the likes of truffle and matsutake. The fact sheet for each type is worth the price of the book; the recipes that follow are the icing.

Thailand: the Cookbook (Phaidon), by Jean-Pierre Gabriel, is unlike any Thai cookbook I’ve seen before in that it doesn’t moderate the recipes for non-native use. Gabriel traveled the country for three years, collecting recipes, developing a regional perspective with which to contextualize the recipes, and taking the beautiful photographs that give a keen sense of the country. This isn’t a book about pad Thai. It’s about spicy taro stem curry, stir-fried fiddlehead ferns and dried squid and roasted duck curry with lychee. 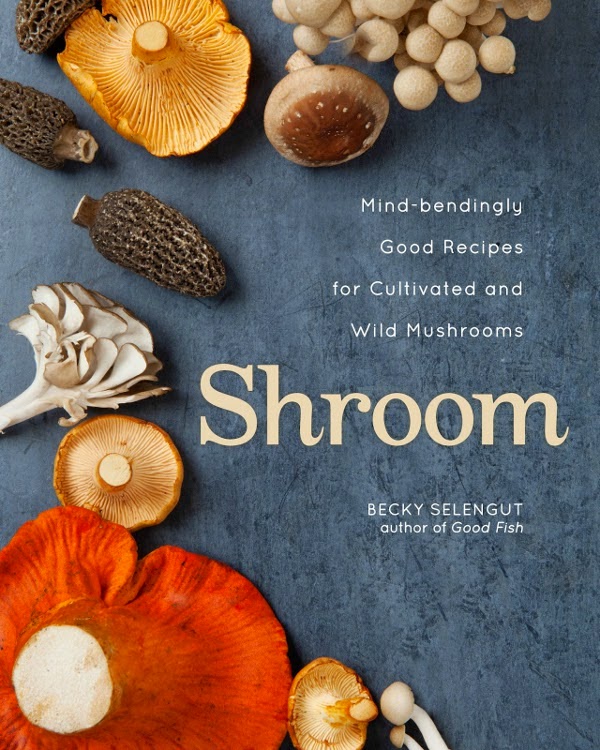 There are many reasons to avoid refined white flour—but I hadn’t thought about it merely in terms of flavor until reading Flavor Flours (Artisan) by Alice Medrich. A friend with celiac disease introduced me to the volume by way of some of the recipes she’d prepared, and now I’m adding chestnut and rice and buckwheat flour to my pantry so I can make a lemon rice chiffon cake, buckwheat gingerbread and a chocolate chestnut soufflé cake. And that’s not even getting into the flours of oat, teff, sorghum, corn and coconut.

But if you want to do your baking like a French professional, Patisserie (Jacqui Small) by William and Suzue Curley will become your bible. Never have I seen the techniques laid out so clearly, even when, like the puff pastry recipe, they’re intimidatingly complicated. How thick should you mix your pâté à choux? You’ll see it in the photo. Dare you attempt a gâteau mille-feuille? This book will inspire you to do so.

The number of gastroporn books seems to have eased, but Dabbous: The Cookbook (Bloomsbury) by Ollie Dabbous makes up for any paucity. Maddening recipes, very molecular; utterly gorgeous plating and photos, and that same taste extends to the design and layout of the book itself. I have no doubt that Ollie Dabbous is a genius at what he does, but avocado, pistachio and lemon balm in a chilled osmanthus infusion is a bit precious. I give credit, however, for starting the book/meal off with a simple dish of olives.

WineWise (Houghton Mifflin Harcourt) by Steven Kolpan, Brian H. Smith and Michael A. Weiss is a revision of a 2009 Beard Award winner, and it takes you around the world and into the fields and cellars to learn about the geography, the grapes, the techniques and the labels. It’s a one-volume, easy-to-swallow master class.

Finally, my favorite book of the year. Cookbook Book (Phaidon) by Annahita Kamali and Florian Böhm is a journey through the pages of 125 classic cookbooks, antique and modern, reproducing a page or two from each in celebration of the art of the cookbook itself. Pages from Mrs. Beeton’s Household Management (1888), The Graham Kerr Cookbook (1969), The Alice B. Toklas Cookbook (1961), The Mafia Cookbook (1970) and even Jamie’s 30-Minute Meals (2010) show the evolution of the cookbook page, and alongside books by the likes of Julia Child and Jacques Pepin are volumes from artists like Milton Glaser, Andy Warhol and even Salvador Dali. It’s a book to enjoy when you don’t feel like cooking.