THE OPENING STRAINS of the opening song – “Weeping, Sad, and Lonely” – are so ethereal, so gorgeous, that when we reach the lyric –


Oft in dreams I see thee lying
On the battle plain,
Lonely, wounded, even dying,
Calling, but in vain.

– it comes as a start. Of course it’s a song about the horror of the ongoing war, but there are moments when the lovely intimacy of this performance suggests that it might merely be one couple sundered, not an entire country. 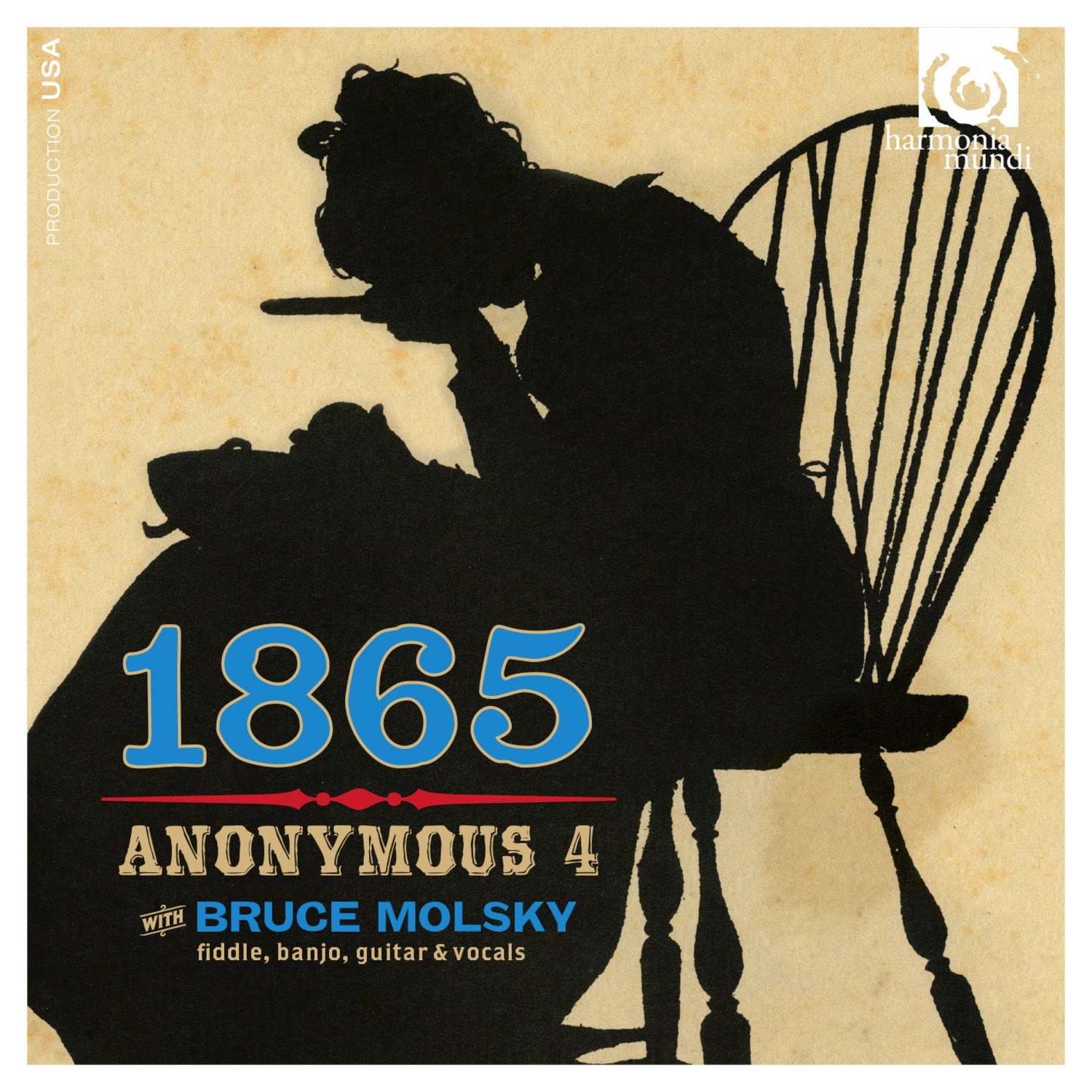 Anonymous 4 won a deservedly stellar reputation from their performances and recordings of medieval music, and achieved similar acclaim for their first two forays into American music: “American Angels” and “Gloryland.” The latest, “1865,” concentrates on a handful of the many songs associated with or inspired by the Civil War.

That war inspired enough music to shift our national musical identity away from the Irish melodies that dominated a few decades earlier. The rise of minstrelsy in the mid-19th century contributed an overlapping strand. Stephen Foster contributed to both, and his “Hard Times Come Again No More” gets a five-part setting that brings out the rich beauty of this seemingly simple tune.

It makes the performance all the more pleasant to listen to, although I have to get used to the lack of any rough edges – and that’s only because I’ve had frequent exposure to much of this material as sung in my neighborhood (a bunch of us get together monthly to sing) and by the re-enactors who populate the region.

As soon as Bruce Molsky’s banjo is heard – it happens on track two, “Darling Nelly Gray” – the fabric of the collection changes, and it’s just the right addition. Molsky joins the quartet in vocal harmony, adds fiddle at times, and even takes a vocal solo on “Bright Sunny South,” accompanying himself on banjo, summoning the spirit of Dock Boggs in the leanness of the performance.

The shifting textures also are magnificent. “Aura Lee” is a solo sung by Jacqueline Horner-Kwiatek to Bruce Molsky’s guitar, with Molsky joining in on the refrains. “Sweet Evelina” alternates between two-part (verse) and four-part (refrain) harmony, all unaccompanied.

And the repertory is excellently chosen. “Tenting on the Old Camp Ground” benefits from a straightforward, a cappella performance, letting the lyrics twist the knife. “Listen to the Mocking Bird” was the best known of Septimus Winner’s “Alice Hawthorne” songs (so credited because they sold better when thought to be the work of a female writer) and deserves better recognition than the farcical treatment it typically receives. Maybe this recording will help.

Other highlights are “The True Lover’s Farewell” sung by Marsha Genensky and Molsky, the almost-too-poignant-to-be-believed “Faded Coat of Blue,” a reminder that nothing puts a song across like passionate sincerity; Molsky’s voice and fiddle and “Brother Green,” and the most popular of all the Civil War songs, “Home, Sweet Home,” a perfect fit for the Anonymous 4 voices (Ruth Cunningham, Marsha Genensky, Susan Hellauer, and Jacqueline Horner-Kwiatek).

“Shall We Gather at the River?” asks the final song, and my suggestion is to gather wherever this ensemble takes this program during their current tour. They’ve promised that they’re nearing the end of their performing career in this configuration, and are doing so at the height of their game.