What’s in Store? Dept.: You’re trying to find a gift for a classical-music minded friend? Try some of my recommendations.

FOUR YEARS AGO, Sony Classical released all of Leonard Bernstein’s symphony recordings (with the New York Philharmonic) in one 60-CD box set that quickly sold out its initial pressing. Bernstein’s conducting is always reliable, often surprising, and if the symphonies set filled a gap in your collection, here’s the sequel: Leonard Bernstein Edition: Concertos & Orchestral Works (Sony Classical) puts into one 80-disc set all of the works he recorded that didn’t have the word “symphony” in the title, but excluding operas and other vocal works. Thus there are 28 CDs of concertos, with too much Isaac Stern for my taste–but there’s plenty with Francescatti to make up for it and such pianists as Rudolf Serkin, Glenn Gould (the notorious Brahms No. 1 is here) and Bernstein himself. Leaving 52 discs of basic-rep orchestral works, ranging from the ponderous profundity of Strauss (R.) and Wagner to the lighthearted capering of Strauss (J.) and Rossini. Some pieces you get more than once, some come with and without narration, but all of it is a bargain-priced bounty. 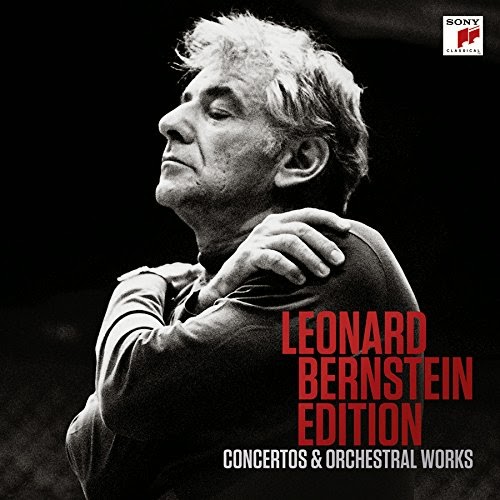 The late Claudio Abbado bounced from label to label during his long career, eventually more or less settling with DG, but Sony has issued a 39-CD set of his Complete RCA and Sony Recordings, most of which were made during eight of his years at the Berlin Philharmonic. It’s a bit of a hodgepodge, although he recorded CDs capturing the varied programming of his Prometheus- and Hölderlin-themed seasons there. There’s a nice chunk of Mozart, a Beethoven’s Ninth with Jane Eaglen and Bryn Terfel, Mussorgsky’s “Boris Goudonov,” and a bubbly New Year’s Eve all-Richard Strauss program. Abbado’s recordings of all six Tchaikovsky symphonies with the Chicago Symphony are here, Rossini and Verdi overtures with the London Symphony and, earliest of them all, a delightful set of Bach’s Brandenburg Concertos recorded with a handful of members of La Scala orchestra in 1976.

The indefatigable Jordi Savall put together a lavish book (with three CDs) titled Bal-Kan (Alia Vox), a musical attempt to spread peace in the Balkans. What politics rends asunder, Savall labors to unite, bringing together musicians from this variety of regions to demonstrate their sounds and styles and combine them with others–as people are naturally inclined to do when not blinded by phony patriotism. Savall’s protean ensemble, Hespèrion XXI, is joined by instrumentalists and singers from Bulgaria and Macedonia, Hungary, Serbia and Romania, Greece, Bosnia and Turkey, and Armenia, among other regions, and the progression of tracks on each of the lively discs plays no favorites.

Our own country was fractured 150 years ago by a war that also shaped our musical heritage. Anonymous 4 collected 18 of these songs for their latest CD, 1865 (Harmonia Mundi), and if there is any complaint to be made, it’s that they sound too good. I’m used to these as ragged-edged campfire-type songs, but Stephen Foster’s “Hard Times Come Again No More” benefits greatly from the beauty and precision of the four voices. Fiddler and banjoist Bruce Molsky lends instruments and voice, only ramping up the poignancy of Henry Clay Work’s “The Picture on the Wall.” And what a shock to hear “Listen to the Mocking Bird” in its original form!

More vocal expertise comes from Rinaldo Alessandrini and his ensemble Concerto Italiano as they create a Monteverdi Vespri Solenni per la Festa di San Marco (Naive), imaging what such a vespers may have been like at St. Mark’s in Venice once Monteverdi took to the musical helm. They had to go to Mantua for the acoustic they needed, at that city’s Church of Santa Barbara, and the result is exquisite. The accompanying DVD shows not only the session but also a recreation of a Monteverdi-era meal! 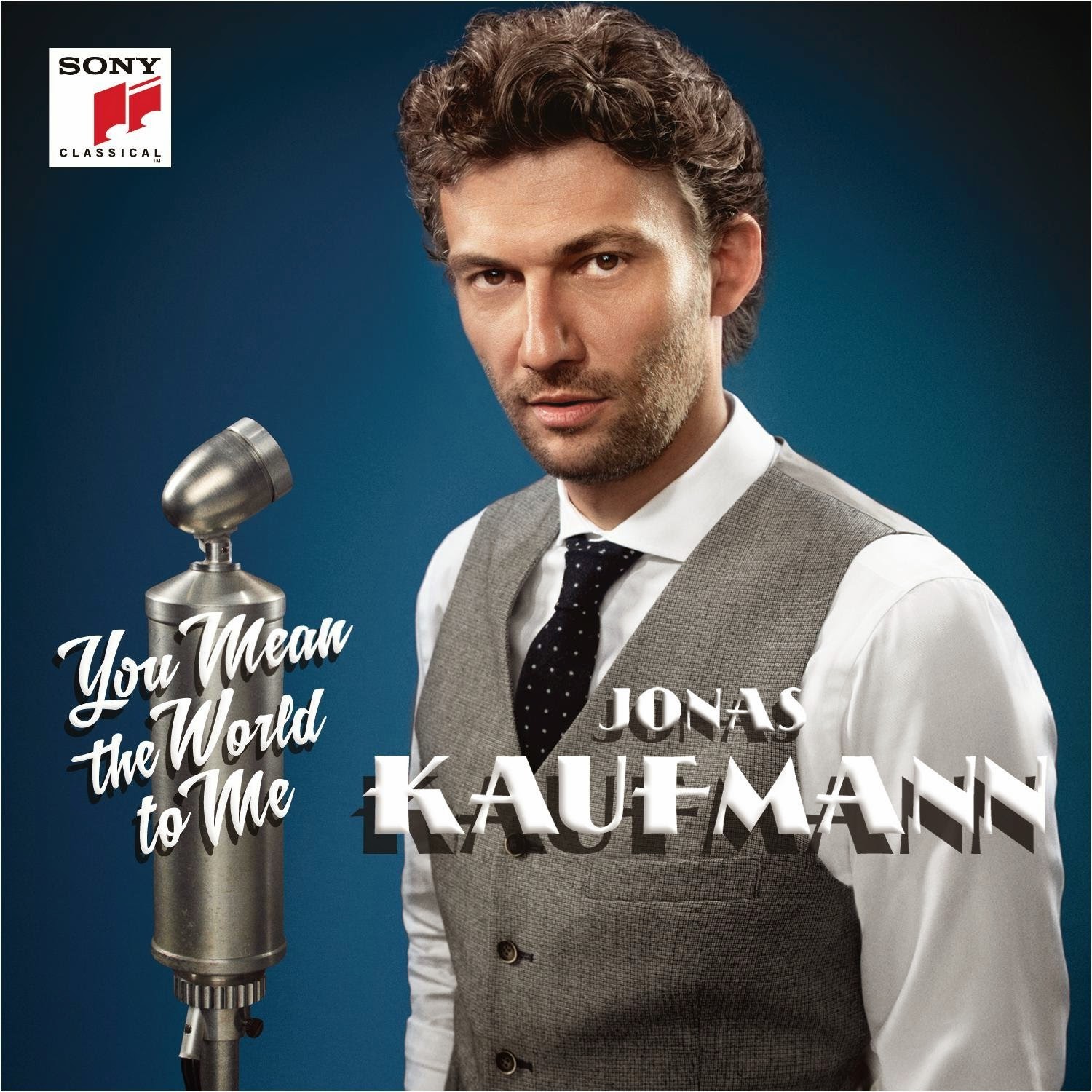 Tenor Jonas Kaufmann hit two of them out of the park this year: first was a version of Schubert’s Winterreise with pianist Helmut Deutsch (Sony Classical), for which Kaufmann explores his lower-register colors to terrific effect, finding every heart-rending nuance of the piece but allowing the words and music to do their own unhappy work. Then came You Mean the World to Me (Sony Classical), which has nothing to do with Toni Braxton and all to do with an era of music in Berlin—1925 to 1935—when operetta flourished and tunesmiths like Lehár and Kálmán and Stoltz led us to the land of smiles. Kaufmann divides the material between English and German lyrics, joined on three by soprano Julia Kleiter, with Jochen Rieder conducting the Berlin Radio Symphony.

As well represented as they are on CD, Schubert and Beethoven nevertheless enjoyed some significant interpretations this year. Supremely talented violinist Julia Fischer recorded individual CDs of Schubert’s works for violin and piano; they recently were combined into a two-CD package (on Pentatone) that’s much more economical. The three sonatinas and a rondo are on disc one; two sports the Sonata D. 574 and Fantasia D. 934, and the Fantasia for Piano Duet D. 940 that puts Fischer at the keyboard with pianist Martin Helmchen. Excellent playing at sensible tempos.

A grab-bag of Schubert songs and sonatas comprises a new Ancalgon release by violinist Lara St. John and friends, a well-chosen mix that starts with the “Songs of the Harpist” cycle inspired by Goethe, sung by soprano Anna Prohaska with Marie-Pierre Langlamet at the harp. And harp accompanies the rest of a program that includes the Violin Sonatina D. 384, the Arpeggione Sonata with cellist Ludwig Quandt, three of the D. 899 impromptus and, heart-rendingly, “Gretchen am Spinnrade,” a song rendered all the more effective with harp behind it.

A couple of Beethoven projects finished this year. The Tokyo String Quartet—now disbanded—put their second trip through the complete quartets into a box set (Harmonia Mundi) that is a beautiful apotheosis of all this group has done, and stands as one of the most thrilling surveys of these works.

Pianist Leif Ove Andsnes finished his Beethoven Journey by releasing the Piano Concerto No. 5, and now all five concertos—along with the oddball Choral Fantasy—in a box set (Sony Classical). This is splendid work by the Mahler Chamber Orchestra under the direction of the formidable Andsnes. 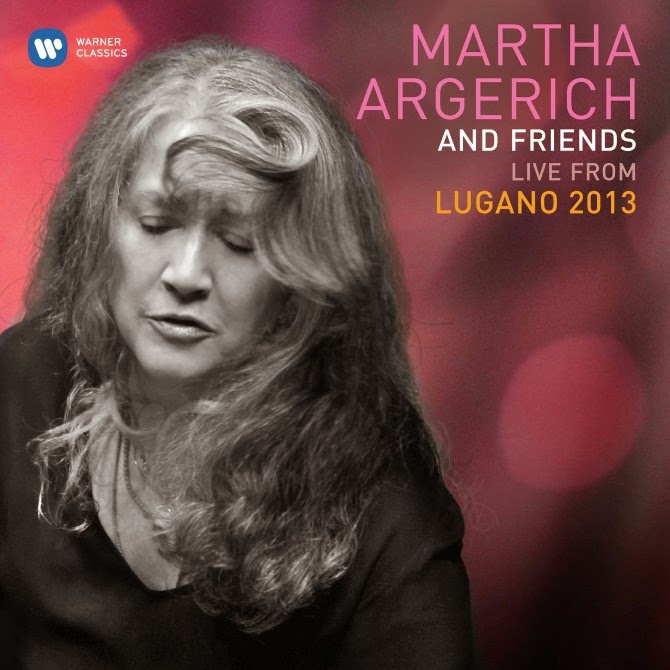 Speaking of pianists: Leon Fleischer continues to amaze with his single-handed prowess, and All the Things You Are (Bridge) opens with Brahms’s arrangement of Bach’s Chaconne, closes with the title song, a Jerome Kern ballad, in a gorgeous version by Stephen Prutsman, and takes us through works by Kirchner, Mompou, Gershwin and others, including George Perle’s “Musical Offerings,” a celebration of Fleischer at 70. Now he’s 86, and unstoppable.

And no year is complete without Martha Argerich’s Live from Lugano. The 2013 edition (Warner Classics) offers her in top form playing Beethoven’s Piano Concerto No. 1 as well as his Cello Sonata No.2 with old friend Mischa Maisky. Ronald and Gauthier Capuçon are here, as is Gabriela Montero, and there are works by Respighi, Ravel, Liszt and Shostakovich–and a high-spirited finish with Argerich and company romping through Saint-Saëns’s Carnival of the Animals.