From the Pervy Vault Dept.: The essay below was one of several I cooked up over the years to link food and sex for a Metroland Valentine’s Day edition. You’ll enjoy the crudité of it.

IT’S THE DATE you’ve been breathlessly anticipating all week – or, let’s face it, most of your life. Because you’re finally going to sit across from the dinner table from the hottest, most desirable person you’ve ever nervously exchanged words with, a person whose luminous eyes and tender lips have taken over your dreams these past many nights. 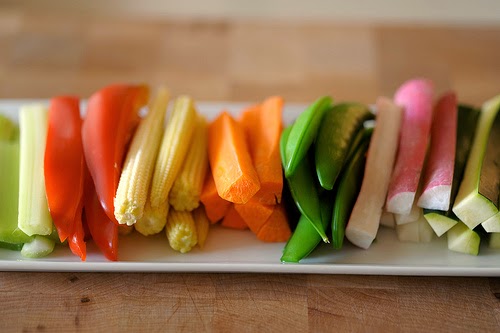 And the restaurant is great. The comfortable, secluded tables and intimate lighting have stoked the sexual tension, and you can already feel yourself a few short steps away from . . . what?

The bedroom? Will you be able to maneuver that date into your carnal embrace before the last sweet flavor of your post-prandial liqueur has faded? Or will it be another handshake-at-the-door kind of event?

The volatile chemistry of food and romance has fired the imaginations of love-starved humans for centuries, leading them to incredibly imaginative notions of just what comestibles might cause John Thomas to twitch.

Although John needs to be more careful. The search for manly magic has killed at least four men over the past three years. According to the Morbidity and Mortality Weekly Report of Nov. 24, 1995, published by the Centers for Disease Control, those deaths were the result of a supposed aphrodisiac, marketed with such names as “Love Stone” and “Rock Hard.” It’s supposed to be a topical remedy, but the ill-fated fellows ate the stuff instead. Not a smart move, obviously, but who thinks of aphrodisiacs as a rub-on solution?

Among adolescent males, the talk is about a mystery potion – Spanish fly – that, for reasons science won’t reveal, drives women into a sexual frenzy. I heard the stories in my Connecticut hometown and have since compared notes with other guys from other states who were told the exact same thing. Which means either that there’s a lot of Spanish fly furtively circulating or some poor woman must be getting awfully tired of the sight of a gear shift.

What we weren’t told (and never would have believed) is that men, too, have long looked for reinforcements. The custom of the before-dinner apéritif comes from a 19th-century French ritual of serving a shot of vermouth to the men. The word “vermouth” is related to the English “wormwood,” which is part of the abisnthe recipe. And “wormwood” comes from the German “Wermut,” which derives from terms meaning “man courage.” Here’s looking at you, kid!

Believe it or not, salt has a long-standing connection with sex: Aphrodite, like salt, came out of the sea (“Born of sea foam,” as the ancient Greeks explained her name). Impotence (sorry, guys) was cured in old Europe by a bunch of women, armed with salt, who seasoned the limp member.
Sex is also caught up in the history of lettuce, whose name derives from the Latin word for milk, and whose sap has been symbolically interpreted otherwise. The early Egyptian god Min, who took care of reproduction and gardening, was offered lettuce at the start of the harvest. Add dressing and you’ve got a salad (which word relates to “salted”), a job once given to the youngest girl in the household.

But enough of this old stuff, you cry. You’re leaving for that date shortly. What will work its amatory magic on Lady Jane?

Start with the crudité. Although disappearing from restaurant tables, that little plate of raw vegetables has a secret ingredient: celery. It was dedicated in Roman times to Pluto, god of hell (and sex, as if there’s a difference). It was also used to ensure that a pregnant woman would bear a boy.

Caviar should be next. Those tiny sturgeon eggs are rich in phosphorous, but they’re a legendary romance builder. You want to accompany them with good vodka, but go gentle on the alcohol. As Shakespeare observed, “it provokes the desire but takes away from the performance.”

Cloves, fennel and ginger should be used liberally on the subsequent courses (you may want to speak to the chef about this). Mustard goes right to work on the sexual glands – its name derives from “ardent must,” referring to the paste made from crushing mustard seeds into grape must.

Did you know that chickpeas are supposed to be good for men? The Romans, who obviously worried about these things, fed cicero to stallions. And, come to think of it, I always do feel extra perky after a plate of good hummus.

For dessert, make sure there’s vanilla involved. It has a euphoric effect, and its aroma is a sexual stimulant. Might as well make it ice cream, which has been eroticized throughout many cultures. Your after-dinner drink? A cup of ginseng tea, of course. It’s supposed to give a man enough staying power to satisfy a dozen women, which, converted into realistic terms, means he may be able to last out the hour.