From the Crypt Dept.: Back, back, back to the days when Metroland Magazine passed off my fiction as serious writing, and a tale cobbled from a few stray incidents. The dogs, by the way, were Bassett Hounds.

SURE, I'D YEAR AFTER YEAR anticipated donning costume and mask and shaking the neighbors down for sweets each October 31st, but there comes a time in a fellow’s life when he has to put away childish things and assume a man’s estate. This happened to me one particular Hallowe’en that I remember too well. I was ten. 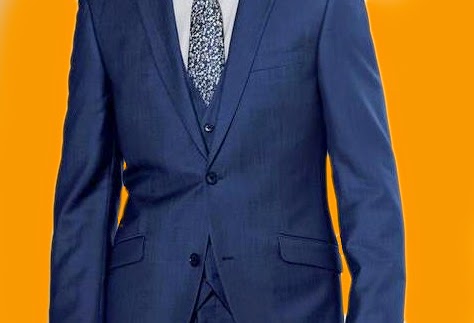 My little brother (a skinny, whiny, conniving wretch with a permanently runny nose and voice like a rusty screen door) was going out yet again in a clown suit, a costume he adopted annually with little change in makeup. We were invited to finish our trick-or-treating at the home of Arnold Winterhaven, the spoiled kid who lived at the end of my street with a family that “summered abroad” each year to the disgust of my parents and their friends.

Still, “If Arnold wants you to go to his house,” my mother said, “I really think you should. That way I won’t have to feed you dinner.”

Mom was a quiet believer in the redistribution of wealth, and if she couldn’t practice overt socialism, the least we kids could do to oblige her was to scrounge a few meals off the rich.

But I had other plans. Across from the Winterhaven’s 18th-century estate was a dumpy little Cape Cod owned by old Mr. Berry, a jazz musician whom arthritis had forced into retirement. He lived there with his wife and two large, stinky dogs. The Berrys were visited each weekend by their children and grandchildren, and always invited my brother and me to join in the resultant barbecue.

On the afternoon of this particular Hallowe’en, Mr. Berry caught me taking a moody stroll towards the woods on the other side of the dead end.

“Where you off to?” he asked in a reedy voice. Despite his affliction he stood up straight and moved spryly; but his face and hands were spotted in an old-person manner that made me nervous. I liked to talk to him; I just didn’t like to look at him.

I must have given some sullen reply, because he drew me into a chat about the occasion, ending with a query about this year’s costume. “I’m not going trick-or-treating,” I said. “I’m too old for that.”

“That’s too bad,” he said. “Tell you what. You come over to my house tonight, and I’ll have something special for us.”

Which was why I had to tell my mother I couldn’t go to a juvenile party. I didn’t tell her why – you can’t trust parents with that kind of information – but I cautioned her that my life was my own and further prying would be futile.

“I don’t know why you have to be so difficult,” said she. “I’ll just have to send your father to the party with your brother.”

It was my father’s destiny to find a unique itinerary presented to him each evening upon his return home from Work, that mythic land he visited five times a week. Upstairs in my room, I would pause in my activity when the front door opened and closed to audit the inevitable exchange: Mom’s list of assignments, and Dad’s, “Can’t I have just one day where I come home and sit down?”

There was something fascinatingly ritualistic about it, a confirmation of my theory that public schooling was actually a conspiracy designed to force children to get up far too early, engage in a cruelly boring day of work, and come home to more hell all the while bleating unheeded protest. This is what Dad did daily.

Impersonating a grown-up put me in a costume after all. I got out a navy blue suit that I last wore unwillingly to church at Easter, where I captivated those in the pews around me by demonstrating that the vest was reversible, going from modest blue to an attractive paisley during the Rev. Manderbach’s interminable sermon.

By sundown, as Dad and my brother took to the streets, both looking to candy-score, I was brushing teeth and hair, shining shoes, feeling dapper. Striding down the dusky lane, dodging the tykes in their silly outfits, I knew that I was now a man. Perhaps tonight I’d even drink something mildly alcoholic.

The two dogs set up a racket as I rang the bell. Mrs. Berry greeted me with the clasped hands-to-breast gesture of cliché and announced me. “I’m expecting him,” her husband cried. I was admitted to the foyer.

“I promised him we’d have something special,” he continued.

The old man thrust a hand into his wrinkled tweed jacket and brought it out filled with a clump of moist Hershey’s kisses. “You’re never too old for a little bit of candy, right?” He dropped the mass into my own hands. “Happy Hallowe’en.”

And I was back on the street. Humiliated. Confirmed in my contempt for my elders, a blind lot of fools who saw only what they wanted to see when they looked at us children.

Across the street, the Winterhaven house was basking in the blaze of a thousand floodlights, lit up like a mausoleum. Kids ascended the steps and were admitted; my father and the little clown were also on their way.

Perhaps it was a foolish acceptance of my defeat that sent me over there as well, but it was defeat that soon turned into triumph. Because there I found Arnold, acting every bit the snobby grown-up, dressed in a nearly identical three-piece navy blue suit. He glared at me when I entered, suspecting that a travesty was being performed, and I took advantage of his discomfort to play it to the hilt. When he acted aloof, I was a fun-house mirror of his gestures. When he spoke his blue-blood nasal dialect, I mocked it in the manner of Elmer Fudd.

Finally, as the children were driven like cattle to feed at the Winterhaven’s oversized mahogany table, I did what well-tailored Arnold could not: I reversed my vest. It delighted the throng.