From the Vault Dept.: Back in the prehistoric days before Albany’s Metroland magazine officially became an alternative newsweekly, I was able to sneak all kinds of stuff into its pages. Here’s something that ran in the Valentine’s Day issue (which is now the Sex issue) in 1987.

“I’VE HAD ENOUGH OF HER. Can you put up with the kid for a couple of days?” It was my brother-in-law Ted the Yuppie, trying to fob his uncommunicative kid, Melanie, off on me. “Valentine’s Day is approaching and she’s real depressed over some guy.”

He dropped her off at my house and she marched sullenly up the walk, entered, said nothing, and dropped into a chair at the kitchen table. She grunted in response to my greeting. “Take off your coat,” I suggested. She didn’t. 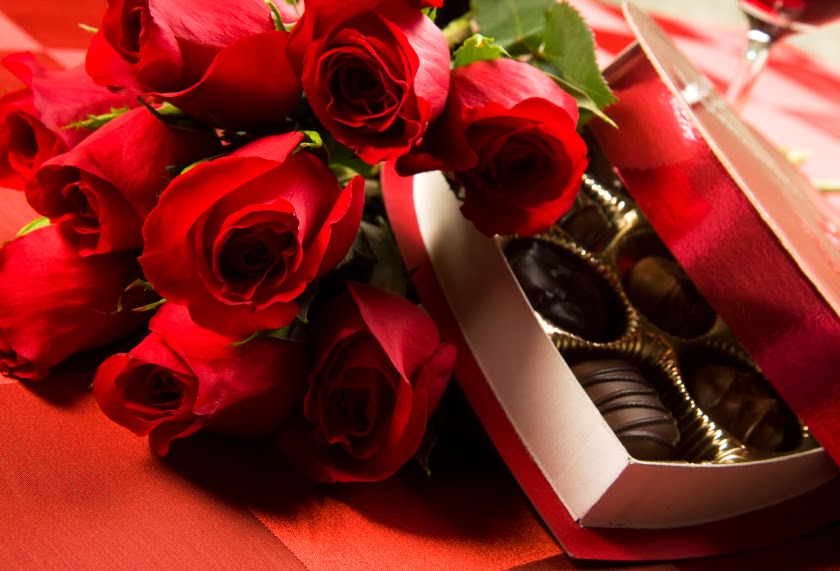 She’s an attractive kid, for 15. Actually, I find it hard to judge adolescent beauty any more. The farther I race away from that age, the more they look like ungainly foals.

“So who’s this guy you’re worried about?” I boldly asked.

“He’s ignoring you or something?”

“He doesn’t know what he’s doing.” As Melanie warmed to the subject she slipped off her coat, brushed her hair from her eyes and drummed her fingers on the table. “I mean, he likes me and all, but he’s too busy being one of the guys to do anything about it, like he’s afraid they’ll laugh at him cause some of his friends don’t think I’m good enough or something.”

“Have you been going out with him long?”

She narrowed her eyes at me. “We haven’t gone out at all. He’s too scared to ask me. I’ll probably have to do it myself.”

“Sometimes you have to,” I said. “It took me a while to understand that asking for a date isn’t life-threatening. But some guys need a push. Me, for instance.”

“You? Really?” She studied her old uncle for a moment. “Someone asked you out?”

“I learned a valuable lesson. Flowers and candy and such are powerful dating tools.”

“That’s old-movie stuff,” she said scornfully. “Nobody does that anymore.”

“You should try it. My lesson came when I was about your age. It was my first date, as a matter of fact. On Valentine’s Day.”


I WAS KIND OF A LONELY KID (I began), without any of the popular splinter groups to belong to. There were the Jocks, the Freaks and the Brains, but I was run-of-the-mill.

A girl named Kate Norcross caught my eye, mainly because her locker was next to mine and I saw her there every morning and often between classes. But I was too scared to do anything about it.

You know how that gets. You think about the person, you think about her obsessively, next thing you know she blots out everything else in your life.

And you try not to show it.

I was into my old-movies phase at the time, drawing my life’s lessons from the wisdom of Hollywood. I tried to give myself some Hollywood confidence, facing each new challenge by asking myself what James Cagney would do.

So I’m cool as ice cream, taking off my coat one winter day, when Kate leaned over and asked to borrow a pencil.

I gave it to her with a trembling hand. I knew in that hard-to-reach sensible part of my soul that she didn’t really need a pencil, but I played along. She wrote something in a notebook and handed back the pencil with thanks. Now we’re friends. Now we’re talking.

And I’m saying nothing worth saying. I exhausted the subject of the pencil, telling her every detail of where I got it and why it’s a little chewed and nevertheless she could have it if she wanted it and so on. And now I can think of nothing to say.

I’m dying to ask about, oh, what she likes to read, to eat, to watch on TV, but feel so selfconscious that I can do nothing but gape.

You better believe it. The ice had been broken, the street was clear – and it was my opportunity to embark upon the date of dates I’d been dreaming of since puberty.

Predictable how uncooperative the world gets when you’ve got a great idea. A trip to the fusty little movie house in our Connecticut town was not for me – we were near enough to Manhattan to warrant an elegant voyage to the city and one of the palatial midtown theaters for a first-run film.

Having had my license for the better part of a month, I considered myself a journeyman driver. But I knew my parents would never cotton to the notion of letting me take one of their cars, so I didn’t ask. I didn’t even tell them about the date. I borrowed a car from an older friend, a motoring enthusiast named Steve who kept a small fleet, and on Valentine’s Day, a Saturday, we left for the ninety-minute drive to Manhattan.

I felt like a king in my friend’s big old Imperial, a vintage monster with suicide doors and six-way adjustable seats. True, it lacked some of the necessary muffler connections, and he warned me to top off the brake fluid every few hundred miles – but I felt like a king in this mighty machine.

My first inkling of trouble came when the Merritt Parkway turned into the Hutch, the Hutchinson River Parkway, that is. Connecticut’s graceful antique highway became a Westchester County racetrack, narrowing into a thin, twisty band, a colorful but venomous snake.

“Are you sure you know what you’re doing?” Kate asked mildly. I noticed that her knuckles have a day-glo sheen.

“I forgot how crazy this road is,” I answered, swerving to avoid a Cutlass that’s just plain stopped in the left lane.

“Have you ever driven it before?” she asked.

I don’t think she should have started yelling just because I admitted the truth. And I know I shouldn’t have gotten off the Hutch in the middle of Yonkers just because she insisted she’d hate me forever if I didn’t.

We made it by back streets from Yonkers into the Bronx. We took the Triborough Bridge into Queens. Then we got onto the BQE, the Brooklyn-Queens Expressway. And landed somewhere in Brooklyn.

I can think of no more hateful phrase than “Why don’t you ask somebody?” If I’m a little confused while driving I like to work it out myself. But I was prepared to ask someone, anyone, how to get the hell out of Brooklyn, if I only could have found someone to ask.

Kate stared out her window, I kept a watch out mine. Was Valentine’s Day a national holiday here?

Pretty soon we were cruising through a neighborhood of charred, gutted buildings and it was getting dusky. Away in the distance we saw the lights of cars on an elevated highway and we drove for it, ignoring one-way street signs and other dumb impediments.

We ended up at Kennedy Airport. “Want to stretch your legs?” I asked.

You have to remember that the inside of an Imperial is like a small apartment. When she slid to hug the passenger door, it was as if she were on the other side of a ballfield.

The ride back was very quiet.

I stopped at a Pathmark en route because I had a last-chance idea to save this evening. It was just before nine, and I also slipped into the next-door liquor store and wasn’t even proofed.

Kate was playing with the radio when I got back. She said nothing. We drove on.

The final indignity was a sudden snow squall. Temperatures had been hovering around freezing all day; now the skies let loose with all sorts of precipitation. I was off the Merritt, driving one of the Connecticut potholes they call a state route, when I went into a skid, hit the nonexistent brakes, and shimmered the car neatly off the road, sideways, into a pile of snowy mud.

Kate buried her face in her hands.

I did a little wheel spinning, but we knew it was useless. “I’m going to have to call a tow truck,” I said. “Want to come?”

We trekked along Route 123 looking for a phone. Kate had her hands jammed in her pockets and was shivering. Great opportunity for a comforting arm around the back, I thought. Lousy opportunity, I discovered.

“This isn’t my idea of a great date,” she said.

How would Fred Astaire deal with this? I wondered. He’d probably sing, but he always had an orchestra standing by. Still, I tried for an Astaire-like nonchalance. “It’s not that bad,” I ventured. “Whoever thought we’d see Brooklyn on our first date? We learned how not to drive to the city. We saw some planes take off and land. We’ve seen a lot of highways.”

“If I were Fred Astaire I’d sing to you now.”

We found a phone and I called Steve, who promised to dispatch a tow truck on his triple-A card. He brushed aside my apologies but warned me that on a night like this the trucks would be in high demand.

“Better get comfortable,” he said with a wink in his voice.

There are missed opportunities you will always regret. Why, you’ll go through life asking yourself, didn’t I speak to the girl who smiled at me on the bus? Why didn’t I tell the boss to go to hell?

So it’s important to keep the opportunities you didn’t miss in memory, and that’s why I’m so partial to the recollection of that wait for the tow truck.

While in Pathmark I had bought cheese and crackers and a box of Whitman’s candy. And I had a bottle of champagne.

We let the car run so we’d have some heat and broke open the feast. The seat tilted far enough back to give us plenty of room, and we ate with our fingers and drank from the bottle.

Best for last. I also had bought her a supermarket bouquet, nothing special, but flowers nevertheless.

“Why, how sweet!” she cried, and kissed me, setting a precedent we spent the rest of our wait investigating. Indeed, she was snuggled against my arm when the lights of the tow truck brightened our fogged-up windows.


“OUR PARENTS WERE ALL pretty pissed off,” I concluded, seeing that Melanie’s attention had wandered, “but we didn’t care. Still, the romance didn’t really go anywhere. Turned out she had a boyfriend in college and she was just testing the waters before throwing in with him for the long haul.”

“I gotta use your phone,” Melanie said abruptly, hurtling from the table.

She punched a number from memory. “Is Terry there?” she asked, then listened. “Know where he is?” Pause. “Oh. Thanks. Bye.”

“Well, that’s good news,” I offered. “He’ll probably be here with flowers and candy any minute.”

Terry arrived, all right. He wore a ratty herringbone overcoat with the collar turned up. His hair was short at the sides and swept into a coxcomb at the top. “Whatcha doing?” he asked.

He dropped an arm over her shoulders and steered her out.

“Don’t you want your coat?” I called after her.

“You wear it, Romeo,” she answered.