From the Sock Drawer Dept.: While strip joints have proliferated in the Albany area since I wrote this piece in 1986, the Harwood House (run by a retired state trooper is long gone, and the Governor’s Inn went downhill until hit with a fire four years ago. But Deja Vu is still around, albeit reduced to one location at 145 Wolf Road (Shopper’s Park) in Albany.

WE HAVE TO LIVE WITH the fact that taking off your clothes, no matter how dull the body underneath might be, is often considered naughty. And as soon as something is declared naughty it becomes a lot more exciting. 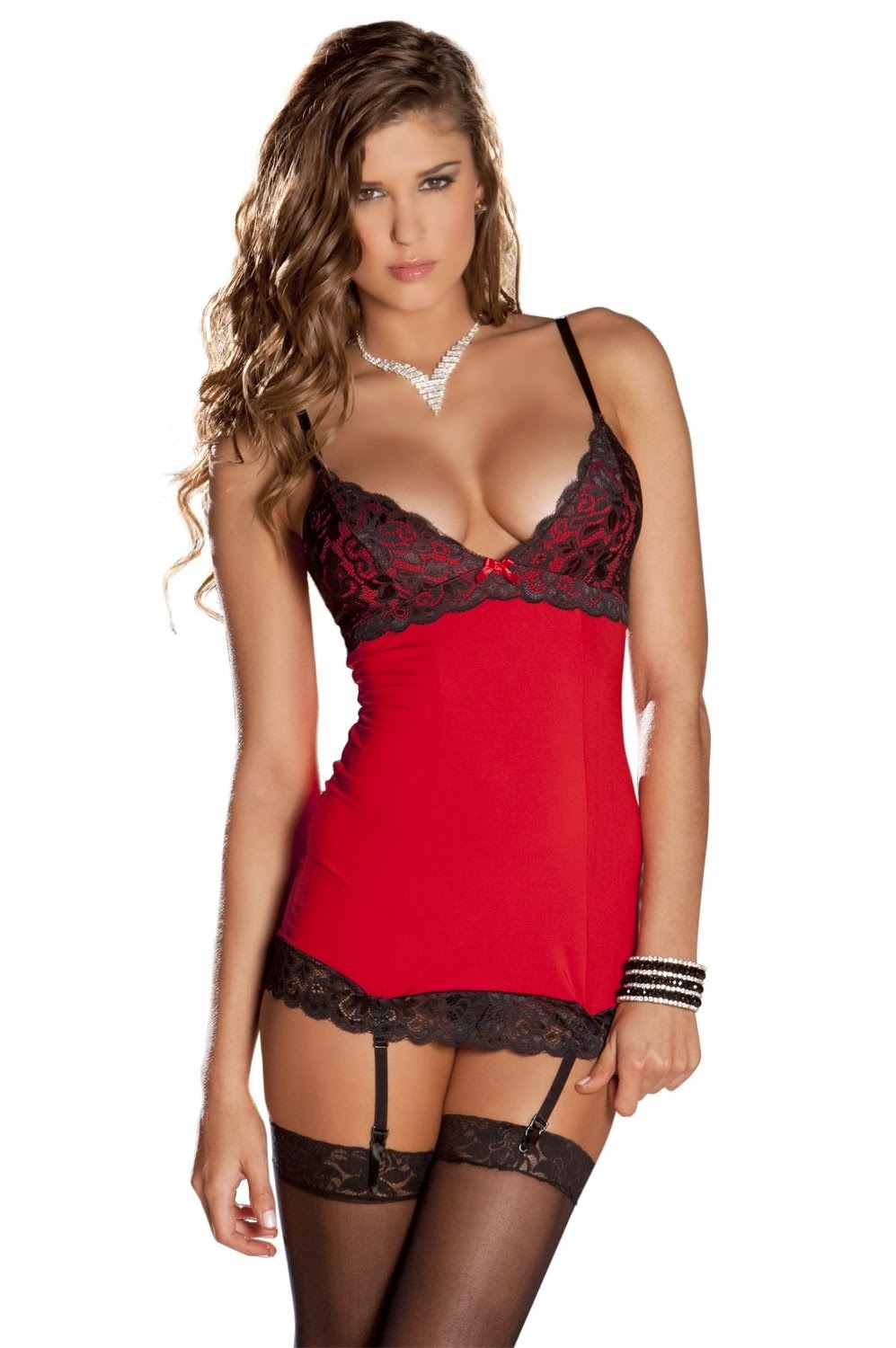 Valentine’s Day offers an excellent motivation for getting naughty. If you’re stuck for ideas, consider the following: You can watch a professional remove her clothes; you can spice up your own bedroom routine with some sexy adornments, or you and your mate both can do so in the privacy of an exotic hotel room, complete with special lights and mirrors.

Professional strip-tease is becoming harder to find. Locally, legislation has been passed in Halfmoon and Schenectady laying out the specifics of what clothing a dancer can remove, and this nearsighted lawmaking has been instrumental in returning a highly charged style of exotic dancing to the area.

While legislating against “obscenity,” the lawmakers are encouraging eroticism. The word “suggestive” means just that: something suggested, not spelled out. If you want to see somebody naked, the suspense lies in wondering when that last bit of clothing is going to come off.

The Harwood House, on Route 7 in Latham, is a pasties-and-G-string place. The women peel, but to a point. It’s a good show, run very professionally. The show manager, a large, bearded man who calls himself the “Grizzly Bear,” works the sound and lights with a setup that would make most discos jealous. From the console in his booth, he watches the adjoining stage.

It’s a nonstop show, beginning in the late afternoon with videotapes produced right on that stage, featuring the club’s regular performers. When the dancing itself starts, one set immediately follows another.

“Most of the girls who work here call this place home,” the Bear says. “And you have to remember that I’m working with people who are athletic as well as artistic, who have egos as big as watermelons and as fragile as eggshells.”

Although the dance routines are mostly self-choreographed, you find moves common from turn to turn, moves that support the naughty undertone. But the contrast in styles is remarkable. Lee, for example, is extremely athletic: she once was a gymnast. She celebrates her body with kicks that could be an Olympic event. Delilah, on the other hand, is an old-fashioned ecdysiast. She  wears colorful, elaborate costumes that come off a tiny piece at a time, maintaining the tradition in which the tease is everything.

“I did this in the ‘60s and ‘70s,” she says, “when the burlesque type of dancing was more popular. Now, in the ‘80s, there seems to be more emphasis on the ‘go-go’ kind of dancer who takes all her clothes off during the first song.”

Delilah makes her own costumes, right down to the G-string, and her work with sequins and lace shows off her skillful design and sense of whimsy. One outfit, for instance, is a modified black-tie-and-tails ensemble, which she removes to a set of New York City-inspired songs.

Your pursuit of the naughty might begin here, then. It’s the kind of place where you can bring a date, contrary to the image of cliché of a seedy “strip joint.” The only drawback comes when the dancers finish their routines, often swapping kisses for tips. My wife got the idea that such commerce could be extended to our home. “Fine,” I said. “And you have to do a dance beforehand.”

My wife has no experience in costume design, so we went in search of some exotic items. You can find them in places that, five years ago, would blush to admit they existed; now garter belts and revealing teddies hang beside the more staid bras and girdles at Macy’s.

Le Most has made a specialty of lingerie and accessories for five years, surviving the commercial vicissitudes of Lark Street in Albany. Owner Liz Armstrong also stocks a variety of cards ranging from the cute to the suggestive, and novelties that include items from Follick and Buck’s Pharmasutra. For Valentine’s Day, there is a selection of white lingerie festooned with red hearts.

The “Big and Beautiful” section is a recent addition, reflecting the manufacturers’ realization that women of all sizes are buying exotic underthings. “Everyone should have a chance to feel soft and cuddly,” says Liz.

Men needn’t feel left out. There may not be quite so much to dress up in according to accepted standards of naughtiness, but a display of modified codpieces allows you to hide or enhance your manhood in a variety of colors and configurations. My favorite is an elephant head with a soft but sizeable trunk.

Deja Vu, with four locations (Madison and Lark, Central Avenue, Latham Circle Mall, Northway Mall), carries jeans and tops for men and women, but you’ll find an array of pasties. G-strings, hosiery and lingerie to choose from. Shorts and briefs for men also are available in imaginative designs.

A display case of what’s popularly termed “marital aids” allows you to stock up on mechanical contrivances formerly available only at the peep-show houses, including that must for  ice-breaking: edible undergarments.

And what do you do with your newly acquired garb and gear? It’s nice to go back to a quiet house and put on your own show, but what do you do if kids or neighbors prohibit such carryings-on?

Don Hauffe, at the Governors Motor Inn on Route 20, Guilderland, has a solution. He got it, in fact, from a newspaper somebody left behind in one of the rooms shortly after he bought the place 15 years ago.

“It was a Catholic diocesan newsletter from Philadelphia,” he explains. “The writer observed that with both husband and wife working and then coming home to the traditionally large family, there is little chance for the parents to enjoy any intimacy. And I remember one line stood out: ‘You may have to get away to the motel on the corner.’ I decided to make the Governors that motel.”

Working slowly and hand-selecting the decorations, Hauffe turned the 40 rooms into plush, highly individual luxury spots. There’s deep-pile carpeting, mirrors wherever you look, and in many rooms a heart-shaped whirlpool tub (you get a little bottle of bubble-bath concentrate when you check in).

But start your evening there off right: try the Orchid Room, the newly remodeled restaurant. Chef Michael Briggs has put together a small and well-chosen menu that he cooks splendidly, as my own recent visit proved. And it’s as handsome a room as you could want to dine in, with an orchid theme maintained throughout with restraint and good taste.

No two rooms are alike: you can choose what suits you best from a color catalog kept at the front desk. A tour of some of the rooms proved how much care went into the construction. “I designed each of these,” says Hauffe, adding modestly, “and I’m no designer. I just drew what I wanted kind of crudely and supervised the people doing the work.” The results were such exotic items as a circular mirror assembly built above a circular waterbed. “We started with many layers of plywood, shaped into the base and covered with carpet. The mirror itself is attached with cables well up into the roof. It’s not going to come down in our lifetime.

“As I said, we started this 15 years ago. Can you imagine what this kind of design would cost today?” He showed us into the room we had reserved: heart-shaped tub, circular waterbed. “Call if you need anything.”

There’s a lot to be said in praise of the shape of a heart, and two people can snuggle quite comfortably into a tub of that configuration. Nothing is quite as naughty as anticipation; once we were settled into our room we were faced with, well, actually getting naughty. It’s easy to forget how if you’ve been married for a while. We did a pretty good job.

WHAT IS YOUR IMAGE of an exotic dancer? The word “exotic” is appropriate because they seem at once fascinating and tainted: What leads a woman to take off her clothes in public?

Metroland’s own Norma Hildenbrandt, an account executive who pays regular business calls on the Harwood House, decided to see for herself what goes into preparing a strip routine, and spent a few weeks putting one together under the experienced eye of the Grizzly Bear and some of the house regulars.

“You look at the dancers and think, ‘I can do that,’” says Norma. “I used to disco-dance a lot in college, but it’s really been a while since I tried anything as strenuous as this.”

Afterward, flushed and laughing, she sat at a table and talked about it. “Swimsuit season is coming,” she said. “This sure keeps you in shape. I’m not sure if everyone can do it – it’s hard work! But it sure feels great.”