Personal Narrative Dept.: One of the perks, if you can call it that, of taking Speech Class in high school was being tapped to make the morning announcements over the school’s public address system. Here are some tales from the trenches.

“WE ASK THAT YOU rise for our national anthem, and remain standing for the ever-popular pledge to the flag!” With those words, intoned in his finest Alexander Scourby style, my friend Harry Minot got himself tossed off the morning announcements team. Richly influenced by the Firesign Theater and the Goon Shows, Harry believed – correctly, in my view – that a little levity was needed to make this Friday-morning ritual palatable. 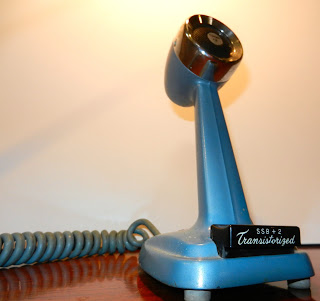 We’re back in the days of vinyl. The “Star-Spangled Banner” recording, jingoistic by its mere presence, was scratchy and, in purely audio terms, vile-sounding. And the Pledge of Allegiance, enhanced in the Eisenhower Era to satisfy nervous theists, only spurred further anger against Nixon’s government for sluicing us – us teenagers – into a needless war he refused to end.

Harry was more of a candidate for conscription than I – my eighteenth birthday arrived after the draft had wound down, although my lottery number would have been 118 had I bothered to register – and shared the growing country-wide cynicism about the boss-led Business of Patriotism.

And the bosses took umbrage at his light-hearted remark and denied him further access to the platform on which he surely intended to poison the young-uns’ minds. Perhaps it was deemed wise to split us up. We’d already caused some commotion by carrying a toilet through the school halls one day as a Dadaist gesture. Another day, we both costumed ourselves as Groucho.

(As a sidenote, my first and only high-school detention was earned the day Harry and I skipped school to watch the first-ever TV broadcast of the Marx Brothers movie “The Cocoanuts.” Although he wasn’t caught, he elected to serve the detention with me. During our confinement, we sat side by side in the room’s front row as an unlikeable chemistry teacher kept watch. By pre-arrangement, Harry and I silently followed the path of an imaginary bug as it climbed the wall behind the teacher, made its way towards an outside wall, then followed the path of the window moldings. We were abruptly dismissed after ten minutes.)

I became the sole morning announcer. I must confess that I used it not for politics but for personal gain. For starters, it eliminated the need for me to report to homeroom at the start of the schoolday, because it was obvious to all when I was present.

“Good morning. Today is Tuesday, October 17, 1972, and here are the morning announcements.” Thus was the style of each broadcast. Tuesdays and Thursdays were clubs-and-activities days, with a special period scheduled immediately after homeroom during which the Future Nurses, Yearbook Society, French Club, and so on could meet. You needed only tell your homeroom teacher which meeting you were attending to be released from the room.

With that in mind, I added “The Pickwick Club” to the roster, and assigned it a room I knew would otherwise be empty. This allowed my friends to identify themselves as Pickwick Club members, and we spent the forty minutes relaxing in teacher-free luxury.

When I started doing the announcements, the Detention List was a typewritten sheet of names. “Will the following students please report to the Assistant Principal’s office,” I’d intone, and then followed the public shaming of the unfortunates as their names rang throughout classrooms and halls.

Somewhere along the way, the typewritten list was abandoned in favor of handing me the stack of original detention slips – the three-part forms filled out by the teachers and submitted to the office for processing. This meant I was holding the only record of those detention assignments. Thus I got a taste of how an old-time political fixer must feel, because I can assure you, from that time forth none of my friends was ever so detained again.
Posted by B. A. Nilsson at 1:21 PM