Gazette’s Loss Dept.: Yet another of the trial pieces I wrote in hope of landing a steady gig as a columnist for the Schenectady Gazette (which didn't happen). So much has changed since 1990, and so little.

COULD IT BE that convenience is the worst enemy of the arts? We enjoy the stories of the deprivation suffered by many of our favorite painters and composers and writers and such, but we associate art with entertainment and entertainment with ease, as if a good symphony should be the aural equivalent of a few days on a Bermuda shore. 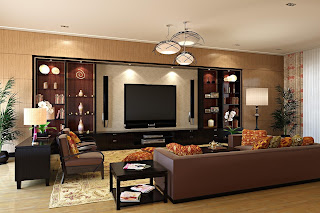 Every discipline has its special range of conflict. Ballet still battles modern in the dance world, even as painting pits realism against the abstract. Sift through the rest: you know where the lines are drawn.

On one side of all of them is a conservative audience element that consumes only art that’s been pre-digested, sinking a lot of money into it in the process.

But the price of everything associated with arts consumption – seats, travel, accomodations and so on – is spiralling ever higher even as more sophisticated entertainment equipment is sold for the home.

I fear an eventual abandonment of the concert hall, but, in chillingly ironic way, this may signal a return to a tradition we’ve all but forgotten.

Here’s what I mean.

The key concept behind home entertainment is reproduction, visually on a quality, high-definition screen, aurally with a hisslessly clear digitally-generated sound. The video part puts you closer to the artist, in an illusory way, than any but the frontmost seats. Sound quality is invariably better than the lousy amplification found in halls and theaters.

And the price of a videotape can work out to a lot less than the expenses involved with getting and staying wherever it is you have to go to see whatever it is you’d like to see.

I’m already a victim of this syndrome. I don’t go out to movies anymore. I can’t tolerate the animals who throng the theaters, so I sacrifice the pleasure of a large screen for the solitude of my home tube. I do a lot of opera watching that way, too: how else could I ever have afforded to see the Met’s recent Ring production?

If this keeps up, we’ll soon be wrenched away from any last vestige of the live-performance thrill. Already we have horribly popular groups of spit ‘n polish youths lip-synching in concert while pretending to be musicians. That’s simply TV stuff hyping its way into a civic center

The tradition among stuffier opera houses in this country is to ignore the language of the land and so distance us from the theatrical experience. This practice works fine on television, where subtitles aren’t distracting.

Contemporary and current concert performances are being released; you can tour art galleries, museums, churches, even whole countries on tape. Simply slip a tape into your VCR and you’re on your way.

It used to be the piano in the parlor. Before autos, before the phonograph, someone in the household played and everybody sang. John Philip Sousa brought his band through (he must have hit every town in the U.S.A.) for a change of pace, but entertainment was largely self-determined.

Now it’s getting merely self-indulgent. People are even giving up reading in favor of being read to, while driving. Is it even worth listening to a book that’s so safe it won’t cause you to get into an accident?

There’s a bright side. As the safe-players stay more and more at home, the more experimental-minded crowd can take over the halls, looking at and listening to new stuff, giving worthy artists support and getting rid of those who don’t deserve it. That’s part of the job of the audience, but playing it too safe makes us too timorous to do it.

I have nothing at all against the work of Beethoven and Mozart, Rembrandt and Church, Shaw and good old Shakespeare. But I fear that it’s becoming an indulgence better practiced in the privacy of our own home.