What the Hell Are You Saving It For?

Start Your Wining Dept.: In early 1999, the Albany area's food writers were visited by representatives of the Wine Market Council, for the reason described in my article below. What’s not mentioned is that, while the reps visited the other writers at their offices or with a trip to lunch, I was tapped for a dinner date. I took them to Albany’s Café Capriccio, where chef Jim Rua prepared a meal that they vowed never to forget.

ALBANY HAS BECOME unusually wine conscious during the past few weeks. You can’t miss the exhortations: billboards and TV commercials, radio ads and wine store displays demanding to know why you’re waiting to buy that bottle. 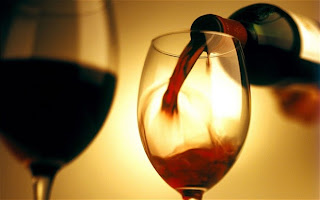 We’re a test market. Albany joins in Austin, Texas, as the ideal cities in which to run a three-month trial campaign designed to raise our collective consciousness about wine consumption. The message in a nutshell: enjoy it now.

“Our market research determined that the people we want to reach, the ones who aren’t buying wine regularly but might consider doing so, think of wine as something for special occasions, ” says John Gillespie, president of the Wine Market Council, the group behind the campaign.

The Council was formed to facilitate consumer awareness and education about wine and wine drinking, and already has been conducting a lot of behind-the-scenes activity on that behalf. “We’ve been working for the past two years with the mainstream media,” says Gillespie, “looking at issues like wine selection by placing feature stories, holding briefings and tastings with editors and providing people for speaking engagements.”

Over 250 grape growers, wine producers, importers, retailers and others with a stake in wine sales contribute to the Wine Market Council, which has a board of directors comprising an impressive cross-section of the industry. And these are the people funding the ad campaign with voluntary donations.

What we’re seeing is a $1.3 million blitz split between here and Austin running through the end of May, after which Wine Market Council representatives will return to the area to talk to focus groups and study product sales. In Austin it’s a little easier because wine is sold in grocery stores and there’s therefore a broader range of sales info to study. New York, despite having a thriving wine production industry, is victimized by short-sighted laws that keep wine off the supermarket shelves.

So the point-of-sale portion of the campaign has gone into area wine and liquor stores, with placards carrying the “What Are You Saving It For?” message. “I’m glad we have it,” says Todd Yutzler, the wine manager at Delaware Plaza Liquor Store in Elsmere. “It’s a great campaign. People should be aware that they can drink wine at any occasion. When they’re thinking of reaching for a beer or a soda, this reminds them that they could try some wine instead.” Because of his store’s already strong wine sales, he can’t comment on any campaign-related trends. “Time will tell.”

That’s a sentiment echoed by Ralph Bonavist, the wine buyer at Cadalso Wine and Liquor in Latham. “We’ve always had a strong wine customer base, but I think this is great for the market as a whole. And it’s nice to see the industry get behind something like this. They’re usually so busy promoting their own brands that they don’t always see the big picture.” Bonavist says he’s seen some new faces in the shop, “and my regular customers are asking about the campaign. They like it.”

The campaign began in mid February, devised by Chicago-based Bozell Worldwide, the agency also responsible for the milk mustache campaign. Along with the billboards and wine store displays, the test campaign includes a series of TV and radio ads, all taking a humorous look at the notion of wine enhancing any event. The agency began with over a hundred different campaign concepts that they winnowed to 20 before presenting them to focus groups. The concepts were narrowed even further and went on tour to cities across the country to determine that “What Are You Saving It For?” was the favorite.

“We’re looking for a cumulative effect,” says Gillespie. “We want to make wine friendlier.” The wine industry has enjoyed five years of growth, but studies indicate that all of this growth comes from what the Wine Market Council terms core drinkers: 11 percent of the adult population, who consume 88 percent of the wine sold in this country. So the target of this campaign is people defined as infrequent wine drinkers – folks in the 25-49 age range with household incomes of more than $40,000.

“If the approach in our test markets is judged successful, we’ll roll out a campaign in major cities throughout the country in the coming months.” Why Albany? “We needed a test market where we could afford a heavy media schedule. Albany not only provides that, but it also demographically resembles the larger cities, like Philadelphia and Boston, where we’ll be taking this campaign.”

The Wine Market Council is working on other educational strategies as well. “Next spring we’ll conduct a survey of all U.S. beverage alcohol consumers,” Gillespie says, “to learn even more about their perceptions and expectations of wine. Already, we’ve discovered issues we’re addressing right now, such as the belief that wine starts to go bad the moment you open the bottle. Many people are very worried about correctly pairing wine with food, and are afraid of embarrassing themselves in restaurants. We’re trying to take away all the unnecessary mystery of wine.”