Doesn’t Have to Be a Dog Dept.: Another book report. I handed in very few of these during the entirety of my schooling years, preferring to sweat out the day of assignment-due reckoning with some improbable excuse. How nice it was, later, to discover that getting paid can motivate me.

HAVING IDENTIFIED HIMSELF as the champion of Kansas City barbecue joints, real chili and the bagel shop just around the corner from his Greenwich Village home, Calvin Trillin has given American cookery a thoughtful legitimacy. And he obviously had a good time searching for it. 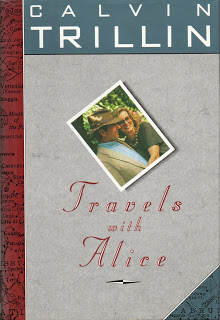 Trillin also has spent years reporting on American villages for the New Yorker. He’s also likely to write about murders or the political scene (his weekly column is carried in the Saturday Gazette).

His 13th book brings back the Trillin family with whom we journeyed in American Fried and Alice, Let’s Eat, but this time it’s a European vacation. A series of them, actually, in a collection of anecdotal looks at various places abroad.

As seen by Trillin and family, which isn’t the perspective you or I would achieve. While not exactly cast in an Innocents Abroad mold, we at least get to see what’s usually a stuffed-shirt enterprise interpreted much more broadly. Who but Calvin Trillin who spend a chapter in search of the history of the taureaux piscine? As incredible as it seems, it’s a sport that is just what its name suggests: a contest to see how long a participant can share a shallow swimming pool with a bull.

And Trillin not only would confesses to but also actually revels in his pursuit of his own favorite sport: babyfoot, known to us as foosball. But the babyfoot saga becomes a travelogue through Italy as he searches from tavern to tavern for a table.

Naturally there is an abundance of food. A summer in the South of France (so capitalized throughout the chapter) gives several journeys through the marketplace in pursuit of Hanging Around, the Trillin alternative to the usual tourist-style travelling.

“On the Grand Tour you go once. You don’t go back to Notre Dame once you’ve seen Notre Dame. Once you’ve seen Notre Dame, you go to the Louvre. In Hanging Around, repetition is part of the pleasure. If you find a nice local museum – like the Museon Arlaten in Arles – you go back now and then. If you find a pommes frites stand that reminds you why French fries were named after the French, you make it a regular stop on the evening stroll.”

Don’t be worried if it sounds like Trillin has gone mellow. He can be counted upon to find something if not to complain about than at least to sneer at. Describing the dreams that fuel a summer in the South of France, he sees himself “sitting in an outdoor cafe on the town square sipping a drink, having somehow found some alcoholic beverage in a French cafe that does not taste like cough medicine.”

The book opens with a brief introduction to seeing America by car, and a realization of “something essential about American travel: Americans drive across the country as if someone’s chasing them.” Then the gates are thrown open to the rest of the world.

First the Sicilian town of Taormina, contrasted with the views of a Victorian writer named Mrs. Alec Tweedie. From the South of France we’re taken to Barbados, then back through France and Italy to spend some time on Mott Street.

Trillin is a very comfortable writer to read. He’s so good at making the language do tricks for him that we need only relax and marvel. Behind the seeming savagery of the humor we find the author himself as the butt of most of the jokes.

Alice would seem to be a calming influence, suffering saintlike throughout the escapades her husband describes. I was about to suggest that she deserves some kind of award for putting up with it all, until I remembered that she does, after all, get to take all those trips.