Cool & Strange Dept.: I had the pleasure of contributing to Dana Countryman’s Cool & Strange Music! Magazine during its brief, glorious run. I wrote features about song-poems and Ian Whitcomb, and also contributed CD reviews. Here’s a pair of unlikely reviews from Issue #15. 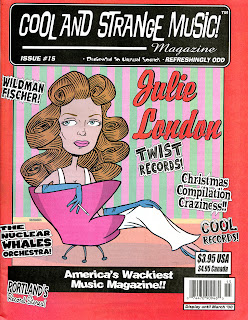 An industry unto himself, Louis Philippe shares a moniker with pre-Revolution French royalty and a singing style with countless Vegas crooners who warble with Wayne Newton-esque intensity.

“Delta Kiss” and “Sunshine” put two ten-year-old albums in one two-disc CD package, and they’re two of Philippe’s more relentlessly pop excursions, with lots of easygoing percussion, not-at-all-bashful use of echo, and the Covent Garden String Orchestra for that extra taste of smoothness.

His voice is an airy tenor, and he writes songs (in English, French, or both) with simple, repetitive melodies well suited for the cabaret/café ambiance. But he throws in surprises, like a Poulenc number in the midst of “Delta Kiss.” And, yes, for you Francophiles, there are accordions – at least on some of the “Sunshine” tracks.

The songs celebrate loneliness, the delights of finding a beauty in a dewdrop – ideas that, if you mentioned them on a school playground, big kids would beat you up for confessing. Fire up a Galoise, sip a Lillet, and invite over a sweetheart: this is make-out music for the very sensitive. 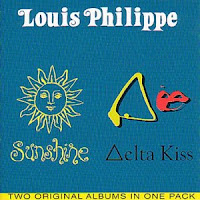 Whiteface heldensoprano, display window mannequin, pastry chef: Klaus Nomi was a phenomenon who burst onto the musical scene in the late 1970s, confounded expectations, and died as his popularity was growing. The Bavarian-born Klaus Sperber grew up in Berlin, moved to the U.S. in 1972, and had a breakthrough seven years later backing David Bowie on “Saturday Night Live.” 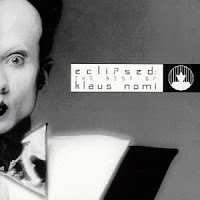 Nomi’s first album appeared two years later, presenting a beat-heavy, synthesizer-drenched sound that still was forced to back seat by Nomi’s astonishing vocals. With a range that challenged Yma Sumac, he swooped and chanted through a category-defying array of material.

“Eclipsed” presents the best of his two studio recordings with a couple of numbers from two posthumous albums as well. Lesley Gore’s “You Don’t Own Me” is eponymously revised to suggest “you don’t know me” (or Nomi), and Nomi’s background in classical music comes out in a version of Henry Purcell’s 17th-century “Cold Song,” adapted from the opera “King Arthur” and given an umistakable, unforgettable performance.

The biggest surprise is a heartfelt version of “I Can’t Help Falling in Love with You,” one of the all-time great pop songs but requiring absolute sincerity to pull it off. Elvis sounds like he’s going through the motions, but Nomi is astonishingly convincing.