IT WAS ONE OF THOSE smack-your-forehead, it’s-so-obvious ideas: collect the other sides of all the 78s that Harry Smith chose to include in his iconic Anthology of American Folk Music. A few enthusiasts pursued this idea, and thereupon pursued Lance Ledbetter, whose label Dust to Digital has produced many stellar releases of neglected music. 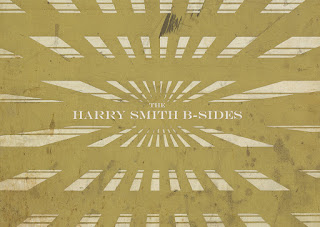 The project kicked off in 2013, fighting delays caused by finding the best-quality copies of these long-neglected discs, by running them through as fine a digitization process as is possible, by securing rights, where needed, to the recordings, and by putting together an attractive package with appropriate (whimsical, inventive) essays and song explanations. And by a pandemic that cam just in time to stymie the hoped-for production schedule. The set finally was released last October. It was worth the wait.

If it’s a mirror of the original Anthology, it’s a somewhat faded one. Not because of the quality of the music – this is old-time stuff at its best – but because of the unexplainable but magical quality of the programming of Smith’s original 84 sides, an array spread over three two-LP sets and categorized as “Ballads,” “Social Music,” and “Songs.” Some of it can be rough going: there are recorded sermons that seem endless and Cajun bands that sound wildly out of tune, but you hang through it all for a cumulative effect that, when you reach the final bars of Henry Thomas’s “Fishing Blues,” feels as if you’ve been through an emotionally fraught but satisfying wringer.

That set’s 1952 release went on to inspire both a folk-music revival and plant many of the seeds that would grow into rock and roll, with musicians as varied as Bob Dylan, Jerry Garcia, and Dave Van Ronk acknowledging its influence.

So of course we want to hear the B sides! It’s not as if they’ve been hidden, not with internet serving as the archivist’s wonderland, but I never thought to explore this particular avenue and neither, I’m guessing, did you.

If there isn’t the same compelling programming arc, there’s a comforting familiarity in the performers. We know these sounds, so to revisit the sound of Dock Boggs and Sleepy John Estes is to visit old friends. Even if the messages they convey are often heart-rending.

It all kicks off, appropriately, with Dick Justice’s “One Cold December Day,” Appropriately not just because of the weather outside my window at the moment, but because it’s a dying hobo’s lament, establishing a thematic context of death and regret that informs much of this collection. Justice’s “Henry Lee” is the A side, a Child Ballad about a fatal stab of jealous revenge; B gives us a stark version of sad tale akin, in its original form, to “The Unfortunate Rake” and “Bingen on the Rhine,” but the Justice version is stripped of the dying man’s last words and burial instructions, focusing instead on the heartache of his girlfriend to raise the quotient of pain.

West Virginia-born Justice worked in the mines, an oppressive way of life. My West Virginia-born mother was surnamed Justice; when I asked her if there were a possible relation to the singer, she observed that “Justice” appeared in the local phonebook almost as often as “Hatfield” and “McCoy.” But the life that any of the Justices experienced in Logan County, where Dick grew up, and adjoining Mingo County, where my mother’s family lived, was rough enough to dispel any hifalutin’ notions about the place that the old-time recordings might inspire. All well and good for Greil Marcus to romanticize it as “old, weird America,” this dusty-record universe that Harry Smith enshrined, but you only need the single coal-mine tour I took with an uncle years ago to realize that “weird” is a term of luxury. 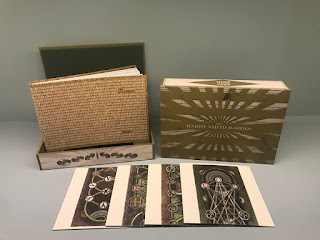 All of which is to say that Dick Justice sets the stage for us in both sets, giving a taste of the sound and sorrow – and, soon enough, joy (there’s a bizarre joke spang in the middle of “December Day”) – to come as we travel the other 83 other sides. These were all commercial recordings made in the late 1920s and early 30s, until the Depression muted the industry for a while. The side-couplings no doubt were determined by the releasing companies, but they still offer a revealing peek into what else the performers considered worthy to record.

Take the next track, featuring Alabama-based Nelstone’s Hawaiians. “Village School” is a sad dead-mother song; the A side mourns an abducted child. Despite the NY Post-ish content, both songs are cautionary laments, rooted in a ballad tradition that goes way back and had achieved a (however ironic) comforting familiarity for these singers and their audience.

I’m not suggesting that you need to have the original Anthology in hand to fully enjoy the B Sides performances: they stand on their own. But it’s fun to get to know these singers and their songs a little better.

Although we start with the sound of the rural American southeast, there are forays into blues and jazz and gospel alongside a borderless commingling of country and folk. Harry Smith insisted on drawing no attention to the race of each singer, and there was enough of miscegenation in his collection to send then-Senator Rankin into apoplexy. If such commingling seems less remarkable today, it means we can pay more attention to the wonder of the music itself. These performers learned from one another regardless of race, and the stories they told endure in the voices of subsequent performers because they spoke to dreams and fears that never will leave us.

Highlights of the set are five early Carter Family recordings, including “I’m Thinking Tonight of My Blue Eyes,” later covered by artists ranging from Bing Crosby to the Nitty Gritty Dirt Band. There’s a song by Charlie Poole, whose work inspired a recent, Grammy-winning Loudon Wainwright recording. There are songs by Mississippi John Hurt, Buell Kazee, Furry Lewis, Clarence Ashley, and the chilling Dock Boggs, each of whom enjoyed a career resurgence in the 1960s when Anthology enthusiasts tracked them down.

We finally get to hear “Moonshiner’s Dance Part Two,” the flip side of some Spike Jones-like madness by Frank Cloutier and the Victoria Café Orchestra (it’s not quite as wild as Part One). And there’s a generous allotment of gospel songs and sermons, with the Rev. J.M. Gates continuing to hold forth in fine form with “O Death Where Is Thy Sting” and “Must Be Born Again.”

The Harry Smith B-Sides attracted some adverse comment upon its release because of a last-minute decision to pull three of the songs. Company founder Lance Ledbetter explained that the lengthy home stretch of getting the sets set for distribution coincided with the unrest that followed George Floyd’s murder, leaving him very uncomfortable about the obvious presence of the word “nigger” in those questionable songs. While I share the belief that it’s a mistake to try to censor the past, I’m not going to condemn the owner of a boutique enterprise for following his beliefs. And, as he also pointed out, you can easily find the missing songs on the internet. Their program notes remain in the booklets.

More disturbing to me is a trend that encourages the musical icon Jim Kweskin to plead, in his essay on Blind Lemon Jefferson’s song “Shuckin’ Sugar Blues,” that we drop the word “Blind” from his and other so-named old-time musicians’ monikers. Although I, like Kweskin, am a privileged white man with a deep love of music’s traditions, I wouldn’t presume to mess with the naming conventions of a bygone age.

Kweskin is one of an impressive range of musical people who contributed notes to this project. The original Anthology featured Smith’s terse headline-style descriptions for each song, and the headline style is mirrored here, along with a fuller exploration of what makes each artist unique. There are notes by Rani Singh (director of the Harry Smith Archives), Rosanne Cash, Maria Muldaur, Steve Gunn, Daniel Bachman, Tom Paley and Jeff Cohen (New Lost City Ramblers), Will Oldham, Amanda Petrusich, Peter Stampfel, Pokey LaFarge, and many, many others, presented in a handsome booklet – as is always the case with a Dust-to-Digital release.

And it’s handsomely packaged in a cigar box-like case, each of the four CDs slipcased in a showcase of Harry Smith’s unique artwork. So, yes, you can probably find all of this material on the internet somewhere – but it’s all here, too, sounding better than you’ll find anywhere else. This set belongs on your shelf next to the Anthology, and if you don’t have that one, better budget for both.