Master of Your Domain

From the Tech Vault Dept.: Here’s another outdated tech piece from my distant past, written for Metroland in 2000, and only fleetingly applicable to today’s internet requirements. Metroland’s website has since gone away, and it looks as if all those “cc” domains have also perished. But I still get a kick out of the time-travel aspect of this piece.

A SERIES OF LOCAL ADS exhorts us to grab these new domain names so that we can enjoy the same kind of resale profit garnered by the folks who sold “business.com” for $7.5 million. “Dot-CC,” it is argued, will have the same impact as “dot-com,” now that there aren’t any appealing dot-com names left. 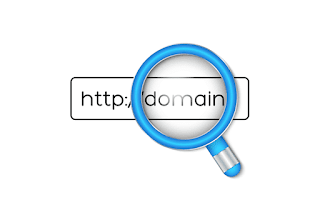 I haven’t rushed out to register anything; I’m afraid I missed the boat once and for all a few years ago, when in the course of writing an article about domain names I passed up lots of available goodies and merely got hold of banilsson.com. And nobody’s been beating a path to my door to buy it from me.

As opposed to Jimmy Guterman, who runs a Massachusetts-based consultancy called the Vineyard Group. He registered the name vineyard.com five years ago, “on a lark,” as he recently wrote in the Internet newsletter The Standard, “much as someone orders a vanity license plate.” A few is-it-for-sale queries straggled in during the ensuing years, but he noted that in 1999 the queries started pouring in weekly. He writes, “I know to ignore the ones with text in all upper case, as well as the ones that misspell ‘vineyard’ or, in some cases, ‘com.’”

The Internet's domain name system evolved in the early '80s to help you find a particular computer on the growing network. What you type into your browser window is actually called a uniform resource locator (URL), which consists of a protocol, a host name, and a domain. For example, in http://www.metroland.net, http is the protocol (it stands for hypertext transfer protocol), www is the host name, and metroland.net is the domain. (Domains always consist of at least two parts: the top-level domain – net, in this case – comes last, while one or more subdomains precede it.) The end result? Another acronym: You've got an FQDN (fully qualified domain name).

In the original scheme of things, those dot-com domains were reserved for commercial enterprises; nets and orgs are non-profits or governmental agencies, although you’ll most likely find the latter under gov. Now anyone can grab a com, net or org. A number of different companies handle the registration part, most active of which are Network Solutions (www.networksolutions.com), which once had the job to itself, and Register.com.

To snag a domain name, log onto one of those sites – Network Solutions is as good as any – and search to see if your proposed name already is taken. Chances are that it is, but if you luck out, you can register it for a fee of $35 per year. Of course, a name is just a name unless there’s an Internet address attached to it. You need one of those, too, which comes from your internet service provider (ISP).

If your chosen moniker is taken, chances are that you can buy it from the current owner. Here’s where the big bucks come in. Marc Ostrofsky bought the domain name “business.com” three years ago for $150,000 and sold it last December for $7.5 million. Houston-based Ostrofsky, former owner of Multimedia Publishing Corp., noted that he’d acquired business.com for his own use but wasn’t averse to selling it. Besides, he’s marshaling at least a hundred other domain names.

Who shelled out such a sum? Ecompanies, a Web-based start-up run by former Disney Webmaster Jake Winebaum, who believes that the easy recognition value of business.com justifies the price. He told the New York Times that he’d “rather have it like that than trying to spend a lot to figure out what the brand stands for.”

Compaq made news two years ago by shelling out $3.3 million to buy altavista.com for its popular Internet search site. Other notable transactions: wine.com went for $3 million and drugs.com fetched a little over $800,000, both brokered by GreatDomains.com [which has since gone defunct], where would-be millionaires can have their domain names appraised.

Jimmy Guterman paid the $75 appraisal fee for vineyard.com, and reported that it was assessed at a nice six-figure amount. GreatDomains.com declined to showcase his listing, however, which probably reflects that it’s being bumped by such premiere properties as America.com, which has an asking price of  $30 million. Act.com is up there for $3.5 million, the same as worldwide.com; it’s humbling to note that forgive.com is expected to fetch a mere $275,000.

Here’s where we head abroad. Every country has its own approved domain. Right here it’s .us, which doesn’t seem to have much cachet – and there was and may still be some attempt to reserve those .us suffixes for websites that tend toward the more governmental, such as state parks and national monuments.

Network Solutions offers country-specific names, but a search costs $100 and the fee for your first two years is $550. Besides, who wants .jp or .uk as a suffix? They seem so ... country specific.

Not so .tv, which has proven to be a windfall for the minuscule island of Tuvalu (pop. 10,600), whose mid-Pacific presence has until now been a source of arcane postage stamps. Thanks to the recognizeability of Tuvalu’s two-letter code, a California-based Internet company has negotiated a $50 million deal with the country for rights to its Internet domain for the next ten years – an amount that’s triple Tuvalu’s gross national product.

Will dot-tv achieve the same popularity as dot-com? Opinions vary widely, some believing that dot-com is too entrenched in our consciousness to yield to such newcomers. Attempts by Tonga (.to) and Moldova (.md) to cash in haven’t really taken off, although the latter at least has been able to interest some doctors and hospitals to spend $300 apiece for .md domains.

The folks behind dot-cc are more optimistic. David Sams, another California entrepreneur, has teamed with Clear Channel Communications to sell .cc names – which is why you find Clear Channel’s WGY at www.wgy.cc (but note that www.wgy.com still works). [Update: That “cc” domain has since gone away.] In this case, the domain was assigned to Cocos (Keeling) Islands, located midway between Australia and Sri Lanka, pop. 636. And there has been no word released on what kind of deal was worked out with the islands, which are an Australian territory.

Although it’s probably a little less volatile than the NASDAQ right now, domain names as an investment certainly are entertaining. I’m not about to sink any more than my single annual renewal requires, but if the dot-cc pundits are right, you’d do well to start snapping those domains up immediately.