Guest Blogger Dept.: Les Hendrix wrote for Schenectady’s Daily Gazette for 22 years, retiring in 1997 – not long after filing the doozy of a story below. He went on to work for the NYS Ethics Commission, and died in 2013 at the age of 71. The story below was headlined “Man Caught in Creek Admits Guilt,” and I borrowed its sub-head for this post title. I’m familiar with the Schoharie-Central Bridge area, and, wondering what might of become of this story’s protagonist, offer some more recent follow-ups.

A CENTRAL BRIDGE MAN who jumped into a creek where police were looking for him pleaded guilty to two felonies Wednesday. 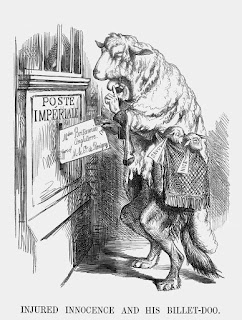 Jameson L. Perrotti, 23, pleaded guilty to four charges in Schoharie County Court and faces a sentence of up to six years in prison. Sentencing was set for April 9.

Assistant District Attorney J. Russell Langwig said Perrotti was apparently in a cocaine-induced state of paranoia on the night of Aug. 28, when he saw a police car pass and thought it was chasing him. Langwig gave this account of what then occurred:

Perrotti started evading the police car that was not chasing him and eventually abandoned his car in the Gallupville area. He stripped off his clothes and fled into the woods.

Then Perrotti broke into a trailer and stole a sheepskin to wear. At another residence, he stole a Ford Escort. Eventually, he ended up asleep in the sheepskin parked in the Escort at the Schoharie park-and-ride lot off I-88, Langwig said.

A patrolling trooper knocked on the window to awaken Perrotti, who denied owning either the car or the sheepskin and then fled.

Langwig reported that Perrotti stole three pairs of jeans, a blue and white plaid dress, and a flowered T-shirt. Perrotti, who had a scraggly beard, was discovered wearing the dress when employees arrived to open the store.

Perrotti was apologetic, offered an IOU and drove off to Middleburgh, looking for the car he had abandoned in Gallupville. There, at the Coach Workes auto shop, suspicious workers called troopers before Perrotti fled northward. At that point, a police search and pursuit was initiated, said Langwig.

In Esperance, Perrotti drove across a lawn and damaged a well cover before jumping over the side of the Schoharie Creek embankment, landing in a thicket.

Pursuing troopers thought Perrotti was in the creek and commandeered a boat to prevent him from escaping or drowning. While they were searching the creek, Perrotti leaped out of the thicket and into the creek. The boat patrol caught him clad in the soggy blue plaid dress.

Perrotti pleaded guilty to two counts of third-degree burglary for entries at the Apple Barrel and the John O'Donnell home in Schoharie, fourth-degree criminal mischief for damage to the Charles Ernst home in Esperance and unauthorized use of Frank Weber's Ford Escort.

Perrotti is serving a 1- to 3-year prison sentence for burglarizing a Duanesburg gas station last July. Langwig said the 2-to 6-year term for the Schoharie escapade will be served following completion of the earlier sentence.

It seems that Perrotti is unstoppable. He has since been arrested on charges of third-degree menacing and criminal mischief, criminally possessing a hypodermic instrument, failure to comply during a traffic stop – he fled on foot – as well as reckless endangerment, criminally possessing a hypodermic instrument, theft in the third degree, larceny and possession of two crack pipes, possession of a controlled substance not in its original container, possession of a hypodermic instrument, first-degree operation of a motor vehicle while impaired by drugs, leaving the scene of an accident with property damage, and aggravated unlicensed operation of a motor vehicle while under the influence of alcohol. My opinion? He should have stuck to sheepskins and flowery dresses.
Posted by B. A. Nilsson at 11:53 PM

A lot of this story is true, the dress is not..I am Jameson Perrotti..what the DA or "journalist" left out was, IT WAS RAINING during the night and I NEVER took off my clothes until I was in the APPLE BARREL which had a clothes rack, with men's & women's clothes..I had broke in there to GET OUT OF THE RAIN..& while there found rack with clothes on in it and PUT on some Jean's and covered up with some other clothes and fell asleep.I awoke to a car door closing outside, at OPENING time and i just grabbed the first "shirt" I was blanketed with. It happened to be a dress. There was nothing freaky about it or to allude police, it was to not startle the woman who was opening the store.and it MAY have worked.I explained my circumstances,leaving out the police, grabbed a couple tshirts and couple pairs of Jean's, that she let me sign an IOU for, and left. I then put on the tshirt and broke into the next house I came to & "borrowed"🙂 the car.
The other part that is debatable is the original police chase..its true I was high & paranoid on cocaine...if the police were "imaginary" or not is a different story for a different time.

The writer lied and exaggerated throughout this story....I am Jameson Perrotti. I dont know if he did it with his own imagination, which it sounds like, or it was the D.A.... I wish I would have seen this BEFORE he died...it seems as if, maybe, I should be paid.