From Anthony Hope to “Always”

From the Music Vault Dept.: By the time I saw “Sweeney Todd” in its original Broadway run, Cris Groenendaal had taken over the part of Anthony Hope. A dozen years later I shared a stage with him in the Syracuse Opera’s production of “The Merry Widow,” and was delighted to learn from him, a few years after that, that he’d released his first solo album, in collaboration with his wife and frequent performing partner, Sue Anderson. Here’s a review/interview piece I wrote about it.

CRIS GROENENDAAL'S WICKED SENSE OF HUMOR is in evidence three numbers into his new recording, “Always.” He sings the old chestnut “You Made Me Love You (I Didn't Want to Do It)” with an edge of gritty determination, sounding as if he were dragged kicking and screaming into the amorous state. It's a contrast to the sappiness of other vocalists who have recorded the song, and it's very effective. 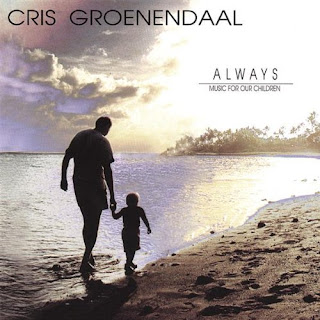 The album is subtitled “Music for Our Children,” which has a twofold meaning for the singer. “It's made up of music I was singing to my own children, but it also describes songs we're passing along to a new generation.” He's quick to point out that it's not a children's album. “It's not Barney meets Raffi. It's an adult collection of songs, including one by the Beatles, one by Bob Dylan, and showtunes and standards. The concept was that I was either singing them to our son, who was one year old at the time, or singing about children. Some of it has a kind of lullaby feel to it, but it's eclectic in terms of its sense of humor.”

Groenendaal made his Broadway debut in “Sweeney Todd,” and salutes that show with “Not While I'm Around.” He went on to the Broadway casts of two more Sondheim shows, “Sunday in the Park with George” and “Passion,” and was therefore able to observe that he picks his Broadway appearances well: “I only appear in shows that win the Tony or the Pulitzer.”

Although he started doing shows in elementary school, and even declared to his parents that he was going to be an actor, he avoided show business through college. “I had acting lessons as a kid and a wonderful choral teacher discovered I could sing in sixth grade, and I was in a folksinging group and fraternity singing groups. I went to Allegheny College in Pennsylvania and the University of Exeter in England, where I was an English Lit major. I did one play in college, but I never thought I could make a living at it.”

After college, Groenendaal went into the Peace Corps and taught school in South Korea for two years. “While I was over there I got involved in a U.S. Army Service Club show, where I did some singing. When I came home I decided I was going to give it a go, so I stayed at home (in Erie, PA), worked in a bank, and did some local theater. In 1975 I got my Equity card in a summer stock production of ‘Bitter Sweet’ starring Roberta Peters. And right after that show I packed my bags and moved to New York. I had my unemployment claim and the trade papers, I found an apartment and started plugging away at it.”

In 1979, Groenendaal was hired for the “Sweeney Todd” chorus; he later took over the role of Anthony Hope, and can be seen as that character in the commercially-released videotape that also stars Angela Lansbury and George Hearn. Anthony's Act One highlight is the song “Johanna,” which Groenendaal also sang at a 1983 “Stephen Sondheim Evening” sponsored by the Whitney Museum’s Composers’ Showcase Series – a recording of which was recently re-released on compact disc.

Following a run in “Sunday,” the Sondheim association continued when Groenendaal worked with Joyce Castle, Timothy Nolen and others on a two-disc all-Sondheim set released by Book-of-the-Month Records. And most recently he was among the soldiers in “Passion,” which he left in August just after doing the archival taping for the Lincoln Center library.

He moved from “Passion” back to the “Phantom of the Opera,” taking the lead for a month in Toronto before joining the Canadian national touring company; he also did a month's worth of “Phantom” in Alaska and recently played the role for two months in Hawaii. He's been taking advantage of the tours to promote his CD, which was used as a fundraiser for the Hawaii Youth Theater in Honolulu.

Groenendaal also performs a solo evening of traditional Broadway and cabaret material with his wife, conductor and pianist Sue Anderson. “There’s a lot of interest in us doing more of this,” he says. “Any place where I play the Phantom they think this would be a good thing to do.” They expanded the show into what became Groenendaal’s Carnegie Hall debut on Mother's Day, May 8, when he was joined in the main hall by Nolen and Diana Walker, with Anderson and William Hicks playing two concert Steinways.

Given his meticulous approach to preparing a role, it’s not surprising that he took the same care in putting together his recording, which he produced himself. “‘Passion’ was selling it for me, ‘Phantom’ sells it for me when I'm in that show, I had a wonderful CD signing in Alaska, and several in Hawaii. We've got a distributor interested, covering stores in major cities. We haven't approached the major labels yet, but we're still eager to see what we can do on our own.”

Anderson did the instrumental and vocal arrangements with her friend Randy Wanless, and they also hired the musicians and booked the studio. The album opens with an a cappella number, “Turn Around,” showcasing both Groenendaal's gorgeous voice and the child-related theme to follow. Subsequent arrangements are fitted nicely to the individual songs: “You Made Me Love You” is sung to solo cello, Frank Loesser’s “More I Cannot Wish You” to solo guitar; the ensemble in “Personality” is augmented by Groenendaal doing his own background harmony--a concept that expands into a tricky contrapuntal vocal ensemble he overtracked for an up-tempo “Baby Face.”

“You Can Be Replaced” takes a wry look at the downside of early parenthood, an old Pearl Bailey song that features the bass playing (and scat singing) of Jay Leonhart. The Hampton String Quartet adds a lush background to the Beatles’ “Goodnight,” and the album ends with Irving Berlin’s “Always,” gently set to strains of Brahms’ “Lullaby.”

Groenendaal and Anderson have since added two more recordings to their catalog, which are now distributed by CDBaby. You’ll find “Always” here, and here are links to “A Christmas Wish” and “Mostly Live.”
Posted by B. A. Nilsson at 10:48 PM