From the Jukebox Dept.: The Dust-to-Digital label does excellent work in the entire realm of reissues, with a particularly fine eye to packaging. One of their latest mines the best of Alan Lomax’s field recordings at Parchman Farm, the nototious prison-cum-plantation in northern Mississippi. Here’s my review.

SEEKING THE LIVING HERITAGE of American song, John Lomax visited a number of Southern prisons in 1933 with recording gear in tow. Not the most dignified of scholars—Lomax had a racist streak that supported his too-frequent revisionism—he nevertheless had the right idea, and his more liberal-minded son, Alan, would return to many of those prisons the following decade to capture better-sounding material. 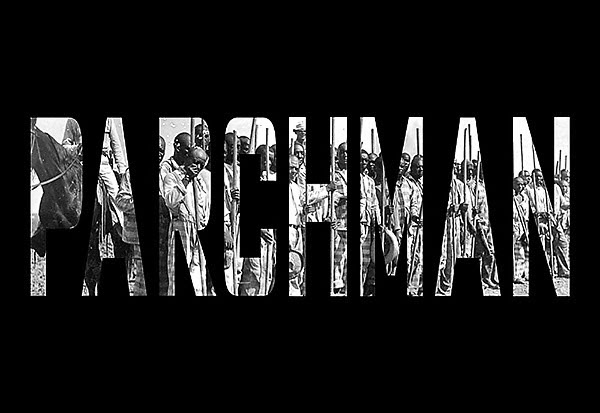 One of those stops was at Parchman Farm, Mississippi’s oldest state prison, located near plantations that still, in the postbellum era, paid starvation wages to black fieldworkers who felt imprisoned enough to regard the barbed wire separating them from the prison as a mere formality.

“In the burning hell of the penitentiaries the old comforting, healing, communal spirit of African singing cooled the souls of the toiling, sweating prisoners and made them, as long as the singing lasted, consolingly and powerfully one.” That’s Alan Lomax writing in The Land Where the Blues Began, his 1994 study; he also wrote an introduction to the selection of his 1947 Parchman recordings that appeared on a 1958 LP.

Since then, the material—which includes songs from visits he made in 1948 and 1959—has been remastered and reissued several times over the years, most notably as part of Rounder Records’ series of Lomax-recorded CDs that included two discs devoted to the Parchman recordings (and many more individual songs scattered throughout) before the series petered out a decade ago.

No matter; you can hear all the tracks from Parchman and much, much more at culturalequity.org, the Alan Lomax website, with a searchable index of material and brief notes on the sessions.

But those Parchman recordings form such a vital, compelling document of the threads of American music that were woven into its most characteristic sound that you’ll want to acquire them in the form of a two-disc set issued by Dust-to-Digital, an admirable company that makes each of its (re)issues into work of art.

This is a stark black box with die-cut lettering on back and front through which you glimpse prison and prisoners; they’re on the covers of a handsome hardcover book that houses the discs, the program notes, and a generous supply of the photos Lomax took during his 1959 visit.

Many of the songs—“Whoa Buck,” “John Henry,” “Levee Camp Hollers,” and “Stackalee,” for example—had parallel lives outside the prison, but what we’re hearing here are less-refined legacy versions. “Poor Lazarus” achieved fresh fame on the soundtrack of the movie “O Brother, Where Art Thou?” although it was a different Lomax-recorded version than you’ll find in this set, which offers it along with a handful of other never-released cuts.

Although a guitar accompaniment slips in occasionally, for the most part these are a cappella versions, solo and in groups, with the sound of (staged for the recording) work alongside the work songs—like “Black Gal,” sung to the sound of axes.

Another reason for this set: Making your way through the 23 songs on the first disc and the 21 on the second while studying the mix of color and black-and-white photos taken inside the prison barracks and out in the fields provokes a growing wonder at the hopeful spirit informing even the most doleful blues.

Lomax’s The Land Where the Blues Began explores the antebellum origins of American music, a topic more recently (and brilliantly) explored by Dennis McNally in his book On Highway 61. Musical traditions were imported with African slaves, who mixed them with European styles (especially from worship services) and developed a language coded to confound (and mock) the ears of their masters. These prison songs bring the material forward by a few decades, keeping the spirit intact, uncomfortably reminding us that there’s glory in the roughness—and probably more nutrition than what’s baked from the white and refined.