The Road to Compatibility Is Paved with Good Intentions, Or, a Bus Named Desire

From the Tech Vault Dept.: This looks like a proposed column for one of the several computer magazines that published my stuff during the early 1990s. As far as I recall, this never made it into print. What a wise editor chose to spare the world, let this blog inflict.

EVEN THE MOST ROTTENLY-SPOILED CHILD can’t achieve the snooty insolence my computer comes up with. You’d think it had to worry about baths and bedtime. Most of the ill-behaved kids I know won’t eat a number of health-giving vegetables and fruits; try to feed my computer a necessary add-in card and it crosses its arms, pouts, and refuses to listen. 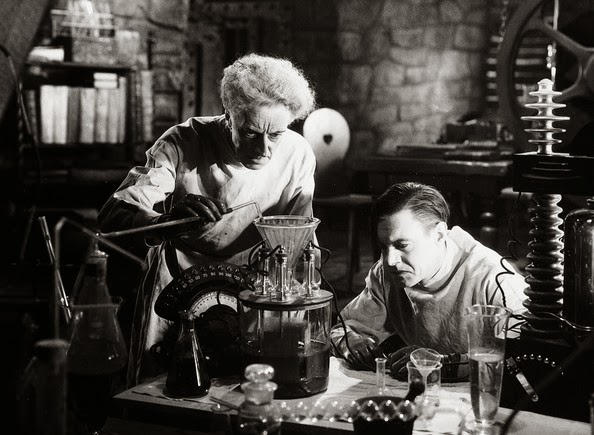 The last time this happened I forced it into the car and across town to Uncle Dan’s Compute-o-Rama, the charmless hardware emporium that will some pretty story tell or kiss the place to make it well but not much else. Still, it’s the only game in town.

I was seated on a bench amidst a crowd of fellow-sufferers, my ailing machine propped on my knee, when my eye was arrested by a sparkle of silver. A lanky, snap-brim-hatted fellow with a George Raft sneer was flipping a shiny co-processor chip, leering in my direction.

“The dingus is sick?” he said, his voice mulched with irony.

George jerked a thumb toward the parking lot. “Follow me. I wanna show you something.” As we left the shop, he reached into his jacket pocket and produced a handful of processors, co-processors, RAM chips and the like. “Look  at ‘em. They get along so innocently in my pocket. But put ‘em in a machine together and all they do is fight. I found these in the garbage out back.” He scattered them across the macadam and led me to his car.

I know: you’re snickering at the insanity of following him so blindly. I admit it. It was foolish. But computers affect my reason. I’m too obsessed with these machines to remember that you simply don’t drive off with a stranger, even when the chips are down.

He drove me to a suburban street and parked in the driveway of a drab house that looked like all the rest. The door was opened by a smiling Jack Oakie type who shook my hand warmly and said, “We can’t show this to just anybody. The serious business types think it’s a trick, and nerds go crazy over the simplicity of the idea. Which they know will put them out of business. People won’t believe you, of course, but we know you’ll be first in line to buy one when it’s released.”

I was led down to the basement workshop, where a pair of mad scientist-jacketed technicians hovered around a bench scattered with boards and transistors, dotted with spangles of solder.

“So you wanna see this thing,” one of the men stated flatly, not looking up. The lights in the gloomy room were concentrated on the table, but I got an impression of piles of electronic equipment lining the walls. Although there were no banks of dials or arcs of electricity snapping through the air, I wouldn’t have been surprised to see Tor Johnson lumber past.

I approached the bench, more nervous with these actual inventors than with my sci-fi fantasy. “Sure,” I told him. “I just wish I knew what it was all about.”

A monitor sprang to life. I saw that one of the men had flicked on a power switch, and what I took to be a computer whirred and chuckled. “It didn’t beep,” I said stupidly.

“Doesn’t have to. Look.” He indicated the monitor. TESTING THE MACHINE, it read. Then: EVERYTHING’S OKAY. “Beeps don’t tell you what’s wrong. If any component fails the power-on test, it tells you which one.”

There was much more. During the next two hours I watched as boards were snapped in and out of the machine; as hard disks were exchanged and configured; as vast chains of SCSI peripherals were assembled and launched. And everything, everything worked. The machine – they had no official name for it yet, but there was some immodest belief that “The Personal Computer” was a good choice – the machine seemed to smile throughout the demonstration.

I accused them of trickery. They let me rummage through its viscera and I could find nothing amiss. I accused them of rigging the components. They fetched my computer and placed all of its cards inside their machine, which happily configured itself and went to work. I demanded an explanation.

“It gets very technical,” one of the wizards said, “but it boils down to this: This thing’s a computer. It’s a stupid machine capable of accessing and processing a lot of information. We’ve spent hours and hours programming it to recognize all possible peripherals. It figures out how to accommodate them. Simple as that.”

“So why don’t the mainstream manufacturers do this?”

The man shrugged. “Takes a lot of time. Cuts down on after-market repair fees. Who knows. Whatever the reason, they’re nervous about this. We’ve shown it to some industry people by mistake and at first they threatened to stop us. Now they say they don’t care.”

He returned the add-in cards to my machine as he continued. “We’d have to charge more than anyone else, at least at first. And we’re not even capitalized to go that far. But it’s a great idea. Don’t you think so?” He flipped my computer’s power switch on and watched it sputter and die. “I can fix that,” he said. “But it’s going to cost you.”